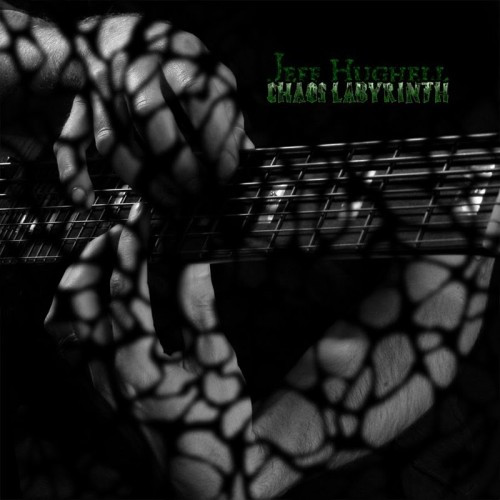 As one of metal’s most talented bassists, Jeff Hughell is literally in a league of his own, as he primarily plays in two-handed tapping style, which is quite uncommon. Already he has been a part of numerous quality projects, but what most don’t know is that he is also a solo performer. He already has one release of bass-and-drum-only death metal under his belt called I Came To Hate. Now he has recently released a second bass album called Chaos Labyrinth. This is an insane album, and is stuffed with a lengthy, jaw-dropping number of guest spots.

The only guitars present on the album come in the form of classical guitar on “Evolution” courtesy of Tyler Layne, and three guitar solos—one by Ola Englund (Feared, The Haunted), one by Matt Sotelo (Decrepit Birth), and one by Nick Avalonitas.

As you can hear from the two tracks embedded above, this is an album unlike anything you’ve heard before, an album both balls to the walls and alternatively beautifully subdued. The first track I embedded “Chaotic Implosion”, is, as the title suggests, a highly volatile explosion of technical bass playing that shows Jeff Hughell at his fastest and most mind warping. The second track, “Let It Go”, is a somber melodic excursion guided by restraint, only to be broken briefly by a swarming mass of furiously fast tapping toward the end of the song. There is an elegantly emotive feeling of mourning and loss that exudes from “Let It Go”, a feeling I can’t get enough of. 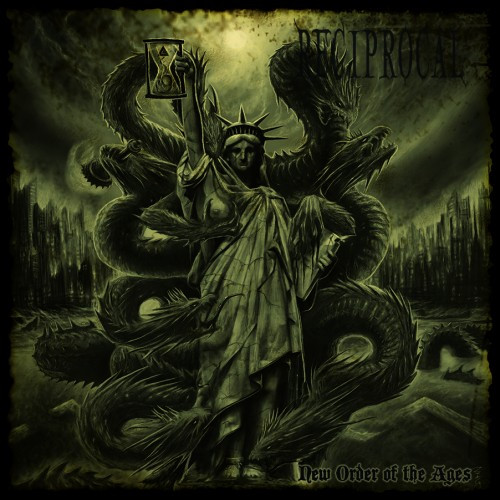 I heard about this band because Jeff Hughell is in it, and unsurprisingly they are a phenomenal band. Since hearing of them, I’ve been waiting in anticipation for many months for their sophomore album, New Order Of The Ages, which has now finally dropped. To give an idea of what they sound like, they are from the Hate Eternal school of blistering, towering, jack-hammering death metal. But they deny being pigeonholed to one style through their frequent switch-ups in direction toward parts more technical, black metal, slam, crushingly groovy, and melodic on a few tracks, and they also allowing for a plethora of bass-only moments.

The album is interwoven with creepy audio clips with themes of paranoia, American politics, protest, conspiracy theory, and societal malaise. All of which are eating away at the foundation of our illusions of greatness in the USA.

This is a monster of a record, with killer performances by all the members. However, in giving a prominent voice to the bass in the songwriting, they’ve shown what’s possible in a way that few others are doing. New Order Of Ages is an absolutely gigantic and terrifying slab of death metal. Many bands aim to deliver such a feeling and experience, and yet very few end up sounding this goddamn apocalyptic and so calculatingly seething.

The album should be up through Bandcamp soon, but enclosed below is a streaming link to the album on Spotify. A link to buy the album via PayPal from Reciprocals’ website is included below as well. Welcome to your American Anonymous Apocalypse. 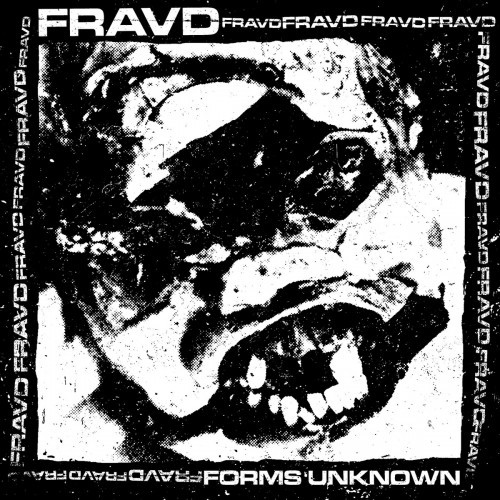 Way back in May of this year, an intriguing release was announced to the public via Lambgoat.com of a new sideproject called Fraud, who would soon be releasing their debut, Forms Unknown. At its core, the group consists of ridiculously talented guitarist Josh Mahesh (Heikousen) and equally talented drummer Jesse Beahler (Jungle Rot, Rings Of Saturn). They are joined by such a lengthy list of talented guest spots that it makes this practically a supergroup.

For those unfamiliar with Heikousen, they are a ravaging band from Philadelphia who craft a messy melting pot of hardcore meets metal, done in an early 2000’s true metalcore fashion. Some parts of their debut from last year, Parallels, remind me of Botch and Burnt By The Sun—if their music had a death metal influence and was shred-heavy. I still regret not reviewing Parallels, as it was easily one of the best albums I heard last year. So, to make up for that omission, included is a Bandcamp link for those curious.

Some of the vocal guests on Forms Unknown include such well known names as: Mike “Gunface” Mckenzie (The Red Chord), Mitchell Luna (Maruta), Chris Alfano (East Of The Wall), and Mike Hrubovcak (Azure Emote, Monstrosity), who has spots on almost every track. This is in addition to several other guest vocalists and three guest bassists.

What Forms Unknown delivers is a rabid mix-up of technical death metal and grind, though they do allow for some slower parts that lend a sense of balance to the primary pummeling onslaught. At just under 20 minutes, Fraud pass by quickly, but pack a lot into each song. If this album doesn’t inspire a sense of vitriol in the pit of your stone heart, your brain is lying to you.