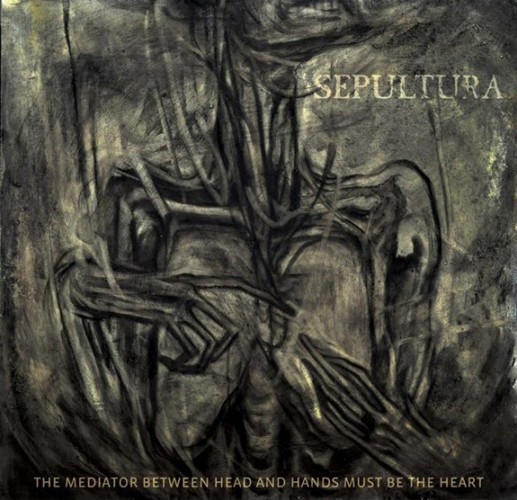 Talking about a new Sepultura album is surprisingly difficult.

The politics, the media attention, the factions, and the infighting – both between the band and ex-members, and between the fans of various eras – mean that getting any sort of clarity of feeling or judgement can be a tricky business. It’s very easy to be biased or prejudiced, one  way or the other, when it comes to a band with so much contentious history.

It’s a bit unfortunate that this is the case, as The Mediator… (as it shall henceforth be referred to for brevity’s sake) continues what I see as a pretty damn fine run of form for the modern incarnation of the band, a group who simply refuse to rest on their laurels or let their legacy continue to be defined solely by past glories. 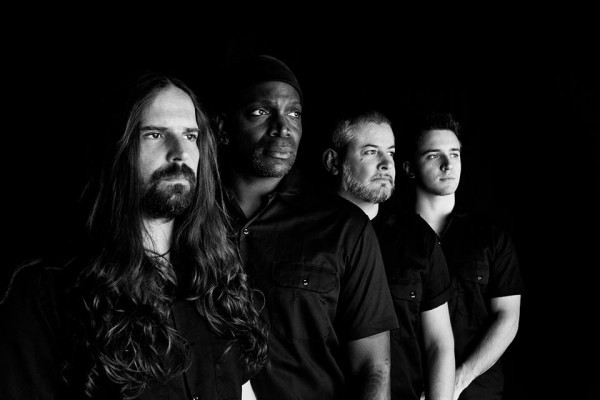 Although it took the band a long time to find their feet after the infamous (and acrimonious) split, by the time Dante XXI came around, the Sepultura of the new age had finally hit upon a new formula – full of reawakened fire and creative vigor – which has come to define them ever since.

With a well-integrated concept, a barrage of killer riffs, and a heaping of vitriol (not to mention a nice line in slow-burning menace when the occasion called for it), Dante… was the first step in the band beginning to carve out a new legacy for themselves. The similarly conceptual A-Lex followed – not quite as successful, but still a welcome addition the band’s ever-growing repertoire – before Kairos took a step back from the more evocative concepts in favour of a more focussed approach to delivering some signature Sepulthrash groove.

With The Mediator… Andreas Kisser and his cohorts – because let’s not fool ourselves, Andreas has been the guiding force of the band for a long time now – have returned once more to the conceptual well which served them on Dante… and A-Lex, this time producing an album based on themes drawn from Fritz Lang’s legendary Metropolis.

Immediately you’ll notice just how ball-breakingly heavy this album is, as the devastating thrash-quake of “Trauma of War” kicks in with some of the most vicious, obnoxiously aggressive riffage and brutal drumming the band have produced since Arise, assaulting the listener with a chaotic cacophony of pure, bestial rage and venom.

Rabid, raucous, and menacing, “The Vatican” continues the work of its predecessor with a vengeance, bludgeoning away in an absolute frenzy of frantic riff work, scathingly aggressive tremolo lines, and whiplash-inducing drums – all while managing to work in a series of hypnotic, grooving rhythms and dissonant lead parts amongst the otherwise unrelenting aggression.

Indeed, drumming-wise,  this is a pretty fantastic album throughout, with new sticksman Eloy Casagrande – stepping into some pretty big shoes –positively brutalising his kit with impressive intensity and lethal precision, his youthful energy seeping through in every storming thrash beat and percussive tribal pounding.

Kisser is also in top form, delivering an absolute barrage of iron-clad riffs and squalling, caustic leads, his inimitable riff style, whether manifesting in the ultra-destructive stomp of “Impending Doom”, the twisted tribal tremolo work of “Manipulation of Tragedy”, or the outlandish extremity of “Tsunami”, helping to showcase the band at (arguably) the heaviest they’ve ever been.

Throughout each song the band work in an array of blistering hooks and moments of deep, crushing groove, demonstrating a definite method to the madness even while they positively bulldoze you into the ground. You can add “The Age of the Atheist” to that list as well, which marries slow-burning malevolence to sudden explosions of searing, jagged riffs and overwhelming energy.

Overflowing with riffs and brutally aggressive as the album undoubtedly is (Derrick Green remains a seething cauldron of rage, throughout), it’s not without its flaws, however.

Although the unusual flow and esoteric experimentation of “The Bliss of Ignorants” – switching from savage thrash to down-tuned grind to lumbering groove all within the space of less than five minutes – manages to succeed based on sheer intensity, the more measured pace of “Grief” meanders without ever discovering a sense of purpose or direction. Similarly, even killer tracks like (the already mentioned) “The Vatican”, and the unsettling violence of “Obsessed”, are weighed down somewhat by the overall concept of the album – the former in particular only coming to life after a drawn-out, and rather unnecessary intro.

There’s such a thing as being too clever, and in this case the whole concept either fits somewhat awkwardly or simply adds nothing to the package. Indeed, the album as a whole is at its best when you don’t pay too much attention to the “conceptual” nature of things and just dive full tilt into the band’s celebration of their own signature tribal-thrash style.

Ultimately, despite some minor flaws in its make-up, The Mediator… is another bold statement by a band who refuse to dwell upon the past or let themselves be pigeonholed as a nostalgia act. At times their ambition – their drive to continue to progress, creatively and artistically – may outstrip their execution, but when things come together their successes far outweigh their failures.

To my great (and continuing) pleasure, the Sepultura of today continue to refuse to try to recapture past glories, or simply rehash their old ways. And this is something that should really be applauded. It may have taken them a while, but they’re a band as driven and as focussed now as they have ever been. As a result The Mediator… is, without a doubt, a truly vicious, flawed gem of a thrash album, forward-thinking and ferocious, and quite probably their heaviest, and most outright extreme release in years.

The Mediator… was released in October by Nuclear Blast and can be streamed in full here. Listen to two songs below.

8 Responses to “SEPULTURA: “THE MEDIATOR BETWEEN HEAD AND HANDS MUST BE THE HEART””