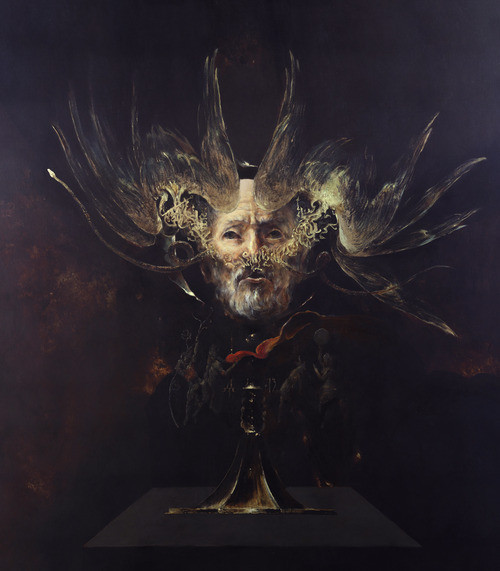 The pace of metal is molten, as in the pace of a pyroclastic flow. So much news and noteworthy new music erupts each day that I can barely keep up with it even when I’m paying attention. And over the last two weeks while on vacation, I wasn’t paying attention, or at least not much. Trying to catch up with everything that happened while I was away would be foolhardy — because while digging back through even two weeks’ worth of events I’d be missing a lot of what will happen over the next two weeks.

Having said that, I do want to make at least a partial stab at catching up, based in part on messages I received from my NCS co-writers and in part on a few random forays of my own while on vacation. There’s a high likelihood that many of you already know about what I’ve chosen to feature in this multi-part “Catching Up” series, but some may not, so I’m forging ahead. In this first part of the series I’m collecting release information plus new songs or videos by three excellent bands, in alphabetical order.

These Polish titans have a new album entitled The Satanist that will be released by Nuclear Blast on February 3 in the UK, February 4 in North America and Poland, February 5 in Japan, and February 7 in the rest of Europe and the world; it’s now available for pre-order in Europe here. While I was gone, the talented artist Denis Forkas Kostromitin revealed the album’s cover art, which you can see above. It’s a piece entitled “Chalice of Severance” and is described as “acrylics, gilding and blood on linen” — the blood being that of Behemoth’s frontman Nergal.

In addition, while I was away Nuclear Blast digitally released the first single from the album and also made it available for pre-order on vinyl. Its name is “Blow Your Trumpets Gabriel”, and here’s Denis Forkas’ cover art for the single (click the image to view a larger copy): 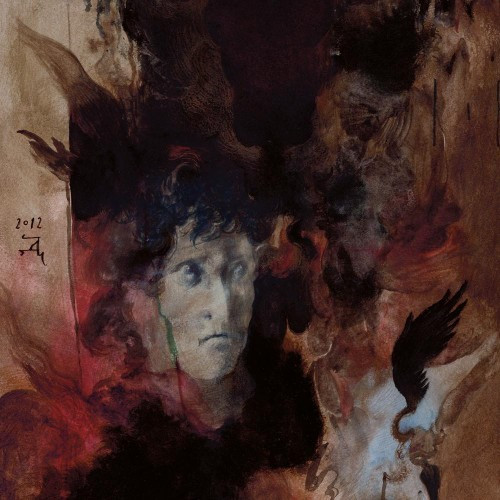 And finally, Behemoth released an official video for the song, in both a censored and an uncensored version. Of course, I’m embedding the uncensored, NSFW version below. The beautifully filmed video depicts a transformative Satanic sacrament, and it’s full of arresting imagery — too much to take in with one viewing. The song is completely dominating, a soul-scouring black/death powerhouse completely worthy of the Behemoth legacy. 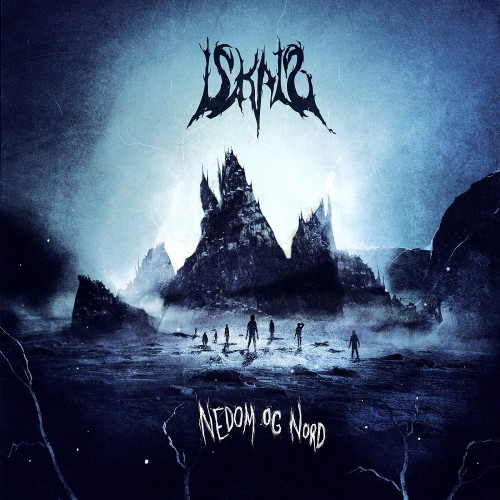 Norway’s Iskald also have a new album on the way. Entitled Nedom og Nord, it’s due for release by Indie Recordings on January 13 in Norway and most of the rest of Europe (and January 17 in Germany and Austria); it can be pre-ordered here. I don’t yet know the release dates for elsewhere in the world. The cover art for this album is also very cool, and you can click the image above to see a larger version.

In addition to all this news, Iskald also released the album’s first single while I was away. Its name is “Nidingsdåd”, and it’s riveting — a dark, scathing storm of black metal might, lit by flashing riffs and booming with thunderous bass chords and rapid-fire drum blasts and progressions. Dramatic, intense, instrumentally complex, and melodically quite memorable, it’s a fantastic song.

We’ve written several times before about this fine Icelandic band, most recently in an August review of their last official video. While I was on vacation, I was alerted to the existence of a new Skálmöld video by our friend MaxR of Metal Bandcamp.  But first, an explanation.

On the nights of November 28-30, Skálmöld performed an unusual show in Iceland’s biggest concert hall in Reykjavík. All three nights were sold out. The band didn’t perform by themselves. They were accompanied by the Icelandic Symphony Orchestra and two choirs — a total of approximately 270 musicians and vocalists.

In an interview about the performance, bassist/vocalist Snæbjörn Ragnarsson had this to say:

“[W]e very much knew where we wanted to go with this. What we really did not want to do was creating a dull layer of strings, voices and other instruments underneath the music. Many projects have fallen into that pit, and that feels, well, pointless. In our minds it was obvious that we should use all these new elements to create something new and broaden our songs. Us, the band, we had to play them quite different from what we are used to, some parts were left for the Orchestra to play, some parts were longer and so forth. With that said we still wanted it to sound like Skálmöld, like metal, not like a classical version of it or popish in any way, but bigger and more complex.”

The concert was professionally filmed and will be released on DVD (as well as CD) under the title Skálmöld & Sinfóníuhljómsveit Íslands LIVE, on December 17, 2013. Portions of the DVD have been uploaded to YouTube, and I’m embedding one of them below, for the song “Hel”, which includes a guest vocal performance by Edda Tegeder of the awesome Icelandic band Angist. Other clips are collected here.

I got chills watching and listening to this. It’s remarkable on many levels: As Snæbjörn said in the interview, the music beautifully unites the instrumental music of a metal band and a symphony orchestra, as well as the harsh voices of the metal vocalists and the pure tones of the choirs. The more you listen, the more you appreciate the symphonic arrangements for the song, which give it added depth, enhancing both its power and its beauty.

I confess that, wholly apart from the sound of the music, I also felt a sense of pride (and astonishment) as a metal fan in seeing this. I can’t imagine an extreme metal band like this one playing in a large, sold-out concert hall with a symphony and choirs anywhere in the U.S. for even one night, much less three. As if we needed any more reminders, Iceland is a very metal country.