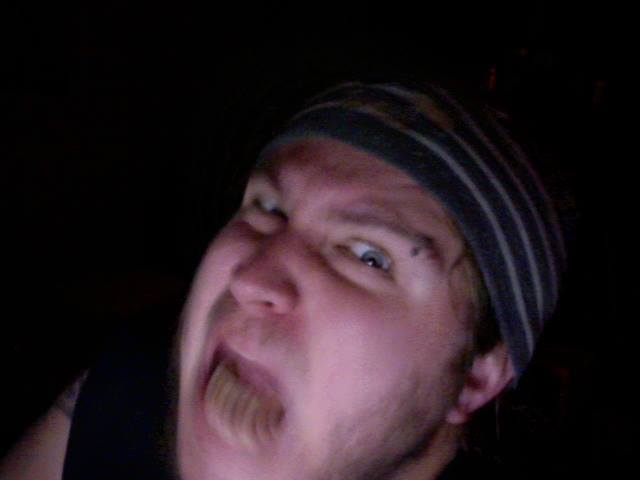 (NCS contributor Austin Weber introduces our exclusive premiere of yet another advance track from the forthcoming album by The Conjuration.)

As I mentioned rather recently when talking about The Conjuration here at NCS, they have a new album entitled Surreal on the horizon. While I have been informed it may be a couple months before it’s released, sole band member Corey Jason wanted to give us a bad case of aural AIDS caused by metal in the form of a new track entitled “Profane”. If anyone else suffers a similar reaction, please let me know so we can swap pics!

As far as The Conjuration tracks go, this one is a bit more straightforward, yet it still gives off the same mentally deranged vibe I’ve grown to love in the band’s music. While largely an aggressive death metal number, the early slight instrumental pause builds up the tension wonderfully— especially when coupled with the unsettling raspy howl that creepily appears for a few seconds hiding under the music around the 1:32 mark.

Then it’s back to caustic driving riffs and hellish vocals, until a nicely done esoteric black metal segment invades — which is followed up by big stomping riffs and more vocal vomit for a period. Until it gives way to a second instrumental pause laced with spacey synth, which slowly merges into tortured madman voices, shouting out until it ends.

2 Responses to “AN NCS PREMIERE: “PROFANE” BY THE CONJURATION”