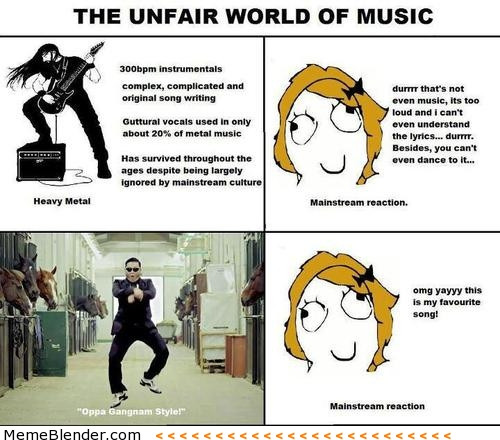 (Here’s another guest post from Dane Prokofiev, who writes everywhere and has his own blog at Zetalambmary. It’s a year-end list of a different kind.  As always, Comments are encouraged — maybe you’d like to add to this list?)

People who listen to and enjoy extreme metal have met these people before – be it in the form of perplexed roommates at university dorms or the curious and inquisitive stranger on the train who happens to see you listening to Flagitious Idiosyncrasy in the Dilapidation on your iPhone and feels compelled to ask you about your strange taste in music. Listed below are five things people who are not into extreme metal often say about a form of underground music that never ceases to confound their expectations of what can be considered good. 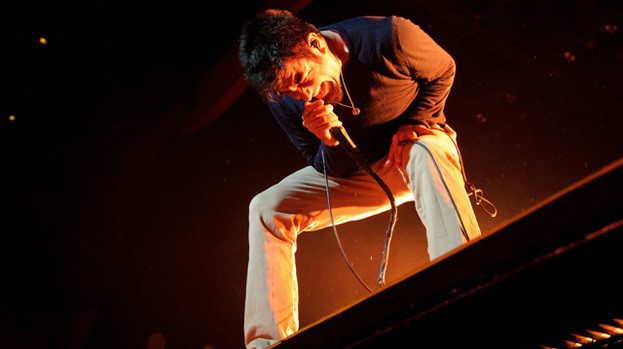 1. “Why do the vocalists scream? It’s so pointless – you can’t even make out the lyrics like that!”

I find myself repeating variations of this line ad nauseam to laymen who like to be able to figure out what the lyrics are just by hearing music: “You’re not meant to make out the lyrics; the voice here is just treated as another musical instrument.” Just as certain Classical music composers made certain orchestral sections play dissonant chords on purpose at certain parts of a piece of music (or even throughout) to create an aggressive feel or disturbing mood, harsh vocals often serve this purpose as well in extreme metal.

If you desperately need to know the lyrics of a song whenever you listen to an extreme metal song, go search for it online and memorize it. Then, whenever you listen to that song again, you’ll be surprised to notice that you can suddenly make out what the harsh vocalists are actually ‘saying’. I tried this with Abominable Putridity once and was slightly amused by how prior knowledge of the lyrics enabled my brain to ‘hear’ the words that had served as mediums for the inhumane death growls, gurgles, screams, and squeals to materialize.

There are, however, some harsh vocalists who are able to pronounce their words quite clearly even when they are ravaging their vocal chords by producing sounds that would literally scare the shit out of babies. (The lyrics still aren’t as easy to make out as in popular music, but it’s the closest thing you lyric-loving people have to audible lyrics in this underground music form.)

So to all the laymen out there, meet Mikael Stanne of Dark Tranquillity:

2. “It’s too fast/complex for me to digest and enjoy.”

Short of letting time and probability work their magic, there’s not much extreme metal appreciators can do to change the minds of laymen who think this way. It’s like trying to convince someone who simply doesn’t like harsh vocals to listen to any piece of music with harsh vocals in it. This is a critique that extreme metal appreciators find to be absurd, because often, it is the very speed and complexity of the music that makes it enjoyable in the first place! Extreme metal is an acquired taste and—I think it’s safe to say—much more so than traditional heavy metal is. So if a layman already finds traditional heavy metal to be indigestible because of certain reasons, it’s futile to ask them to try out the unpredictable beast that is extreme metal.

Of course, extreme metal bands who only focus on making their music as fast and complex as possible will compromise on their music’s potential to have a solid structure that organizes all the various musical elements into a sensible whole.

But there are some stellar examples of bands who manage to achieve breakneck speed, labyrinthine complexity, and a solid structure in their compositions. For example:

3. “How can you listen to that kind of music while sitting/standing still?”

Some laymen think that moshing and other acts of pseudo-violence during concerts only exist to be performed to the rhythm of aggressive music like extreme metal. I don’t know why, but they seem to think that it’s strange to be able to sit or stand still while listening to the music of bands such as Suffocation or The Black Dahlia Murder. I do it all the time on the train; I stand pretty still and have this rather blank look on my face. So I wouldn’t be surprised if other commuters think that I’m listening to the latest pop sensation.

I also understand that people who work out in gyms regularly use fast and hard music like extreme metal to aid in their exercises. I have a friend who regularly hits the gym and who isn’t a fan of metal music in general, but he listens to some extreme metal songs I’ve introduced him to in the gym because he says it helps provide a certain drive in his workout.

It might still continue to surprise many laymen out there, but there are actually people who can listen to this and look and behave as though they’re listening to classy jazz music: 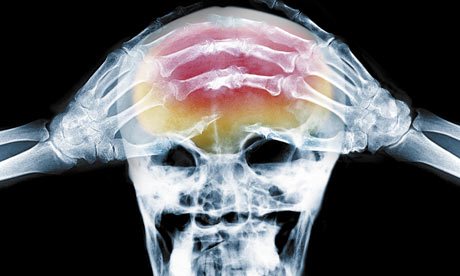 Whenever laymen say this, they are often referring to the heavily distorted and down-tuned sound of electric guitars, as commonly utilized by bands like Suffocation and Meshuggah to achieve the brutal-est and most intimidating of guitar sounds. This is another critique that tells you if someone can or cannot be ‘converted’ into an extreme metal appreciator. I mean, extreme metal is just one of those things in life that you either grow to like or detest at first listen. It really can’t be forced. If you find that you can never grow to like the sound of an electric guitar, even if it hasn’t been heavily distorted, perhaps you should be avoiding much of contemporary Western music in the first place. Seriously, I’ve met some people whose problem with metal music in general is the very sound of the electric guitar.

But to make laymen feel better, there is a sub-genre of extreme metal that could give even the most seasoned extreme metallers a headache: drone doom. Played at a loud enough volume, Sunn O)))’s brain-hemorrhaging music could be turned into an instrument of sonic warfare. 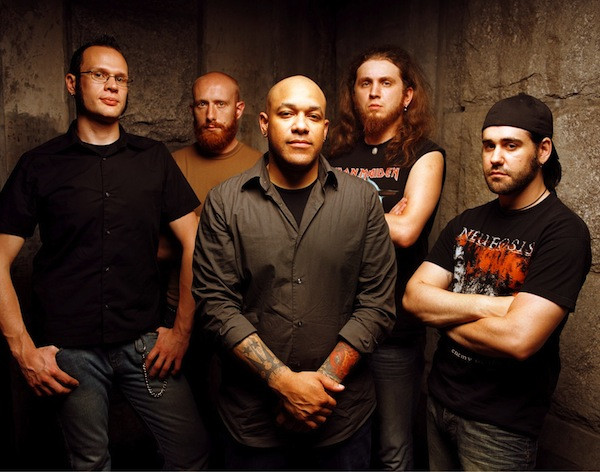 Granted, the laymen who say this can’t really be faulted, because they’re not even interested in extreme metal in the first place. But I find it annoying that they have this tendency to lump every other sub-genre of extreme metal together with death metal just because said sub-genres have a heavy sound and harsh vocals, too.

I would really like to find out who was responsible for spreading around such a faulty stereotype of extreme metal in the first place. Whoever did so probably had an ulterior motive of intensifying the stigma of listening to metal by attempting to establish a hard-and-fast rule that all extreme metal is about death, which is, y’know, a negative thing, and exploring negative things in music is bad because people don’t want to hear about bad stuff; they only want to hear about all that is good, fluffy, cuddly, and warm in the world.

Just to set the record straight: not ALL forms of extreme metal have lyrics dealing with death, cartoonish and gory cover artwork, and vocalists who utilize deep, guttural growls. Just because an extreme metal band like Beneath the Sky has a vocalist who utilizes death growls doesn’t mean the band is a death metal band (their lyrics deal with common metalcore themes like love, betrayal, and hatred). Sub-genre names aren’t just describing the sound of the music for which they function as a label – they are much more than that. Each one of them is a composite of numerous aspects, such as sonic characteristics, lyrical themes, cover art subject matter, cover artwork style, audio production quality, sociopolitical circumstances surrounding the sub-genre when it was created, etc.

Oh yeah, this is totally death metal because it has a heavy sound and death growls in it: