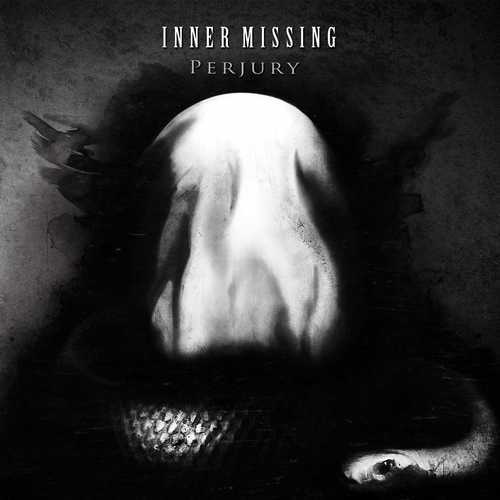 (DGR felt compelled to review the new album by a Russian group named Inner Missing before this fine year draws to a close. Approach this with an open mind, won’t you?)

I still haven’t written my top list. I know the site is in the midst of Listmania, but there are still albums that came out this year that I feel like we owe something to. This is always the case at the end of the year, though. A million discs come out and we swear up and down we’re going to get to them, but we never do, for whatever reason. And thusly, we find ourselves playing catch up, or in my case discovering shit that came out way earlier this year that I really enjoy and want to share with you fine folks. Such is the case with Perjury, the 2013 self-released disc by St. Petersburg, Russia-based group Inner Missing.

Somehow, the band’s video for the song “The Sea Of Grey” wound up in our staff discussion space, and I really took a shining to it. I know everyone else reacted pretty strongly to it, but for some reason I was drawn to this band’s style. Maybe it is the whole underdog nature of it all: a Russian group who take themselves very seriously put out a disc that is incredibly goth, so much so that all the tropes of that style of music are identifiable to a ‘T’ from the get-go. For some reason, I found it so goddamn endearing that the group has always been on the back of my mind, and only now have I found myself determined to review this album.

So, for a change of pace and something a little different from the usual No Clean Singing slate of madness, I give you Inner Missing’s Perjury. 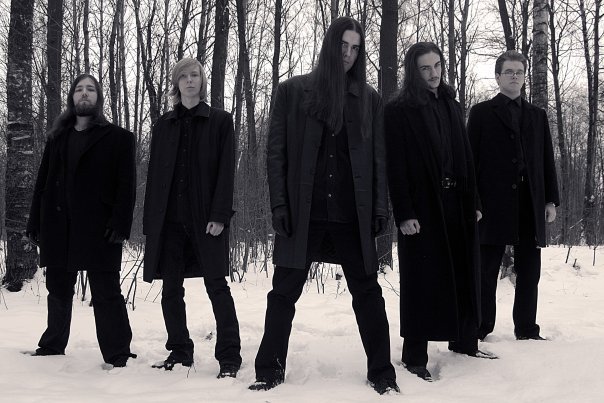 From an outsider’s perspective, it has always seemed like Russia – as well as much of the former Soviet bloc and now Eastern Europe – is part of the group of places that is really keeping the goth scene, its music, and all its variants, alive. Anytime you see videos of a modern-day group of them, it always seems to be from that area, and to me, that has always been awesome. The child version of myself who once dyed his hair blue for a whole three days because he was such a rebel is happy as hell that scene has never fully died out or faded away – just shifted continents to one with a language barrier separating it.

I’ve always been a fan of the dystopian universes of the cyber version of the scene, as well as the general craziness in terms of style, and even though now it may be entirely nostalgic, I still find myself impossibly drawn to any movie/game/music in which a dude is wearing a trenchcoat and shades. That’s why it wasn’t shocking to see that Inner Missing and their specific brand of music hailed from that area; it seems to be one of that country’s signature styles.

This specific brand of doom, one that draws in equal parts from My Dying Bride, early Moonspell, Candlemass, Charon, and the theatrics of The Phantom Of The Opera, is one that is immediately identifiable as part of the goth scene – especially when you factor in Inner Missing vocalist and founder Sigmund’s vocal style — a very low, dramatic, and operatic singing, and the occasional scream. If I had to pick a part of the music that I imagine is going to be immediately polarizing around here, it’s going to be that.

The part that tends to be enjoyable when it comes to bands like this is that they truly do give it their all, no matter how silly it may seem to anyone on the outskirts. They have an enthusiasm for the style of music that they play which is infectious, and you feel it throughout this disc. They really know what they’re aiming for and they’re going to give it one hundred and ten percent — there’s no focus testing, no one steering the band, it feels genuine in a way that really makes you cheer for them – no matter how much it may seem crazy that you have this low, operatic style on top of doom riffs that other bands would kill for.

Perjury begins with the lead-off single “The Seas Of Grey”, a song that is both atypical and the format for many of the songs on the disc. It’s different from the other songs because it’s the one of the eight tracks that has the most singing. The whole song is written around Sigmund’s almost baritone vocal lines and exaggerated pronunciations of certain words. The song itself is a remarkably melodic tune that just about any band could do amazing things with. There’s actually a little bit of Daylight Dies streaked throughout the whole song on the guitar-work side of things, along with the swells of the keys.

The moments when the band actually get heavy in “Seas Of Grey” are great, too — the specific double-bass roll, tremolo-picked guitar, and screaming section in the last fourth of the song after the spoken bridge is a surprisingly headbang-worthy moment, and the group run with it, taking a song that was initially a tune heavy on the goth trappings and turning it into a heavy death and doom combo. “Seas Of Grey”, however, is the one song where the mood shifts constantly throughout – although the song “Blindfolded” comes damn close with a similar formula.

Each song on Perjury other than “Seas” and “Blindfolded” tends to stick with one mood throughout, so in that sense “Seas Of Grey” is the most dynamic — probably why it was chosen as the lead-off — but the surprising thing is that outside of the titular song (which is a piano-heavy ballad — it’s wash for me, but I can see the purpose it serves for this sect of music), this CD actually gets really heavy and there are a couple of moments in particular (such as the opening of “The Stranglehold Room”, which is goddamned great) where Inner Missing remind me a lot of In Mourning, To be fair, In Mourning started as a goth metal group before becoming a progressive death/doom metal band, so maybe that sound never quite left them and the similarities may be more cogent than I had thought.

However, whoever in the band came up with the song “Frigid Stars” deserves a medal, because that song has a serious groove to it and it rocks really hard. The bass-heavy part of the song that pretty much defines the guitar riff, keeping the song heavily rhythmic, is just great, and everything past the two-minute mark feels like it’s an In Mourning tune by way of My Dying Bride’s feel for theatrics. Same goes for the entirely instrumental closing song “Lifers”, which has a serious swing and swagger to it. Also, the guitar melody that dances between the notes for most of the song, rotating with the keyboards almost flawlessly for much of it, is really cool.

Going into Perjury initially was a lark. I hadn’t planned on reviewing it, but instead was just curious about this band whose unselfconsciously ridiculous video we had stumbled upon. But lo and behold, after giving the album a chance, it actually grew on me quite a bit. I’d already had a soft spot for the goth scene, so that may be why I was able to adapt to the vocals so fast. The thing is, once you get past the vocal trappings on this album (if you need to — I enjoyed it from the get-go), Perjury is a doomier and heavier disc than what you would expect. We’ll play the “Seas Of Grey” video below, but just be aware that it doesn’t quite represent the whole disc. It’s an enjoyable single for sure and the part where the song gets heavy is just great, but Inner Missing spend the rest of Perjury doing heavy so much better, and there’s a lot on the disc to enjoy because of that.

Each song is a six- or seven-minute journey into grey skies and snowy fields, accompanied by the depression that doom tends to weigh down upon its listeners, but Inner Missing have a great ear for melody on top of it, so that even Perjury’s slowest moments go by really fast, keeping you interested to see just where the hell the band will go next, chomping at the bit for the next part of fast-moving guitar and double-bass drumming because the band are at their best when they do that. The group are old hats at this, with Perjury being their third full-length alongside a few EPs and two singles.

As a first-time experience with Inner Missing, Perjury was surprisingly enjoyable and endeared itself to me each time I listened to it. It’s not the heaviest thing on the block, but there’s a lot to like on this disc, where each moment of heaviness is crushing and feels like a treat after the doom-heavy journey before them. If you’re not used to it, then at the very least I would recommend checking out “Frigid Stars”.

EDITOR’S NOTE: Perjury can be purchased here, and it’s also available on Bandcamp via this link. Stream the album below.