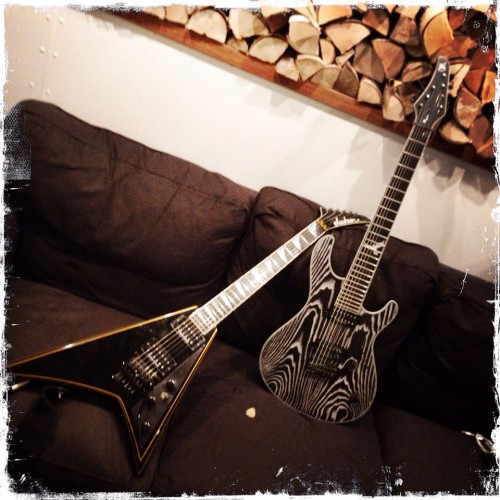 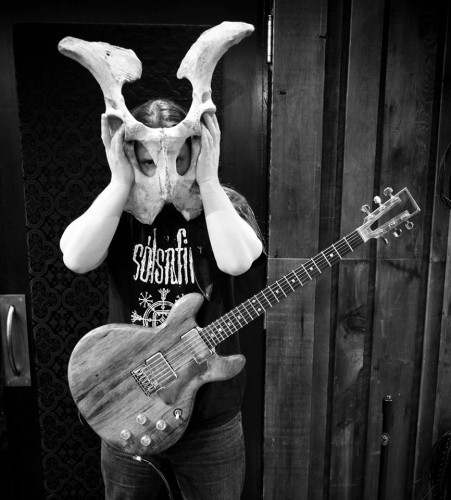 And here are a few posts that have appeared over the last week on the Facebook page of Agalloch’s John Haughm (pictured above wearing a very nice shirt). The last of these appeared early this morning (and is perhaps the most interesting of all):

“Today in the studio, the words “this is starting to sound like a mixture of Landberk, Anekdoten, …and Bethlehem” were uttered…”

“After hitting it hard for the past few days, guitar tracking is finally done. Really happy with tones thus far. My primary weapons of choice on this record – Travis Bean 1000S, Hagstrom Viking semi-hollowbody, a vintage echoplex, various boutique pedals, and a variety of custom Hovercraft amplifiers designed and built by a local tube amp genius…”

“Another 17 year old tradition….before tracking vocals, I listen to this record to get fired up. Today was the first of 2-3 days of this ritual. This is probably my favorite Finnish death/black metal album. Period. For being 20 years old, it hasn’t aged at all and…those vocals….chills every time. My copy was autographed by Taneli and Vesa when I met them earlier this year. Though extremely rare, I too have fanboy moments…”

That last post was accompanied by this full-album stream — North From Here (1993) by Finland’s Sentenced. Very interesting, and very cool.

2014 is nearly upon us, and it promises to bring another flood-tide of excellent new metal. The forthcoming albums by Insomnium and Agalloch are certainly among those I’m most eager to hear. Which ones are you most stoked about?  Let us know in the comments, and if you have any thoughts about anything else in this post, sound off.

And now here’s a little playlist suitable to the subjects of this post.

12 Responses to “INSOMNIUM AND AGALLOCH: NEW-ALBUM UPDATES (and a playlist)”