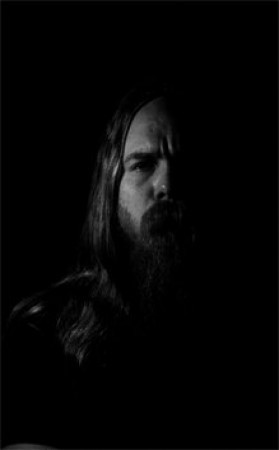 For many reasons 2013 was a musically poor year for me. I was very busy with work, I then changed jobs, I bought a new home, sold an old one, and then moved somewhere else. Hence I’ve not been out there searching for new music or even keeping up with my favourite blogs. As such, when it came time to make my yearly pontifications I realized I had barely heard ten albums, much less liked ten albums this year, so I relaxed the verbiage a bit and settled on “releases”, as this would let me include: EPs, demos, splits, and so on. In the end, most of the selections are albums, but some are not. So without further ado, here is the 2013 list of my favourite releases:

An album I accidentally stumbled over, and have not been able to let go. Slow melodic black metal, nothing unique but generally well done.

Ulcerate has released a great album with Vermis; there is enough chaos here to keep me interested but without losing sight of the greater picture, resulting in some good songs.

With three songs clocking in at a just over 40 minutes gives you an idea of what you’re in for, then realize that the last track is an impressive 20 plus minutes. If you’re in the mood for a good doom album with a splash of black metal this is your release.

I first ran across Abbotoir earlier this year with the XLI demo, featuring just a single 20-minute song, I immediately loved it. Returning now with two songs clocking in at almost an hour, it should be clear we’re in funeral doom territory here, albeit with spits and spurts of speed to mix it all up.

Peste Noire return with an album which in many is more metal than their last one, but which at the same time is a bit less interesting. Not a bad album just perhaps one that is if not less challenging, than challenging in a different way. Listen, let it wash over you and then listen again.

Like it’s two predecessors in the What Once Was … Liber series, this is harsh and industrial, with no melodic interludes or anything to catch you. It’s droning, uncompromising, and unmistakably Blut Aus Nord.

Two ferocious tracks of black metal which make me think of Deströyer666. This isn’t a release that gets points for originality, but when you can pull off thrashing black metal this well, that’s really all you need.

The Ashencult track is a mostly mid-tempo affair of great old school black metal. Much like last year’s album, this isn’t necessarily breaking any new ground, but once again the execution and fire is all there, and that takes you a long way. The Mephorash track on this split melds well with the Ashencult track, giving the split a nice consistent sound. Overall a great little split.

Once Nightbringer’s  first track on this split gets going after a lengthy intro and build-up, it does not cease — absolutely relentless complex black metal, with that special sound that right away identifies this as Nightbringer. It’s on the second track where they really shine though. Perhaps a bit simpler and more straightforward, it’s an absolute ripper of a song, which currently tops my list of most-played songs of the year. The Dødsengel tracks presented here flow beautifully together, clocking in at an impressive 17 minutes total. For anybody who likes complex and challenging black metal, this is the must-have release of the year.

I guess it’s slightly amusing that my top release of the year posted on a site called NoCleanSinging contains in fact NO singing at all. This is industrial noise black metal, with occasional random other elements thrown in. Coming from their earlier albums, this one is a step in a different musical direction, with less industrial droning. Some will welcome this, some will hate it. Complex and demanding, this is not for the faint of heart.