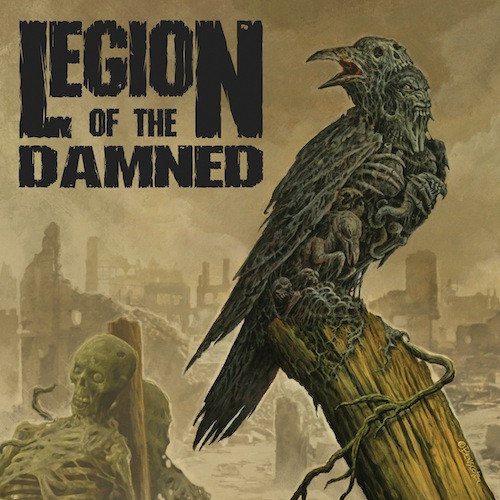 (In this post TheMadIsraeli reviews the new album by Legion of the Damned from The Netherlands.)

This is a good way to start the New Year.  I’ve been a fan of Legion of the Damned’s (or LOTD from here on out) brand of blackened death thrash attack since they formed.  They’ve managed to put out nothing but consistently good to great albums since they started.  What’s kind of surprising to me is that even though these guys have a six-album discography, a lot of people don’t know who they are.  Because of that, I’m going to write this review from a kind of introductory perspective, rather than assuming that our readers already knows of these guys.

The way to really view LOTD’s music is old school as fuck.  In thinking about all of their influences, all the bands they obviously look to, focus on the early end of those catalogues.  We’re talking Hell Awaits Slayer, Pleasure to Kill Kreator, Scream Bloody Gore-era Death.  The black metal influences are more difficult to pinpoint; they are more just an extra element mainly added into the guitar performances.  The name of the game is gritty, fast as hell, riff-driven thrash metal with death metal and black metal fringes.

The name of LOTD’s latest offering is Ravenous Plague.  It’s a fitting name, because everything about this album is like a fast-moving, civilization-slaughtering disease at work.  This album is a bit on the filthier side as compared to their previous work, which always maintained a more mechanically precise attack.  This is, to my recollection, the most that the band’s thrash roots have dominated their sound, and the result is pretty fucking killer.  Ravenous Plague is nothing but ravenous feral sonic evisceration. 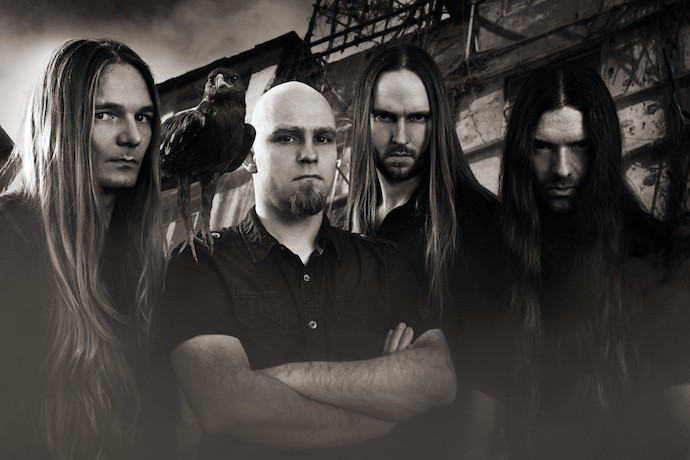 The vocals of Maurice Swinkels are as paint-stripping and corrosive as always, with the bass and drum work of Harold Gielen and Erik Fleuren providing a blistering smattering of battery acid and sewage as the backing to the machine-gun-fire riffage laid down by Twan van Geel.  The mix is also really gritty and unpolished.  It helps the mood of the music, and feels delightfully unrestrained in the way it hits you.

I’d recommend this if you like fun, consistently stellar, thrash with peripheral influences.  It’s a solid record, and definitely a nice way to start 2014.

Ravenous Plague will be released in North America by Napalm Records on January 7. The cover art is by Wes Benscoter. The official videos for the songs “Mountain Wolves Under A Crescent Moon” and “Doom Priest”, as well as the song “Summon All Hate”, can be seen and heard below.

6 Responses to “LEGION OF THE DAMNED: “RAVENOUS PLAGUE””