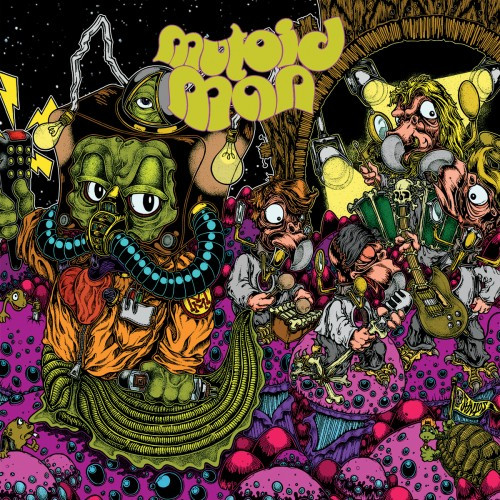 2013 was the year where I finally came to accept the EP. In years past, I had been a bit of a quantity guy with music: I found it hard to pull out my hard-foraged earned cash to buy less than an album’s worth of music. However, extremely strong EP (and shorter) efforts from Black Crown Initiate, Bolzer, Obliterations, and Exmortus, among others, luckily broke that habit, as I now would easily go for 20 minutes of great music over an hour of decent stuff.

I say this because, had I not kicked that habit, I might never have listened to Mutoid Man’s new EP, Helium Head.

Granted, there were some very strong reasons unrelated to length that spurred me to press play; namely, that this is a “supergroup” featuring Ben Koller of Converge and Stephen Brodsky of Cave In in its ranks. Also, that cover art is pretty alluring.

Thus, I did indeed press play, especially now that the release is Bandcamp-able. Turns out, I should have done this about a month ago when this was released. 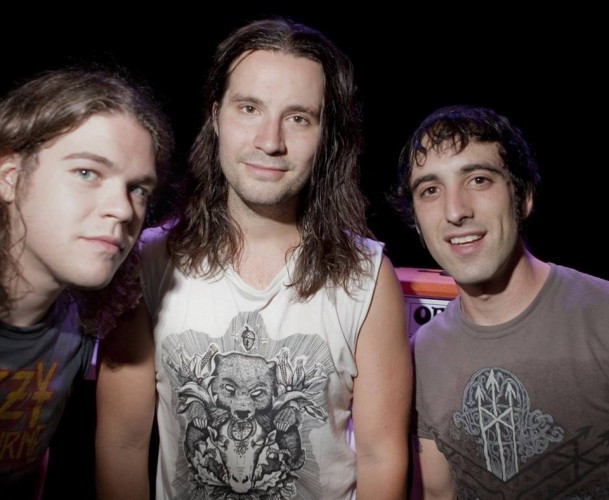 “Gnarcissist” kicks things off with a riff that sticks in your head like a (welcome) parasite, a pattern that continues through the singalong-inducing (yes, this is an Exception to the Rule) verse and chorus, though the singing does have a bit of static on it to make it all a little more rough, and Brodsky does escalate to yells and screams periodically. He’s helped by the positively massive drums of Ben Koller (I had to check and make sure these weren’t the creation of Kurt Ballou production) and some serpentine bass lines weaving throughout (also massive, of course).

Yet as catchy as “Gnarcissist” is, its follow-up “Scavengers” might be even more infectious, invoking Koller’s main band Converge quite a lot in the verse with some rather chaotic hardcore instrumental work, all under the passionate, grainy, cathartic vocals of Brodsky. Brodsky also effectively sums up his entire career on this song, working in some of the more spacey, proggy stuff he’s done recently with his more chaotic past recordings. If either of these two songs, or the subsequent “Scrape The Walls”, don’t lodge themselves deep in the recesses of your brain, then you may need to seek out medical attention.

However, what really sold me on this release, and got me to pull out my debit card to grab this on Bandcamp, was the finale, “The Manimals” (which is actually a cover of “Don’t’ Let Me Be Misunderstood” by Nina Simone, though the song is probably best known these days for its inclusion in the Kill Bill Vol. 1 soundtrack). The nostalgia of hearing that track covered (considering I have a friend who’s been endeavoring to remix that song for a while), plus its effectiveness as a happy note on which to end an EP that otherwise seems to get darker, more chaotic, and more Converge-y as it goes on, put a smile on my face that seriously wouldn’t go away for a good fifteen minutes after my first listen.

To put it concisely, if you’ve ever wanted Converge and Torche to be puréed together, then grab this EP immediately.