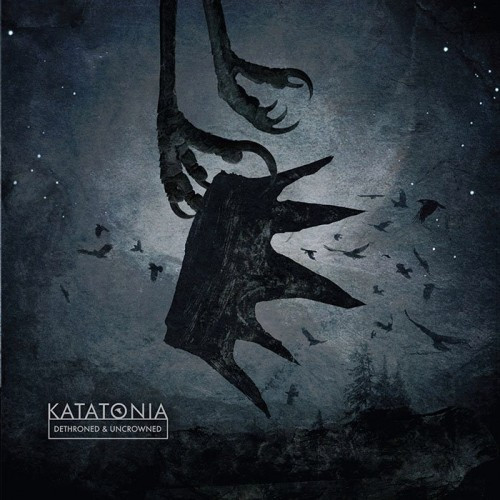 (DGR catches up with another album from 2013, Katatonia’s Dethroned and Uncrowned.)

We’re still running around here at NoCleanSinging like chickens with our heads cut off, the whole date-rolling-over thing and the idea of the year restarting still generally blowing our minds. It’s a constant thing, as we usually get used to the idea of a month happening again along about the July timeframe. We’re also still extending our looking glass into 2013, trying to talk about discs we either never got around to or, in the case of most of my upcoming ones, discs I had intended to review and have listened to a lot and just never got the chance to write about.

The beginning of the year usually has about a week-long lull where you have the ability to catch up before the new 2014 releases start to stack up, though the groups who have started to put out new releases on January 1st have really taken to shooting that idea in the foot. Such is the case with Katatonia’s 2013 re-imagining of their 2012 release Dead End Kings known as Dethroned and Uncrowned. It’s an album that I have listened to a ton, in both of its forms, and with this brief respite at the beginning of the year we finally have time to sit down and chat about it. 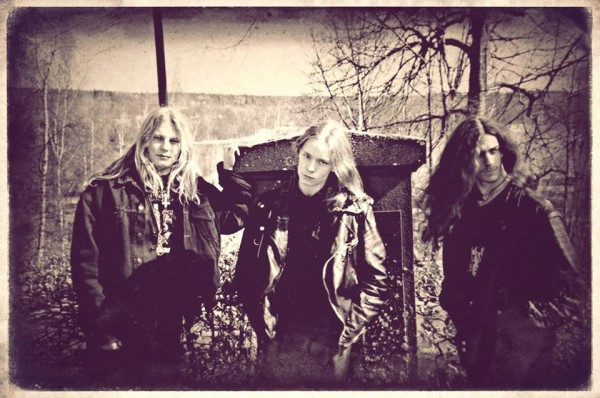 I am a long-time Katatonia fan, so this is a huge indulgence on my part. I tremendously enjoyed Dead End Kings, so you’re very much getting a fan’s perspective and familiarity with this album, and so fair warning if things start to get a little inside-baseball.

This is one of those reviews where I feel there needs to be a warning up-front that this release isn’t the usual fare for NCS. Yes, the site’s name has evolved into a somewhat joking piss-take on metal grognardery, and Katatonia is a super popular name, which means that most folks should already be aware of the fact that the band have clean singing across the whole disc. But even for Katatonia, Dethroned and Uncrowned is a soft, easy-going album.

Like most Katatonia releases and the album that spawned it (Dead End Kings), it is still relentlessly depressing and melancholic. This time the approach just happens to be different. The story beats and end-game all remain the same for the band, but the journey they take is on a different, yet expected, path for Katatonia — with Dethroned and Uncrowned feeling like an inevitability whose time had finally come. 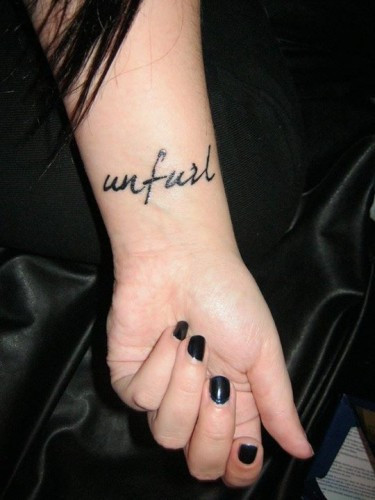 The story of Dethroned and Uncrowned is a simple one. The band have long shown the desire to put out an album that is pretty sparse instrumentally and acoustic. It’s been foreshadowed many times, with songs like the Frank Default remixes that they started putting out around the time of The Great Cold Distance, the song “Unfurl”, pretty much all of Night Is The New Day, and this time around with the Dead End Kings bonus tracks, including the entirely acoustic bonus song “The Act Of Darkening”. The band then started hinting that they were playing with the idea of stripping away a large part of Dead End Kings and re-doing the music as an acoustic, softer experience – which eventually expanded into the crowdfunding campaign and release via KScope Records that exists today.

The vocals on Dethroned and Uncrowned remain largely unchanged from Dead End Kings, but the music has been – in most cases – drastically altered. So up front, Jonas Renske is great. Dude has a great, cold, distanced (heeeyoooo) singing voice that I have zero issue hearing time and time again, be it in Katatonia or with Ayreon, or with Bruce Soord on Wisdom Of Crowds. It’s a testament to the strength of his singing voice and the recordings he did for Dead End Kings that the band basically said that they didn’t have to change any of his stuff, just rewrite all the music behind it to create a different experience. 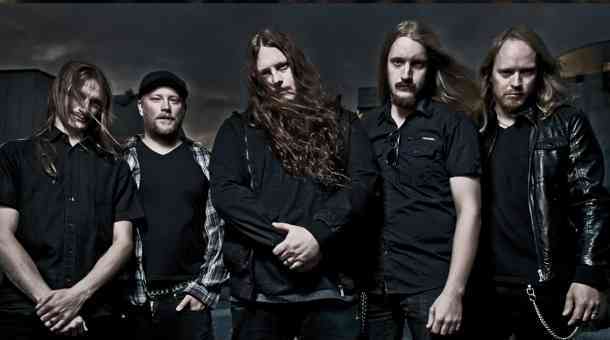 He’s one of those singers who has really grown into his own voice. Along about Great Cold Distance he became really confident in it, willing to stretch the range of what he sings about. Saying all of this, though, is like coming out as being pro-breathing or agreeing that water is wet. Jonas is the known factor of this disc and he’s the automatic guarantee that things will at least work well on the vocal front. It’s the other contributions where things start to get really interesting.

Most of the songs on Dethroned and Uncrowned actually benefit quite a bit from this new approach. The new dynamics of each song breathe some serious life into tunes that were already very enjoyable. The faster tracks from Dead End Kings, when played acoustic, all take on a bit of a Latin music air to them and the slower songs tend to rely heavily on a cold and distant keyboard and very light drum combo – if you’re like me, and one of your favorite Katatonia songs is “Unfurl”, then you’ll probably be right at home.

“Lethean” and “The Racing Heart” are easily two of the most interesting songs on Dethroned and Uncrowned. “Lethean” already rocked really hard and was one of the highlights before, but the new version of the track actually makes the song really fun to listen to. It also underscores just how interesting the guitar playing in this band has been. It is one of those things that is rarely mentioned, but a lot of Katatonia’s riffs are very intricate, and the acoustic versions of these songs really do show that off. 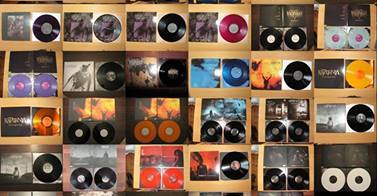 “The Racing Heart”, which was my personal favorite, is just as depressing as it has ever been. They really didn’t have to stretch too hard to change up the format of that song, but paring it down to its bare essentials hasn’t robbed it of any of its effect. The little bit of guitar melody that happens at the thirty-second mark of the song is excellent, and I find myself constantly looking forward to it. Much of Dethroned and Uncrowned plays out like this though, because the softer approach takes some really great songs and keeps them really great, just in a different form. The ones that felt a little overlooked get a boost as well, though not as much.

A song like “Hypnone”, for instance, suffers a little bit from over-exposure, because since Dead End Kings three versions of that track are now out there, and the version on Dethroned and Uncrowned veers really close to the Frank Default “Hypnocadence” remix that was a bonus track originally. It is one of the few songs on this release that suffers from the ‘it’s the same song, but softer’ label.

“Hypnone” has never been one of my personal favorites from Dead End Kings, mostly because it was surrounded by a group of really strong songs; as you can see by my previous paragraph, I’m more in the “Lethean” and “Racing Heart” camp of Katatonia’s music. It’s just one of those tunes that I think could’ve truly used a change, to take it from just ‘good’ into something great. Now we have only the softer version of the good song; I may have already ruined my experience with it by being a completionist who just had to have everything that came out when Dead End Kings did. 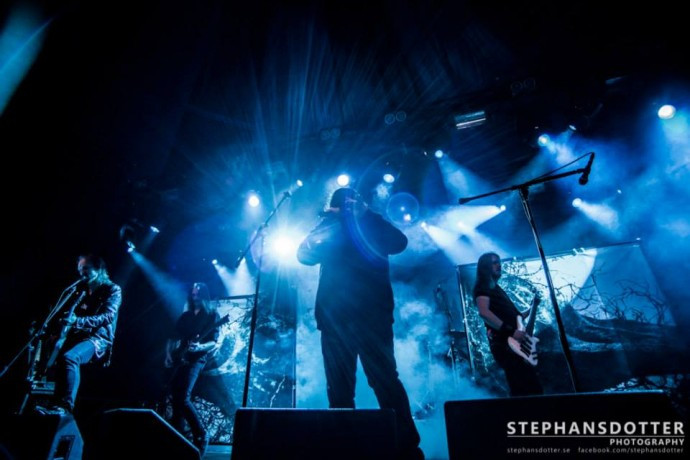 A couple songs get this sort of treatment, though none sticks out as much as “Hypnone”. “Buildings” veers really close to its original form for much of its length, but the heavy bridge section in the original gets changed over to an interesting strings-and-keyboard swell. That was an interesting transformation, because the chugging section in the middle of “Buildings” is one of the heaviest moments on Dead End Kings. This kind of alteration is one of the reasons why Dethroned and Uncrowned has been so interesting from the get-go. There’s the initial interest and novelty of hearing how everything has been changed around, and then afterward is when you really start bearing down and deciding which of the individual songs are worth more time.

Speaking as someone who absolutely loves Katatonia, Dethroned and Uncrowned was an easy purchase, and I can say with confidence that fans will love it and the hardcore fans should already have their copy. But to someone who may only have a passing knowledge of Dead End Kings, Dethroned is a little bit more difficult. It’s certainly not an Opeth Damnation/Deliverance situation where I can recommend the soft disc to folks, no matter what, and then the metalheads get the other, because neither one is crushingly heavy to begin with. Dead End Kings has its moments for sure, but it’s not a challengingly heavy album. It’s just a really good, depressive disc – which is why I opened earlier by saying that what they’ve done with the latest release isn’t shocking; it’s more a natural extension of ideas they were already playing with, and it’s really cool that they got the opportunity to execute on those extended ideas. 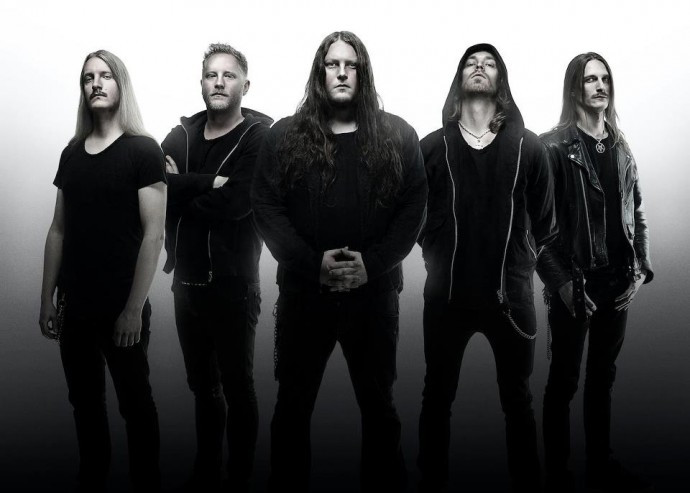 Some of the tracks don’t change enough to really feel all that different from their Dead End Kings counterparts. Others pretty much play it straight – they are the literal definition of what Dethroned and Uncrowned is, the softer, acoustic versions of those previous songs. The only reason this is a bad thing is because of the comparison to those songs that Katatonia really have changed a lot, creating a new atmosphere and a shift in identities, almost to an entirely new personality. Those are great.

They’re so good, in fact, that they really shine a light on places in the rest of the CD where the songs seem to be taking it easy. The band had the potential to be more adventurous in how they redid each song, and after the first few really good ones, you wish they had done that, because it’s that promise of the really heavy change-up that keeps Dethroned and Uncrowned truly interesting to the outside listener.

As a fan, this album was an excuse to hear Dead End Kings in a new light, a new excuse to listen to a disc that I already enjoyed a ton. Dethroned and Uncrowned is an idea that was a long time coming for the band, and I do believe it is capable of standing on its own legs. It’s a little bit of a shaky first step, but I would not be shocked to see this kind of transformation become part of the band’s future direction, especially now that they have this disc as a proof of concept that they can still create that cold, desolate, and melancholic feel for which we come to Katatonia in the first place.

3 Responses to “KATATONIA: “DETHRONED AND UNCROWNED””