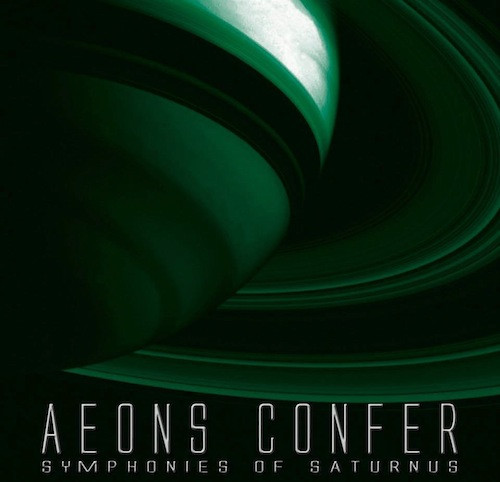 (In this post TheMadIsraeli reviews the 2013 debut album by Germany’s Aeons Confer.)

This was one of the best albums of 2013 and somehow it completely flew under my radar.

No seriously.  Aeons Confer bring the fucking business.  This shit is like being in the blast radius of a grenade that opens a black hole upon explosion.  Their debut Symphonies of Saturnus is frigid scorn-borne fury and death incarnate.  It’s rare you hear a melodic death metal record this apocalyptically explosive and dimension-devouring.

To be more exact, Aeons Confer play a clusterfuck style of symphonic industrial blackened death metal.  Not only is the core sound in itself vicious, the way the band play with their sound results in an album that’s quite diverse while also being monstrous in its crushing impact. 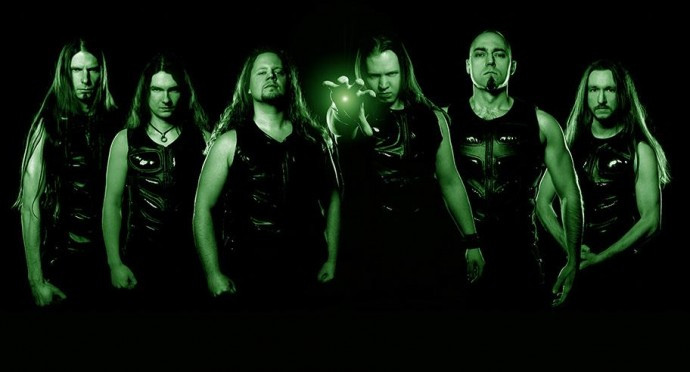 The influences that Aeons Confer draw from are numerous.  You can hear touches of Hypocrisy, Arsis, Emperor, Fear Factory, Suffocation, Dimmu Borgir, Strapping Young Lad, God Dethroned, Behemoth, and Vader, just to name a few.  This is essentially brutal music at its most cohesive yet most gratuitous and decadent.  It’s exactly what’s needed.

Just the opening song alone, “ESP”, shatters your soul and sucks it into the void.  The unrelenting nature of the blackened Gatling-gun fire and deathly shroud of agent orange laid upon the listener is overwhelming, without even factoring in the bombastic nature of the song’s chorus, where vocalist Bernhard brings out operatic cleans that call to mind Mikkel Sandager of Mercenary fame.

This album is also quite diverse for a consistently balls-to-the-wall release.  The next song, “Colossal Void”, sees the band taking a more blackened thrash approach with a grooving off-time mid-section that calls Suffocation to mind particularly.  The next song “Probe” feels more in the vein of straight-up black metal, save for the vocals’ more death metal inclination.  The extent to which these guys toy around with their sound makes them an incredibly fun listen, on top of the music just being chaotic and brutal as fuck.

I don’t have much more I can say.  Just fucking listen and judge for yourselves.