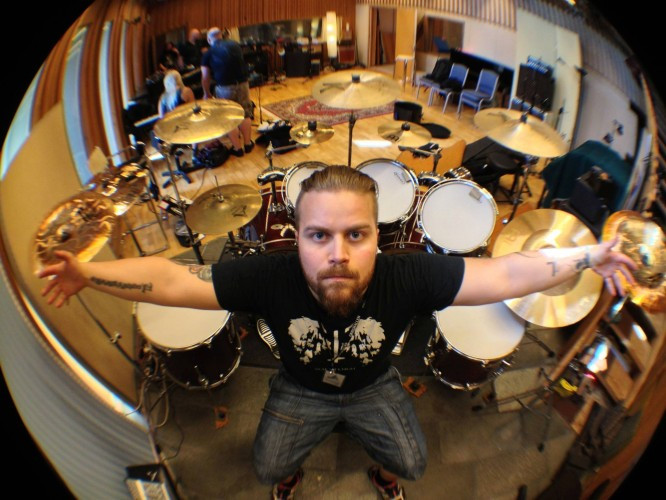 (When I was setting things in motion for our year-end LISTMANIA series, I invited Mads Lilletvedt (composer and drummer for Norway’s Hellish Outcast) to send in his list of favorite albums from 2013. As you’re about to find out, he didn’t really have a list, but he did have some things to share that I’ve been saving for the right occasion. And since earlier today we got a bit of a teaser about the new Hellish Outcast album from Andy Synn, now seems the right time.)

A few weeks ago I got asked to do a guest post for the prominent webzine NoCleanSinging naming the releases I’ve enjoyed the most this past year. Initially I was stumped by the question, instantly wondering if I had listened to anything at all this year!? My mind was completely blank, and especially as I interpreted the request to concentrate on releases from this past year. The year of doom. 2013.

It took me about 30 minutes time to reflect on what new music I had been spending my precious time around. It seemed that not one single track released in 2013 had stolen as much as a fraction of my concentration… whatever album I had raped was from either the 70’s, 80’s, or 2012… mostly… ‘cos I’m an album raper. I pick up an old gem and listen to it back to back for weeks. Months even. I get obsessed with the soundscapes of that particular recording, and never change it for anything else until I’m sick of it.

And therefore the newest music, ‘cos I do like to check out new music as well, is already at least one year old before I carve some time in my schedule to check it out. Anyway – uninterestingly enough – the latest “new” album I had spent some time with was Opeth’s Heritage. A slightly different approach to the progressive death metal I’m used to from that lot. However – great fucking drumming! But it wouldn’t be interesting for anyone to read yet another dissection of this odd rarity of a jazz album, with a slight refuse to any actual and obvious metal heritage…! 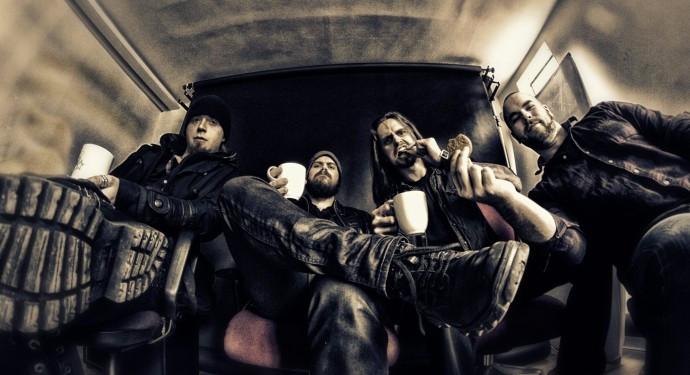 You might think that my life must be poor and worthless living, as I’m obviously missing out on the non-stop fuck-me-how-fucking-fun-and-great-it-is-rollercoaster-ride of exploring new music. I mean, I have friends who listen to a new album every day. That’s 365 records a year. No exception. Some sort of -ism, like in alcoholism, albumism?! I don’t get it. And I couldn’t really care less about what you might think… even just one new album every week (52 albums!!) would be too much to me.

The reason why I’m so blank is that these past 15 or 16 months I had focused every single day on writing, re-writing, arranging, producing, recording, and mixing what would become the next Hellish Outcast album. There simply wasn’t any time to look at whatever everyone else was doing, nor had/have I any interest in what anyone else was/is doing. It was going to be the best album we could possible produce, and we had a killer team working with us and the most wicked studio to record the drums.

As the writing process got along I had a feeling that this was going to be an angry beast, and very huge sounding! We had war-like melodies, obscure harmonies, and death metal infused with desperation. It was for sure going to be the most challenging album I had ever recorded, and I was going to do it as the last metal musician ever to record anything at all at the famous Grieghallen Studios, or “Pytten Studios”. In its past 25 years of existence the Grieghallen Studios had produced the careers of Burzum, Enslaved, Immortal, Gorgoroth, Mayhem, Emperor, Taake, Aeternus… and now it was the end of an era.

The studio is closed today. Never to be re-opened. Sad. And giving our session there a very special vibe. We talked about it a lot while spending 18 hours a day in that studio recording drums and percussion. And together with us was the mighty Russ Russell functioning as mentor, technician, and co-producer while he was high on gammal ost (Norwegian Old Cheese) and snus (Swedish chewing tobacco)… We then spent the entire summer in our own Hellish Studios recording guitars and bass while August was dedicated to final vocal touches and mixing (drinks) at The Parlour Studios in Russells’ hometown of Kettering, UK.

Making this album has been all-consuming. And it feels more rewarding than anything else (except fathering my daughter of course!!) to sit down at the end of the year and have the final product in my very hands. Slightly egocentric yes, but the past year was dedicated to us, the unity I have been a part of for the past 13 years. And it feels very good to know that by this time next year some of you will have had the pleasure of checking out the 2014 release from Hellish Outcast, reviewing it, raping it, and hopefully putting it high up there on your “End of the Year Best Albums” lists! Hah!

Finally, I encourage you all to listen to more SLAYER!