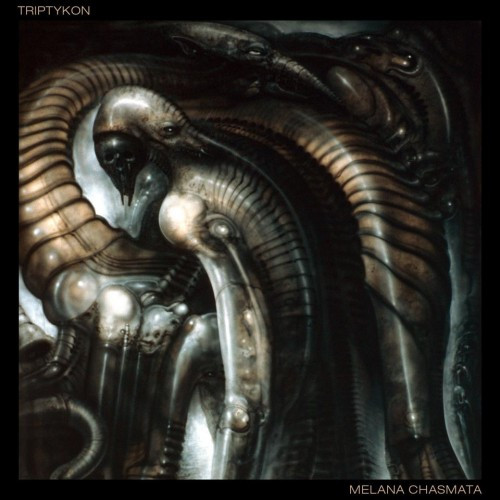 Due to the demands of your humble editor’s fucking day job, we will be a little light on the content at NCS today. We will have this little round-up, a show report from Umeå, Sweden, and (I hope) one more installment in our list of 2013’s Most Infectious Extreme Metal Songs — and that will probably be it. So, to start, here are two items of interest that I commend to your attention.

This morning, Century Media announced that it and Prowling Death Records Ltd. will release the second album by Triptykon on April 14 in Europe and April 15 in North America. The title is Melana Chasmata, which according to Century Media means (roughly) “black, deep depressions/valleys”. It will feature nine songs and a playing time of around 67 minutes. The cover art is above, and yes, we have yet another pairing of HR Giger and Triptykon.

For me, Triptykon’s first album Eparistera Daimones (2010) was a grower rather than an immediate love interest. But come on, how could you not get a bit tingly with anticipation over new music from Tom G Warrior and V. Santura?

Century Media also reports: “Further new Triptykon music has been recorded, to be released as an EP or mini album later in 2014 or early in 2015.” 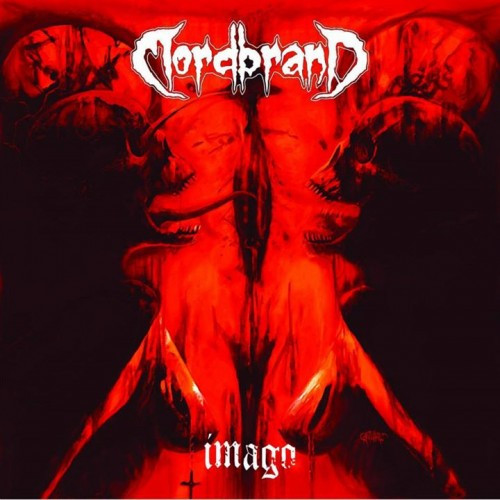 For the second day in a row, we’re putting the spotlight on a top-shelf practitioner of the primeval death metal arts (Swedish school). Yesterday I featured a new track by Spain’s Graveyard, and today we have a new song by Mordbrand — and news about a new album.

If you are unfamiliar with this three-man death metal juggernaut, I have a whole bunch of things you can read via this link. Consisting of vocalist Per Boder (ex-God Macabre), guitarist/bassist/backing vocalist Björn Larsson, and drummer Johan Rudberg, Mordbrand have chosen (so far) to release their music in small portions — singles, splits, and EPs — all of which I think I have reviewed.

But yesterday I learned that they have recorded a new full-length album (and it appears we will have a new Mordbrand split with a band named Rite even before the album drops). Entitled Imago, the album is graced by the artwork of the excellent Spanish artist Juanjo Castellano and it will be released on CD by Deathgasm Records and on LP by Doomentia and Deathgasm Records.

The new song is named “Hoarding the Grotesque”. If those massive grinding riffs don’t grab you by the throat, if those bursts of solo guitar don’t inject an infection into your bloodstream, if those grotesque howls don’t chill your blood — well then, you and I need to have a serious talk about your taste in metal.

12 Responses to “SEEN AND HEARD: TRIPTYKON AND MORDBRAND”