I almost overlooked Sorcery’s Arrival At Six as a source of candidates for this list. My faulty memory was telling me this veteran Swedish band’s comeback album was released in 2012, but after double-checking Metal Archives, I saw that it was a January 2013 discharge. What a pleasant discovery — because there’s a song on that album that has become one of my go-to head-wreckers — “Warbringer”.

The song is a phalanx of smoking chainsaws rumbling down the rails of a hell train with a cadre of howling ghouls along for the ride. It’s a narcotic headbanger’s cocktail that goes down mighty easy. And once you hear it, it won’t surprise you to know that it was recorded at Sunlight Studios, by Tomas Skogsberg. The album also features completely killer cover art by Daniel Devilish. Listen to “Warbringer”: 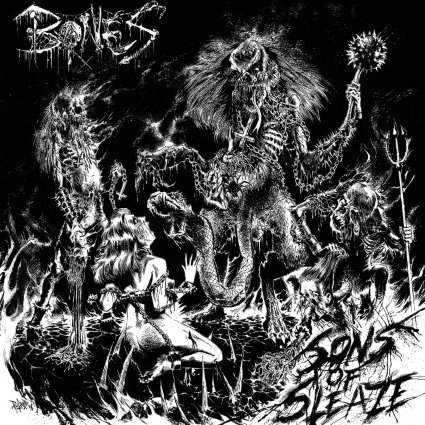 I failed to review this Chicago band’s 2013 album, Sons of Sleaze, which was tracked with Sanford Parker, released by Planet Metal, and adorned by fantastic cover art courtesy of Putrid Carr. It’s a monster of an album, but the kind of monster you’ll want to curl up with on those long, lonely nights when having something’s teeth in your neck is what you need.

There are lots of gems on Sons of Sleaze, but the one I picked for this list is a diamond in the rough named “13”. It’s got that ugly, corrosive corrosive guitar tone — so thick, murky, and radioactive that you’ll feel like showering after hearing the song, even though you know all your skin will come off and wash down the drain. Great vocal disgorgement, too, and the riffs… just murderous. 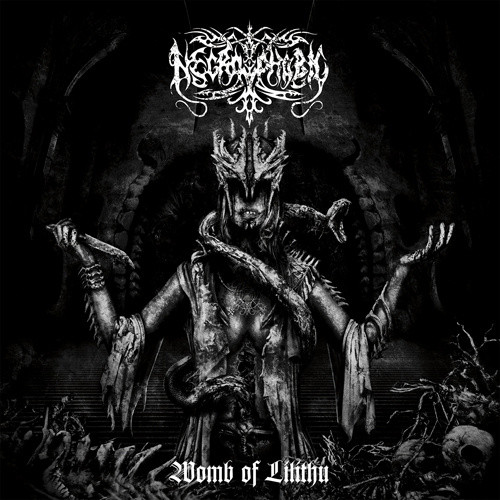 Sweden’s Necrophobic trace their roots back to Stockholm in 1989, when a uniquely Swedish brand of death metal was beginning to take the world by storm. Yet Necrophobic ultimately followed a different path. Along with Dissection, they began combining elements of death metal and second-wave black metal, helping establish the foundation that would go on to influence a multitude of other bands over the following decades.

We had the pleasure of premiering a full stream of the band’s 2013 album, Womb of Lilithu, and it’s still up and running here, as well as on Bandcamp. The song from that album I picked for this list is “Furfur”. It blends hard-charging, blackened rock ‘n roll with a serpentine, Eastern-sounding melody and a couple of fireball guitar solos. The vocals slay, too. And man, is it infectious.

7 Responses to “OUR LIST OF 2013’S MOST INFECTIOUS EXTREME METAL SONGS: PART 22”