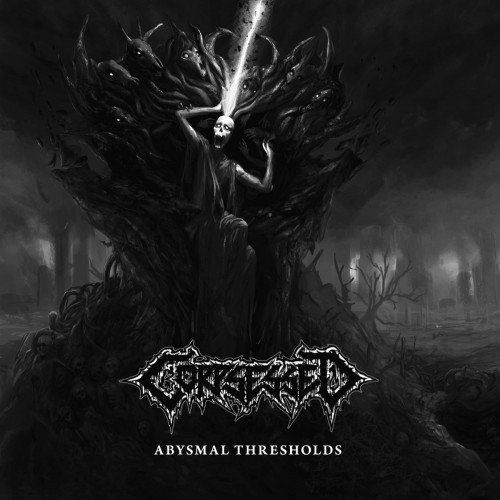 (Leperkahn returns to our site with a review of the new album by Finland’s Corpsessed.)

Maybe it’s the weather outside. San Diego has delved into the depths of the mild autumn it calls winter – we’ve even gotten a bit of rain the past couple of days — but for the first time in quite a while, I’ve been seriously hungering for some absolutely cavernous death metal, the kind of stuff that sounds like it was recorded in a Lovecraftian studio at The Mountains Of Madness. Yet, I couldn’t find or think of anything that fit the bill on my already-overstuffed iPod. Luckily, I was thrust forcibly at nudged toward the debut album of Finland’s Corpsessed by a Facebook friend of mine (and possible NCS reader).

Corpsessed traffic in dank, putrid atmosphere, with riffs just barely able to peek out from beyond the pale. Once you hit play, you may notice that the vocals and guitars often blur into a wall of sound, an unstoppable freight train bowling you over. Though they go for some stop-and start grooves a few times, such as at the ending of “Transcend Beyond Human”, the band by and large keep the heavy atmosphere omnipresent, never letting the Lovecraftian images their music conjures leave your headspace. 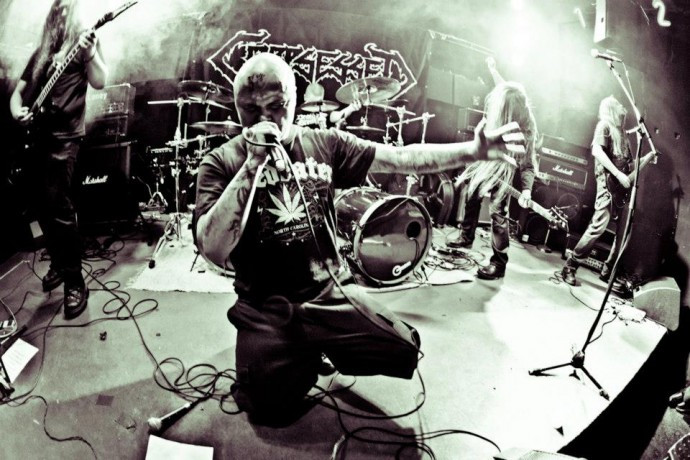 To put it succinctly, these guys play death metal that sounds straight out of the abyss. Since putting it on I’ve had to check a few times to make sure Cthulhu isn’t looming behind my back. Hit play on the Bandcamp player below if you’re in the mood to have your brain reduced to rubble.