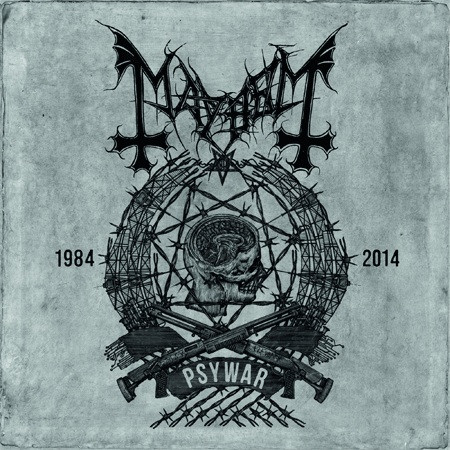 Are you sitting down? You should sit down for this: Seven years after the release of Ordo Ad Chao, Norway’s legendary Mayhem have recorded a new album due near the end of May from Season of Mist. This morning the band premiered the first advance track, named “Psywar”, through a lyric video with very cool artwork by the very talented Costin Chioreanu. It appears that “Psywar” will be released as a 7″ vinyl EP in advance of the album; it’s already available for pre-order here.

The song is very much worth hearing, wholly apart from the fact that it comes from Mayhem (whose ranks now include Attila Csihar, Necrobutcher, Hellhammer, and new member Teloch). It combines black metal venom, death metal might, and a fog of alien atmospherics.

If for some reason you’re unable to access the video below, Mayhem have provided links on their FB page to other locations around the world where it can be streamed: