I’m working on my alliteration skills this week. I have my fun where I can find it. Speaking of fun, I have three new songs and one new video to share. If you think there might be no connection between the music and my alliterative word play, think again…

Earlier this month I reported about that dark piece of artwork embedded above. It’s the cover for Unholy Congregation Of Hypocritical Ambivalence, which is the name of an album by Australia’s Impetuous Ritual that’s due for release by Profound Lore on April 15. The band’s first album, Relentless Execution Of Ceremonial Excrescence, was released back in 2009. Their ranks include members of Portal and Grave Upheaval.

Yesterday an advance track was released for streaming. It’s a good thing “Venality In Worship” is only three and a half minutes long, because otherwise the structural integrity of the planet might be threatened. It’s a thoroughly obliterating blast of blackened death metal, roaring with massive, grinding guitars, militaristic percussion, and bestial vocal vituperation. The piercing guitar solos are utterly demented, too. 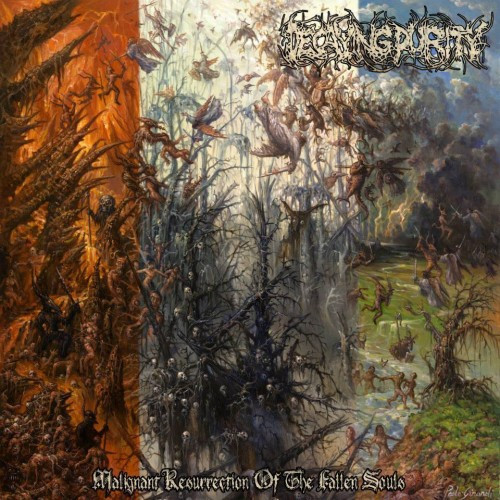 Oh baby, another piece of striking album art by the Italian maestro Paolo Girardi!  This one graces the cover of the third full-length by Decaying Purity (from Istanbul, Turkey), entitled Malignant Resurrection of The Fallen Souls. It will be released by Sevared Records later this year. Yesterday I caught up with one of the new songs, “Sodomized Entities of Holiness”.

Prepare yourself for an onslaught of merciless death metal. If the furiously jabbing riffs and off-the-hook drumming don’t get you, the voracious gutturals will. If the massive grooves don’t pulverize your spine, the writhing melody will slice through it. This thing is coming for your entrails. So damned good…. 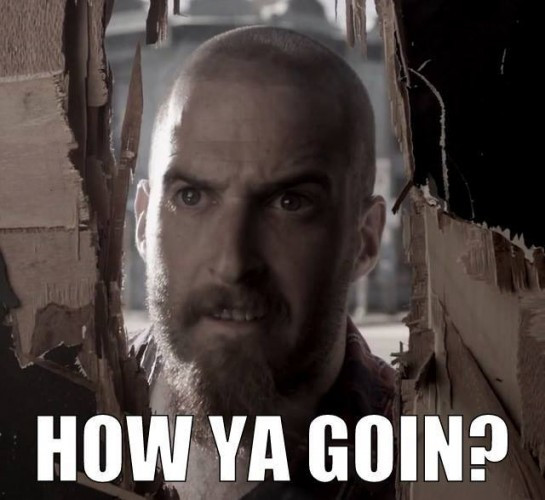 Well, after those first two episodes of sonic terrorism, I thought I’d lighten the mood a bit with a recent music video by Australia’s King Parrot. Don’t get me wrong — the music is still terroristic. But the video is pretty damned funny.

The song is “Dead End”, from King Parrot’s 2012 debut album Bite Your Head Off. In the video, it takes a while for the grindcore mayhem to erupt, but I don’t think you’ll mind waiting. And when the eruption comes, it’s worth the wait. 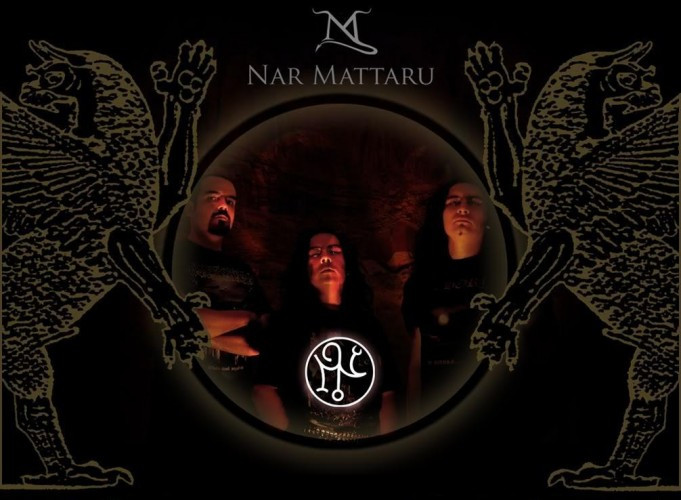 Okay, enough humor. Let’s go back to the serious terrorism for our final item. The band’s name is Nar Mattaru and they are from Chile. Their first album was 2011’s Enuma Elish, and they’re now busy mixing their second one, Atomic Ancient Warfare. You might be confused about how something could be both atomic and ancient, but having heard one of the new songs, it makes sense to me.

The new song is “Funeral In Abzu”, and the version that’s now available for streaming appears to be not quite final (based on the description I read), but in its current form it’s already potent enough to grab listeners by the throat and slowly cut off the air supply. The introduction matches ghostly female vocals with the sounds of ravenous beasts, the chant of an occult ritual, and something that sounds like combat. And that’s just for starters.

The occult air persists through the body of the song’s doom-laden stomp, a serpentine melody writhing through the murk and cavernous proclamations emanating from some dank crypt. Gruesome and destructive, “Funeral In Abzu” is an enticing come-on for this album.

Atomic Ancient Warfare will be released later this year by the dependable I, Voidhanger Records. For more news about the release of the album, follow I, Voidhanger on Facebook or on the label’s web site. I haven’t found a social media page for Nar Mattaru.