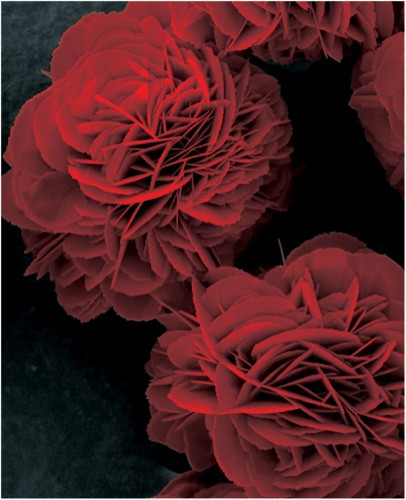 I was at Seattle’s El Corazon venue last night. I was there for the show headlined by Dark Tranquillty, but as devoted as I am to that band, I was even more excited to see Omnium Gatherum and Exmortus, who I had never seen before. They were both flat-out amazing — as was DT.

But this isn’t a show review. While I was waiting for my companions to arrive, I had a beer in the bar and watched a video screen that scrolled through the schedule of bands on the calendar at El Corazon over the coming months. I had reactions to the bands I didn’t know, based mainly on their names (though the accompanying photos played a role in my reactions, too — so I guess this post could also be considered a commentary on the importance of promo shots).

I don’t think I’m so different from most metal lovers — superficial things like band names make a difference. They trigger reactions. My reactions may not be the same as yours, because I instinctively would want to see a band named Goatfuckers, and you might not. But can we agree that band names do make a difference in how interested we are in checking out music we’ve never heard before?

Here are some of the names I saw scrolling across that video screen, with reactions. I’m pretty sure that some of these bands don’t even play metal. I want to make clear that in almost all cases, I knew (and still know) zero about the music. So I apologize in advance to the bands who I may be offending with these snap judgments. 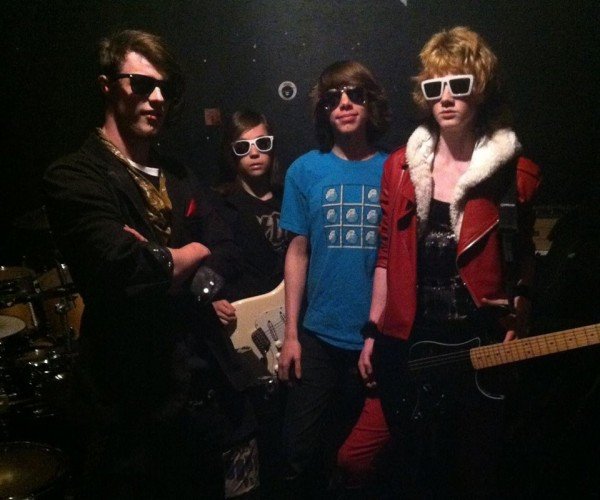 This name could mean anything. If this were a metal band I’d be guessing power metal or some kind of prog. The name is neither a come-on nor a turn-off, but I’m not rushing out to explore the music. Possibly, the fur-collared jacket and white-framed sunglasses have something to do with that. Now, if the name were “Galactic Goatfuckers”, that would be a different story. 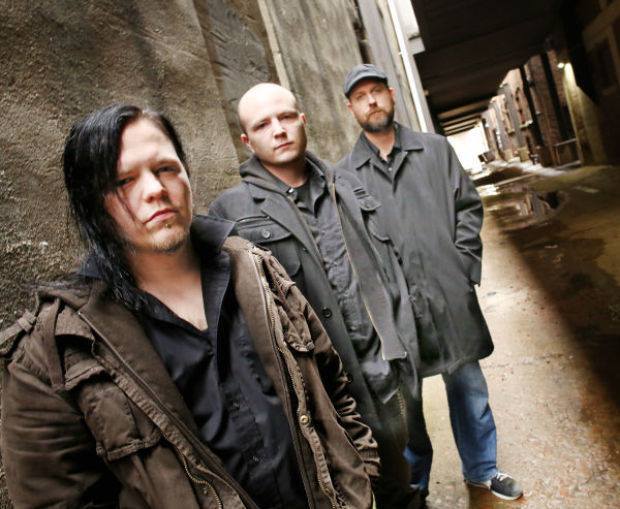 One-word band names are generally righteous in metal, though not always (see Galaxy). Don’t know if this name refers to the king who committed seppuku in a battle against the Philistines or the one who hallucinated on the road to Damascus. Or maybe they’re just big fans of Humboldt’s Gift. It’s kind of an intriguing name. Based on the name — and the absence of white-framed sunglasses in the photo — I’d be willing to make time for them. 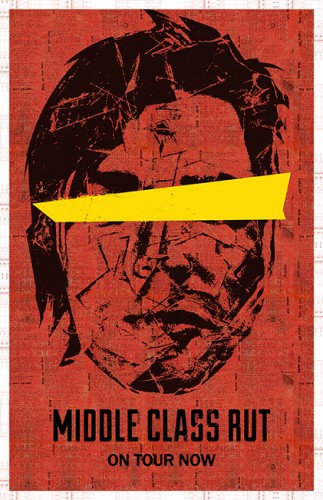 I like to think that in this case “rut” is being used in the sense of “fuck”, instead of “a habit or pattern of behavior that has become dull and unproductive but is hard to change”. It’s the kind of name that puts me on the fence, because it could mean either of those things, and the second one is not enticing. 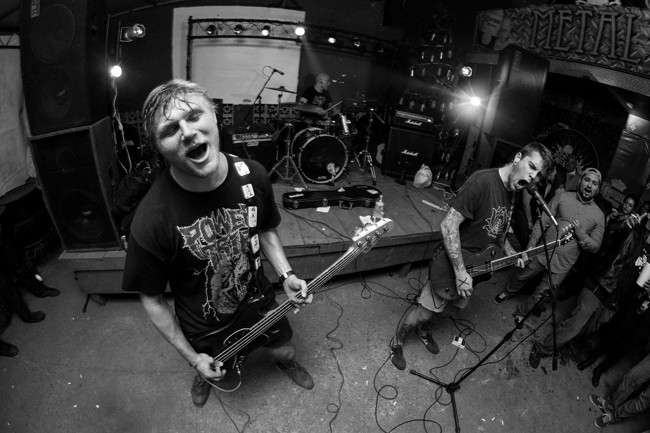 I don’t know. I assume all start-up metal bands have their fingers crossed, but advertising it just seems to convey a lack of self-confidence. On the other hand, I guess there’s something to be said for being honest, plus I see a Power Trip shirt. On the fence about this one, too. 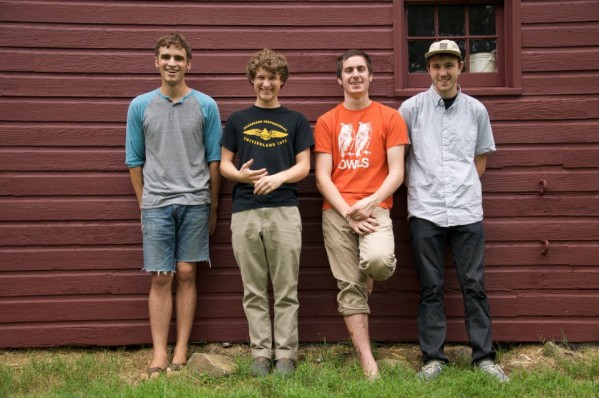 Really? You named yourselves after someone who runs a hotel? I like hotels myself, as long as they meet certain basic standards. But it’s really not a thrilling name. If they wanted to plant themselves in the hotel space, The Night Manager would have been more alluring. I guess “The Butcher”, “The Baker”, and “The Candlestick Maker” were already taken. 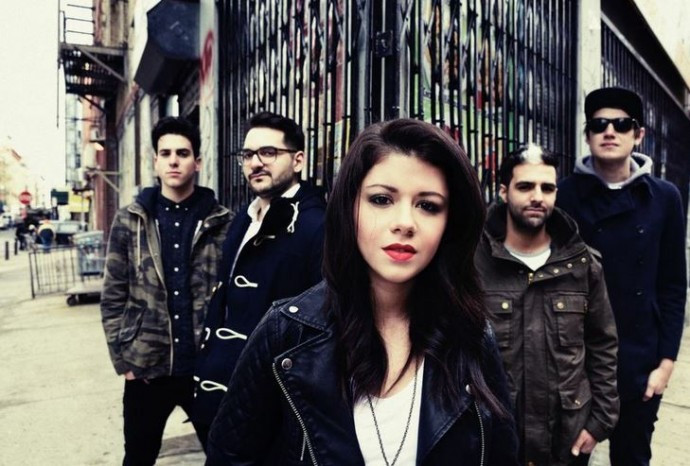 WE ARE THE IN CROWD

One of my companions for the evening had arrived at El Corazon when this band’s name and photo passed across the video screen. She observed that any band whose name is a complete sentence is probably terrible. I tend to agree, though I’m sure there are exceptions (e.g., “We Are the Goatfuckers”). But “We Are the In Crowd”? I guess maybe they were trying to be ironic, but I’m still strongly inclined to run the other way. 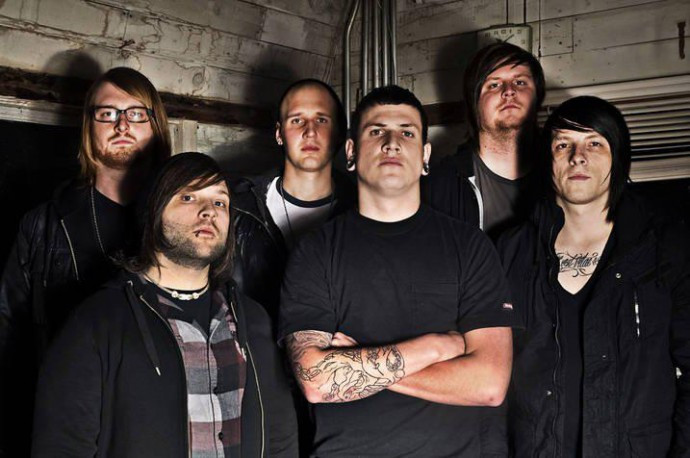 Actually, they don’t. But this band’s name does. I just don’t like being told what I am and am not frightened of. The El Corazon schedule says this will be the band’s last show. 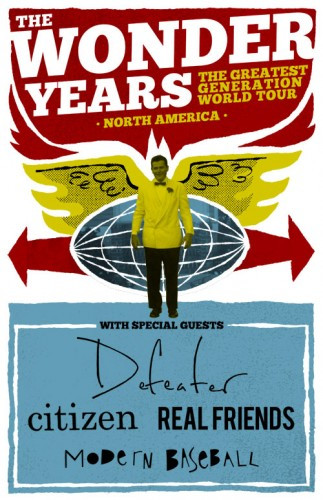 This name is too touchy-feelie for my tastes. Also, when I think of the wonder years I’m reminded of getting embarrassing hard-ons during middle school English class for no reason at all. No interest in re-living that time of life. Would be cool if this turned out to be a rancid, bile-spewing black thrash band who chose the name just to fuck with people’s expectations. 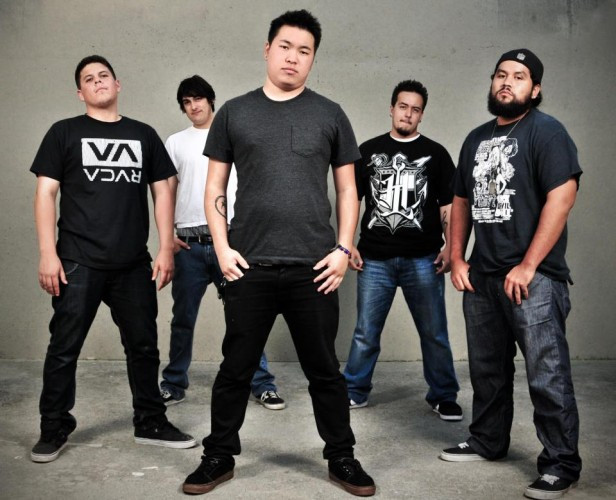 They’re running afoul of the warning about complete-sentence band names. Also, who is Dennis and why should I care if he’s dead? And why are you looking at me like that? 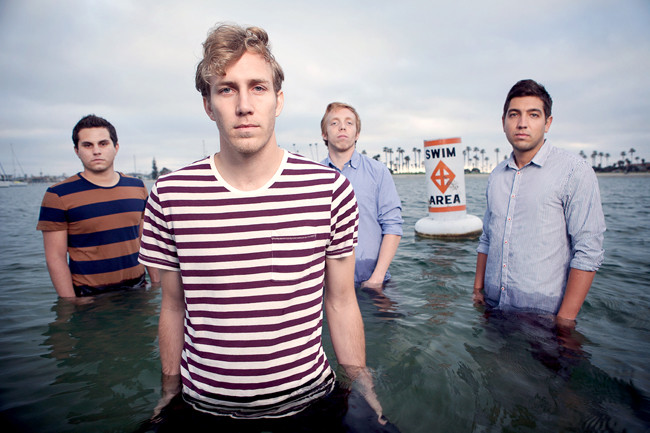 Naming yourself after a trolley is not the way to generate excitement and anticipation about your music. Nor is wearing horizontally striped tees and collared shirts, though wearing them in waist-deep water somewhat improves the look. 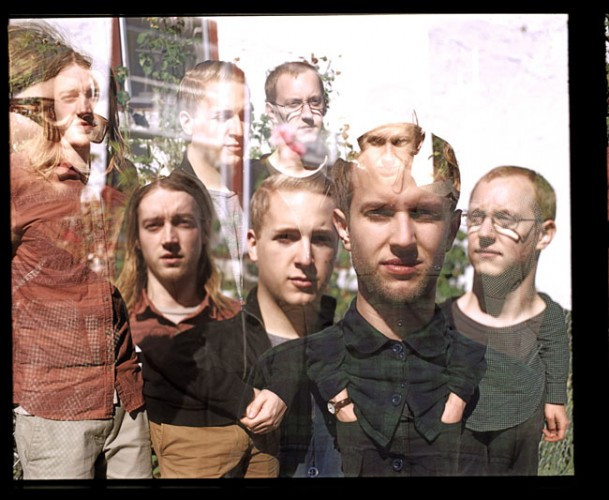 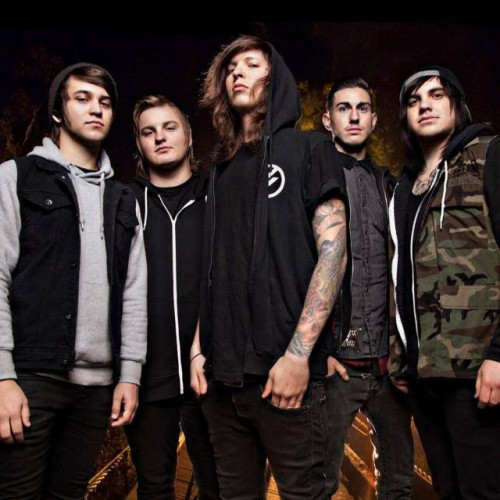 THE LION I AM

Uh oh.  These dudes have the complete-sentence problem, but it’s exacerbated by being Yoda-speak. I guess it’s better than “Bambi I Am”, but if you wanted to go down the Yoda road, why not “Consume You It Will” or “Patience You Must Have My Young Padawan”?  Or “Goatfuckers We Are”? 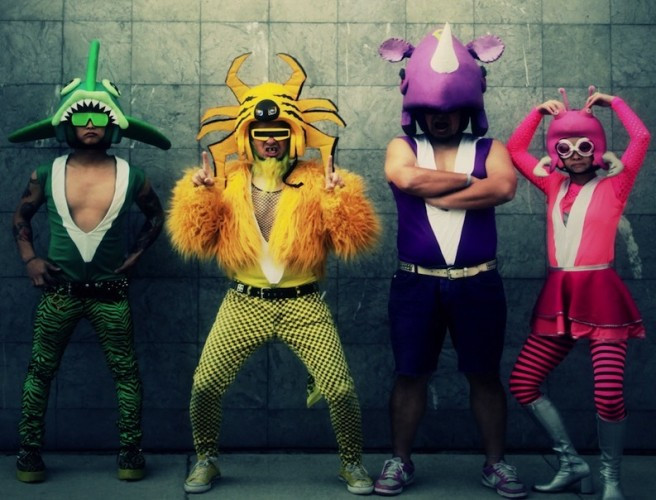 A goof name, underscored by goof costumes. It broadcasts “goof music”. Maybe it would be fun, but “Goatfucker Z” would have been a better choice. 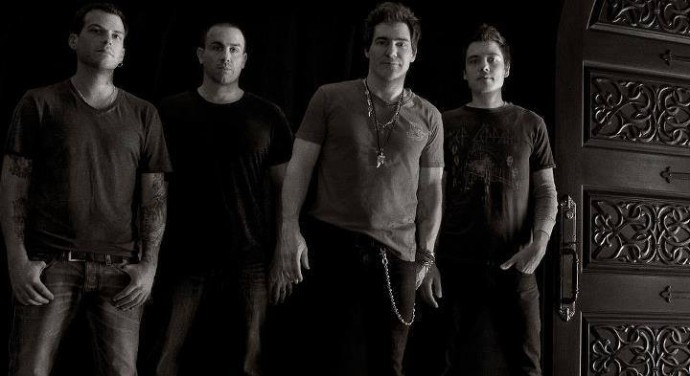 Wasn’t Miggs the dude who threw his ejaculate on Clarice Starling’s face and then died by swallowing his own tongue? Yeah, I’m pretty sure it was. Obviously, I can get behind this name. 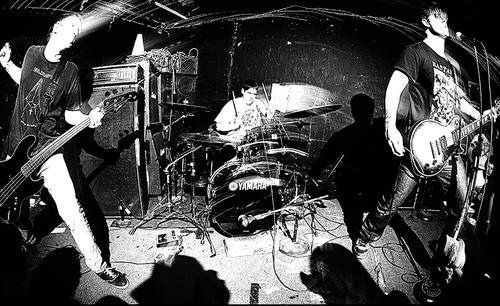 This is the only band on this list whose music I know (it’s fucking destructive and devastating and… hard as nails). I included them as an example of the excellence of one-word band names, this one word being among the best. 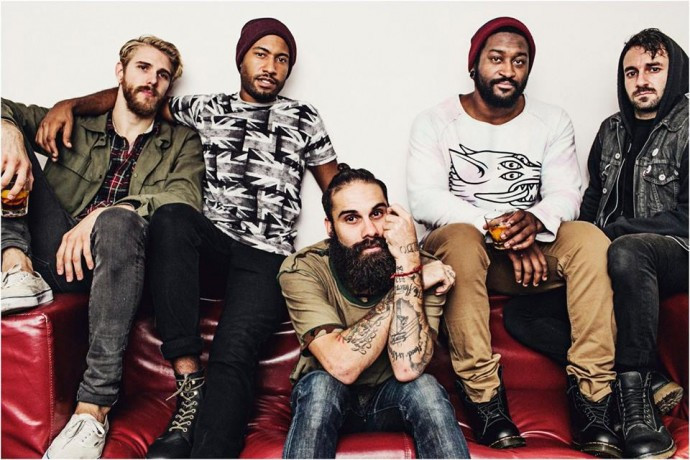 This name doesn’t really convey anything about the band’s musical style, but I’m attracted to anyway since it completes the sentence “live and…” — which is a good way to go — without running afoul of the complete-sentence problem. They also look like people who’d be fun to hang out with. 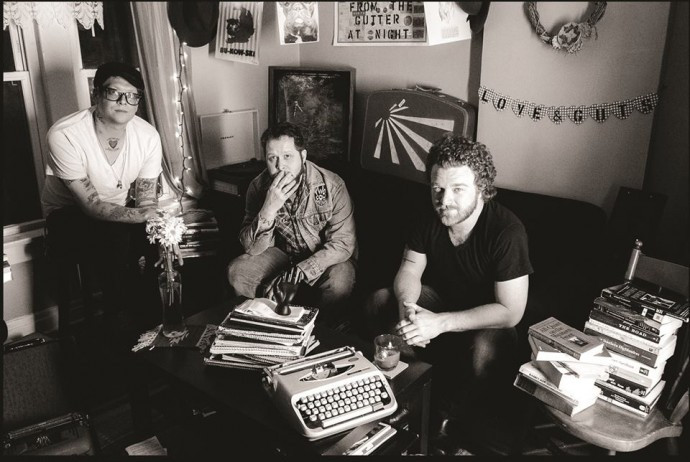 Humorous, without being a goof. I’d be tempted to explore the music. Plus, it looks like someone enjoys reading and using an old-school word processor. Those are pluses. But “Two Goat Garage” would have been better.

Okay, I’m done.  It’s worth remembering the point of Juliet’s argument to Romeo:

“What’s in a name? that which we call a rose
By any other name would smell as sweet”

Yes, it’s true that the names of things should not matter, only what those things “are”. But when you have limited time and a vast number of musical choices you could make, band names DO matter. Don’t they?