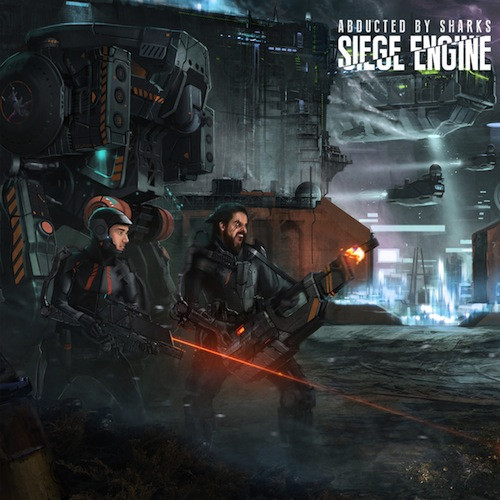 (Guest writer Alain Mower returns to NCS with this review of the new album from Abducted By Sharks.)

Siege Engine, the third full-length release by Seattle-based Abducted By Sharks in as many years, is about as difficult to define as it is to find the droids you are looking for. With cited influences ranging wide and far, from Front Line Assembly to Porcupine Tree to Horse the Band to Mindless Self Indulgence, it’s easy to see how this eclectic culmination of Dance-infused Industrial synthesizer soundscapes tinged with Heavy Metal might be a little out there.

A high-tempo and energizing listen from cover to cover, this unsigned, DIY outfit manages to avoid many of the common mistakes this style of music is known for, with one of their best traits being that they let melodies and songs breathe and don’t over-layer or cluster the sound to the point of detracting from the structure the track is built upon. 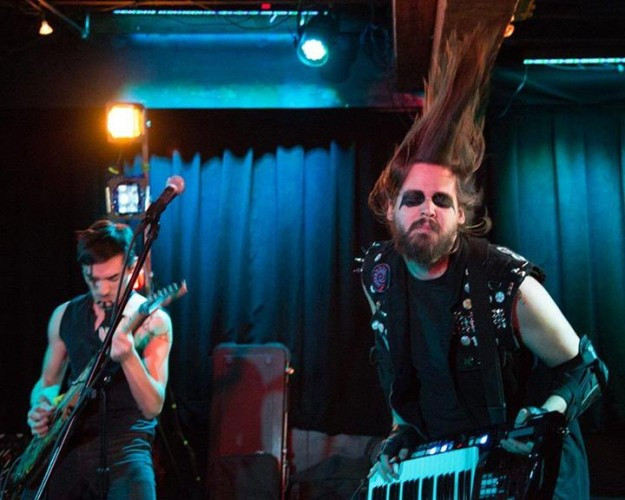 The corpse-paint wearing “Cyberpunk” duo – a sonic subgenre about as far-ranging as the ever-interchangeable Post-Metal – are entirely instrumental, discounting small sample layerings, and thus seem to lend themselves effortlessly to being viewed from a Soundtrack frame of listening. Siege Engine casts the listener into the alternate realities of dystopian classics evocative of Blade Runner or Robocop, in a music world as aurally devoid of the organic as Silent Running would have had us believe.

A member of the Millennial generation, I also can’t help but note the parallels my mind creates between the music of Siege Engine and the reality of the Mass Effect franchise, starting immediately with the album’s opener, “Precog”. A song that seamlessly fits the asteroid husk of crime-ridden Omega, it opens with a club-thumping synth backing simple melodies and progressively finds a way to incorporate industrial metal elements, perfectly setting the tone for the rest of the album.

The dark ambient, sample-laden interlude tracks of “Dead Channel” and “the net is empty” are both as perfect for setting that “unable to sleep or be at ease” atmosphere as they are at breaking up the machine onslaught that precedes and follows them. 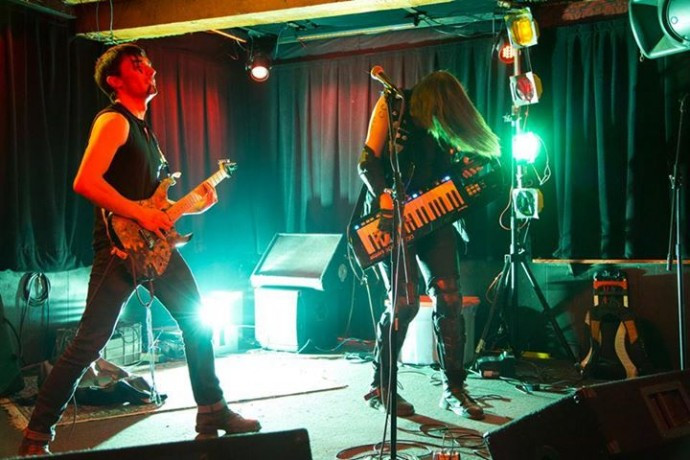 The electronic drums – usually a complaint of mine – actually fit the music well and even complement the sound of the melody lines. Also, the use of percussion – both in the rhythm guitar and in the programmed drums – to dictate the pacing and tone of much of the album is exceptionally well done and really goes a long way toward immersing the listener, as evidenced on tracks “Terminal Node” and “520AM”.

With the tracks “Distortion Vector” and “Siege Engine” being driven as much by double-bass bombast as the synth melodies that accompany the listeners on their commute through the rain-drenched, dark alleys that the album maps, Abducted by Sharks prove that, while they may be more easily identified as Electronic than Metal, they are easily heavy enough to knock the listener flat if you’re not ready for it. 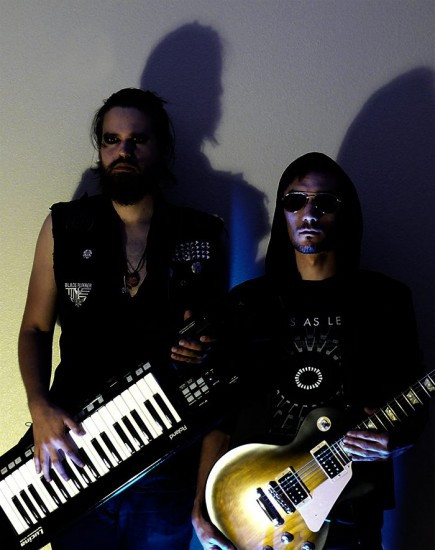 All in all, Abducted by Sharks’ Siege Engine delivers exactly what the cover art promises: punishing futuristic machine warfare in sonic form. If you are looking for a passive listen or something relaxing, I must say that the “instrumental” label is extremely misleading for these guys and that they will challenge you as a listener with a more straight-forward Metal approach than, say, Russian Circles or the more Industrial side of bands such as Nine Inch Nails, falling slightly more into the early-90’s Ministry type of heaviness, with that same “electronic music braced by chugging riffs” feel.