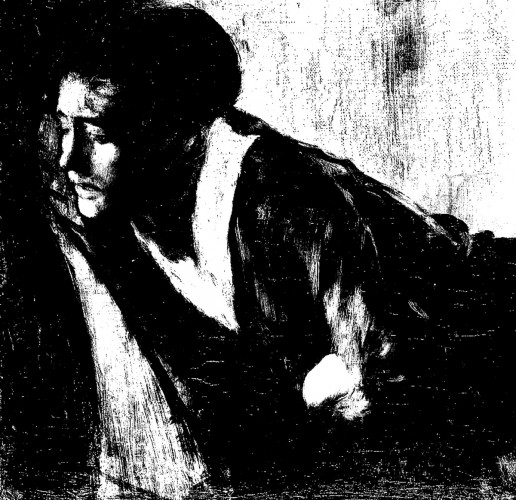 The vocals are pain incarnate. They consist of a sick rasp that is cloaked in ghostly reverb. Let me tell you that this guy’s performance is absolutely bone-chilling. It sounds like the sickening calls of a thousand spirits from the distant past. The guitars are excellent as well. The riffs are cold, simple, and ravenous. Like the drums, they sometimes sound punk-like in nature. They also play plenty of riffs that sound like they were pulled straight from early 90s Norway. If you ask me, more black metal bands need to play great riffs like this.

This demo was quite the first impression. The production has an amazing raw quality and the music itself is primitive and savage. If you’re interested in being subject to their carnage, then you can go listen to their demo on their Bandcamp page. They also had some cassettes for sale, but they’re all sold out. I guess this proves just how awesome the music is. 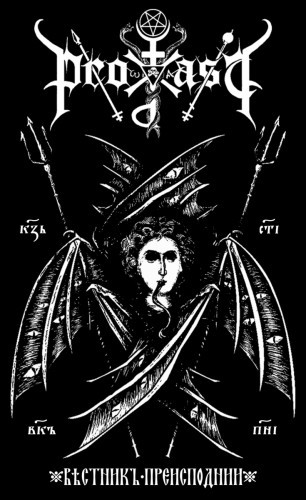 When it comes to Slavic metal, three countries immediately come to mind: Russia, Ukraine, and Poland. As of late, all the other Slavic countries have decided to join in the fun. That brings us to Propast, a black metal band from Serbia. They formed in 2007 and released their first EP, Věstnik Preispodnji, six years later. I pushed play several days ago. Now I can’t stop listening to it. This EP is just plain amazing.

First of all, the production is old school as fuck. It sounds ice cold but I can still hear all the instruments just fine. The music also resonates an old school spirit. The blast beats are furious and relentless, and the double bass sounds like the galloping of infernal demon horses. They also play a few mid-paced rhythms that feature a really powerful snare. A lot of black metal bands neglect the bass, but not these guys. The bass here is quite prominent and adds a lot more depth to the sound.

The rasps exude rage and agony. They sound similar to Nokturnal Mortum, but more powerful. You want to know what’s even more powerful? The guitars. They’re fast and ravenous, but they also have a strong sense of melody that helps to give the music a more infectious quality. Like all the other aspects of the music, the riffwork pays homage to their forefathers. To be more specific, they sound like Graveland and Nokturnal Mortum. Hell, these guys even play a Graveland cover at the end, and it’s just as awesome as the rest of the album.

If Serbia is producing metal this great, then perhaps I should pay more attention to it. Propast is one fantastic band. Their music is old school and brilliantly crafted. Best of all, you can download it as a name-your-price download on their Bandcamp page. If you really like it, then you should consider buying a cassette version. 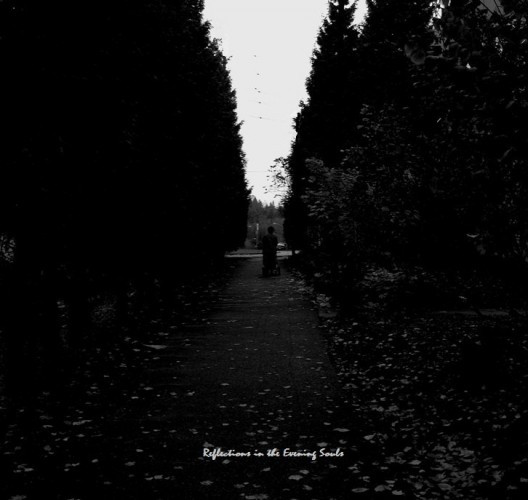 Sora – Reflections In The Evening Souls

PROTIP: If you’re looking for metal on Reddit, stay away from /r/Metal. All they do is circlejerk over popular bands. Instead, I recommend smaller subreddits like /r/BlackMetal. That was where I found Sora. The original thread title read, “Hi I’m 16 and this is my one man project, Sora. Please check it out and I’m of course open to feedback.” It had somewhere in the range of 80 upvotes, so I had a feeling this was something special. Everyone’s reaction to it was, “Holy shit, this awesome music was made by a 16-year-old kid?” After listening to it, I had the exact same reaction.

First of all, the production is amazing. It sounds so warm and atmospheric. It sounds like a mix of Cursed Altar, Thantifaxath, and Walknut. The end product could best be described as a rainy summer day. As for the music, it’s a wonderful fusion of black metal and post metal. Although the drums are kinda hard to hear, they offer up lots of great minimalistic blast beats and steady mid-paced post metal rhythms. For some odd reason, the blast beats remind me of Oskoreien.

The vocals consist of a hoarse rasp that actually sounds rather nice. This, too, reminds me of Oskoreien. I remember trying to perform black metal vocals back when I was 16. I ended up sounding like Attila Csihar’s retarded brother. I’m jealous of this guy’s skill. Not only is this kid great at production, drumming, and vocals, but he’s also a fantastic guitarist. He’s plays a lot of excellent tremolo riffs that range from gloomy darkness that sounds better than most bands in the depressive black metal scene to optimistic warmth that reminds me of Oak Pantheon. I remember getting a guitar back in the Christmas of 2004. I tried to learn how to play it so I could play some awesome extreme metal, but I gave up in about a week, so I said to myself, “If I can’t make metal, I might as well write about it.” In 2011, I stopped being lazy and created The Autistic Metalhead. Once again, I am jealous of this guy’s natural talent.

Back a decade ago, the metal scene used to make jokes about “bedroom black metal”. They would always talk about how teenagers living with their parents don’t deserve to make black metal and that technology which makes it easier and cheaper to make music shouldn’t exist. Thanks to bands like Sora, all those jokes about “bedroom black metal” are starting to fall apart. This here’s some amazing music. The only parts I didn’t like were the third and fifth songs. Although they were played well, they felt too much like filler for my tastes. Other than that, this kid plays an awesome fusion of black metal and post metal, and I’m eager to see what he will record next. This EP is available as a name-your-price download on his Bandcamp page, so if you wish to hear more great music like this, be sure to give him a couple bucks.

4 Responses to “A TRIO OF REVIEWS: URZEIT, PROPAST, SORA”