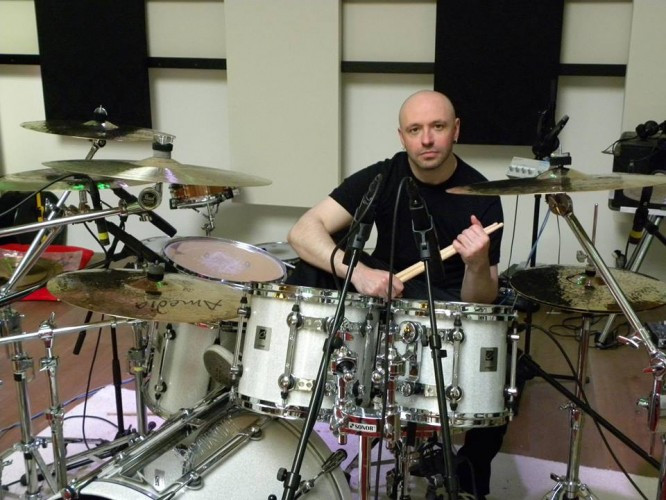 E:  None. He did an early test mix for one song and it was dead on, so there was no reason to try something else.

K:  What does Dan give you that you feel you can’t get elsewhere?

E:  Patience, haha.  I think I’d drive most people crazy with my perfectionism, but Dan understands completely as he’s the same.  And of course he “feels” the style we play like no other. He’s a fan as well as a collaborator.

K:  The sound this time around is much fatter and warmer, as opposed to a “shrill” or overly treble sound on the prior two releases.   Was this a conscious decision?

E:  Yes, in a way.  I felt that we could sound even heavier, so that’s what I gave Dan as guideline: heavier dammit!  By the way I don’t think Of Frost & War sounds shrill, it’s a fucking slab of concrete that one.  On Divine Winds was a bit on the “clean” side though, so we dirtied up on this one.  It sounds warmer because we used the bass more to provide bottom end for the guitars.

K:  I think this type of production works in Martin [van Drunen’s] favor.  His voice is very caustic and in your face, so just having that nice bottom end to it helps temper it, allowing the listener a bit more breathing room over the course of a entire album.

E:  Ah yes, we always take great care in placing the vocals in the mix.  Dan is a big fan of Martin, so he tends to put him right in your face, but we pulled back a bit so he sounds more like he’s struggling.  Same with the drums, they’re lower this time than on On Divine Winds, so the guitars have more room. 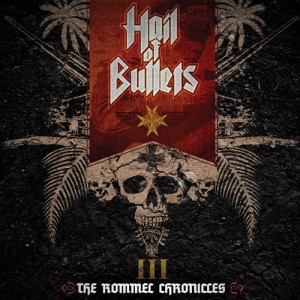 K:  Is the release of an album anti-climatic in any way for you?  In the sense that you have probably lived with it for a year between writing/recording, that you are almost tired of the songs at that point? (in some weird way)

E:  Absolutely, there’s the vacuum between the deadline and release date.  During that period you have no idea how you did until the first reviews come trickling in.  And you get to do loads of interviews, trying to muster an enthusiasm that’s not really there at the moment.

I’m always torn between “damn we did good” and “shit, we fucked up”, and that can change from one minute to the next, haha.

K:  Most people don’t assume the drummer of a band writes most of the material.  Be honest, do you ever feel the need to jump up and down and scream, “I WROTE THIS SONG/ALBUM!!!!!!”

E:  Sometimes, when I read reviews praising the guitarists for their great riffs (they write stuff as well, of course, but about 75% of the material is mine), but mostly I just let it be.

K:  I myself find it fascinating that you started out with Gorefest as only a drummer, but it wasn’t until 2005 when you wrote music for the La Muerte album.  As opposed to someone like Nicke Anderson (Entombed) or Fred Estby (Dismember), who were writing songs from the get-go.

E:  Actually as soon as I joined Gorefest I had a hand in putting the songs together, only I couldn’t play guitar so I’d just say “try this note” or “let’s put this riff there”, that’s how most Gorefest songs were done.  On Soul Survivor, Boudewijn and I would travel by train every day to rehearsal and each morning he’d play me new riffs on his walkman and we’d arrange them during the train ride so we could play them for real in rehearsal.  Chapter 13 was written largely in rehearsal

K:  Most of our readers may know of your involvement with Rogga [Johansson] on Demiurg and your death/doom solo project, The 11th Hour.  But I’m guessing most of them don’t know about your involvement with Arjen Lucassen doing progressive metal/rock stuff in Star One, Ayreon, and Arjen Anthony Lucassen.  Do these help provide an outlet or almost a “palette cleanse” (especially the prog/rock stuff) for you?

E:  It’s more like a challenge really. In Hail of Bullets I play well within my comfort zone and that’s the way I like it.  But Arjen really pushes me to go places I normally wouldn’t go, which is a lot of fun.

We usually work out the drum arrangements together during recording, so it’s all very spontaneous (although I’ve been told the drum parts sound well thought out and rehearsed, which is funny as they’re the exact opposite) and it keeps me on my toes as a drummer.

But I don’t feel any need to break away from the death metal straight jacket or anything like that, it’s just another fun thing to do and I always look forward to working with Arjen. 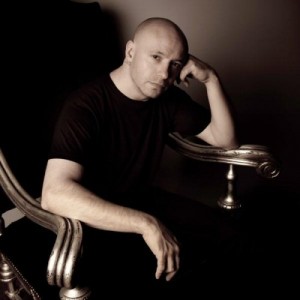 K:  Speaking of Arjen, he uses alot of special guests on each album.  And other death metal bands will do it from time to time as well (backup vocals or a solo).  Granted, a lot of times it seems done so they can use it as a marketing tool to help maybe get an album on the radar of other bands’ fans.  Have you ever considered doing this?  Or has there been anyone you’ve wanted to work with?

E:  Not really.  On a prog album it’s great, but I don’t see how it could work for a death metal band to have guitarist X from band Y do a guest solo or have guest vocals. To be honest, there’s very few death metal vocalists that I like, and we already have one of those in the band…

K:  Is it safe to assume that HOB is still not going to be a “touring band” due to everyone’s outside commitments in real life?

E:  Very safe, and to be honest when I see all these touring bands at festivals crawling out of their smelly tour buses I don’t really miss it all that much either. The reality of touring is that you have to play almost every day, but on weekdays people don’t go to gigs so you lose whatever money you made on the weekend. Gorefest did one tour to support Rise To Ruin and we lost an insane amount of money, so there’s really no reason to put yourself through it.

It’s fun when you’re in your twenties and I did enjoy the whole touring time, but it’s not gonna work if you have a family, mortgage, job, etc.

K:  Have you received tour offers that actually made you (or the band as a whole) seriously consider it as a possibility?

E:  Yeah, a few.  I wouldn’t mind doing one of those festival tours, 1 or 2 weeks maybe, big names that could work.  But we’re not going to support a big band for €200 a night and follow their nightliner throughout Europe in a van.

K:  So I know us ‘Yanks’ won’t have pleasure of seeing you live in 2014, but where can the rest of the world see you play?

E:  We got our bases covered with festivals and some club shows: France (Paris, Hellfest), Germany (Summer Breeze, In Flammen, Dong Open Air, etc), Belgium (Vlamrock), Sweden (Stockholm), Italy (Brescia) and we’re working on some more countries. And I’m not saying we’ll never play the USA, it’s just difficult, not to mention expensive, to come over for 1 or 2 gigs.  So it’s really up to the promoters. 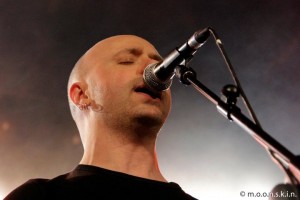 K:  Are you ready to enter the Lightning Round?

E:  Ghost – Infestissumam for both categories!

K:  Movie you want on Blu-Ray the most that hasn’t been released?

E:  So far The Royal Tenenbaums, but that might change after seeing Grand Budapest Hotel.

E:  Haha, as beefy as possible, legs and behind especially.

E:  you have to fuck life in the gall bladder.  Or was it the other way round, “to know life”…?  Ah, need to watch that one again soon.

K:  Close enough, LOL.  Why do you love & drink FICKEN so freaking much?

E:  I can’t help it, when I smell Ficken I go wild and within minutes I’m a drunken slobbering maniac.  My insane drinking habits are well-documented.

K:  If it wasn’t totally obvious I  had to go behind your back to get that info.

E:  Hehe, probably the only time in 7 years of Hail of Bullets I’ve been really drunk.  Oh, and our first meeting of course, but that was tequila.  Had to prove my mettle then.