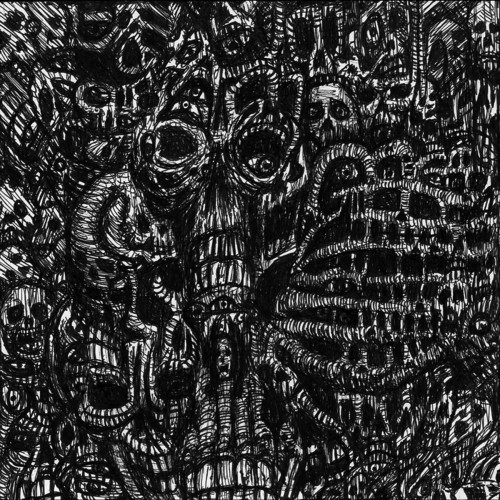 (In this post Andy Synn reviews the debut album by Liverpool’s Coltsblood.)

Pure soul-crushing, bowel-clenching, knee-shaking doom. That’s what we have here. Make no mistake, this is not designed to be a pleasant or an easy listen.

This whole album is a bleeding, gasping slog through a black morass of sludgy, slime-drenched chords and crumbling, fractured vocals, punctuated by sky-splitting explosions of crackling snare.

And I love it.

The bilious, oozing horror of “Valhalla Awaits” slowly congeals into the noxious cloud of acid-drenched distortion that is “Beneath Black Skies”, a toxic miasma of doom-laden Damocles-chords and heaving, cacophonous drums that ploughs relentlessly onwards – riff after riff after riff – for fourteen harrowing minutes of pure sonic suffering.

The ever-so-simply titled “Blood” is as savage an eruption of brutal anguish and caustic self-loathing as I have ever experienced, necrotic blasting and narcotic riffs combining into a swirling vortex of dissonance and depravity, laced with black veins of vile melody. 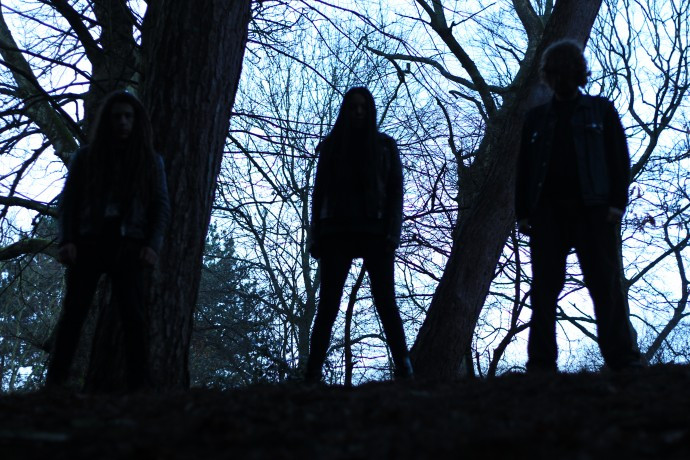 The suicidal dirge of “Abyss of Aching Insanity” is a towering edifice of grinding riffs and brutish, bellowing vocals. The drums hammer out a torturous, crucifying beat while throbbing, nauseating bass-lines conjure a dragging, demonic undertow of sullen, ugly noise. The clanging, clashing force of every riff combines with moments of bleak, haunting minimalism – cracks of emptiness and absence offering a glimpse into the void – to craft an atmosphere of lightless, hopeless despair.

“Grievous Molestation” drowns the listener in rolling waves of primal, punishing riffage and bone-snapping, staggering drums. The middle section drifts languidly on a stagnant river of hazy ambience and soporific melody, before once more being subsumed in a volcanic cloud of choking darkness and pyroclastic venom which slowly but surely drags the listeners to their knees, crushing their will to live beneath a viscous torrent of tar-thick discordance.

The album closes with the suffocating stranglehold of “Return to the Lake of Madness” a haunted mire of blackened melody and poisonous malady, draining the last drops of life and essence from each collapsing vein.

This isn’t the sort of album you just dip in and out of. For most normal people it wouldn’t even be the sort of thing they’d choose to experience willingly. It’s something you inflict upon yourself. An exercise in castigation and self-flagellation in musical form. And it’s beautiful. Brutally, horrifically beautiful.

EDITOR’S NOTE: Into the Unfathomable Abyss will be released by Candlelight Records on March 24 and can be pre-ordered here. For those of you who like Eric C. Harrison’s cover art as much as I do, it’s available on a Coltsblood shirt at this location in the following sizes: Elven, Nord, Orc, Giant, and Dragon (sold out). Below, check out a song from the album.

6 Responses to “COLTSBLOOD: “INTO THE UNFATHOMABLE ABYSS””