I’m not surprised at how good this song is, but I’m surprised at how wretchedly good it is. That driving beat at the beginning, shrouded in dense distortion, is just killer. So is the thoroughly horrific doom slow-down that follows it. So is the lurching, rocking stomp that comes next. And so on… Chris Reifert’s vocals have never sounded more horrific, the riffs are as putrescent and grisly as they’ve ever been, and the closing guitar solo oozes decay. Fantastic!

The new album by the veteran French band Loudblast is another one I’ve been anxiously awaiting. Details about the album have now been disclosed, along with a stream of one of the new songs. The album’s name is Burial Ground and it will be released by Listenable Records on April 28. It can be pre-ordered here.

The advance track is called “Ascending Straight In Circles”, which is a bit of a head-twisting concept. The song itself is dank and devilish, the reverberating notes of the introduction giving way to a pulverizing beat and a series of riffs that alternately writhe and jab viciously. Part thrash, part death, part doom, the song is as catchy as it is decimating. And man, the vocals are thoroughly ravaging. 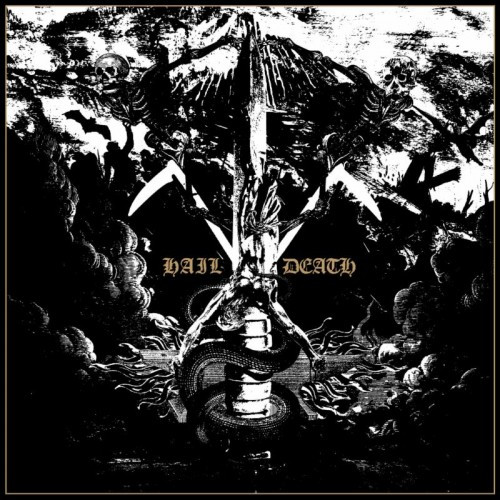 My NCS comrade Andy Synn alerted me to the news about NYC’s Black Anvil, i.e., that their third album — Hail Death — will be released by Relapse Records on May 27 in the U.S. (and slightly earlier dates elsewhere in the world). It’s now up for pre-order at this location. It will include a cover of a Kiss song named “Under the Rose”. I didn’t see that coming.

Relapse also began streaming a teaser reel of music, with excerpts from four songs. The excerpts sound authentically evil and filthy, but so full of hooks that even in short bursts they got my head moving. Check this out:

As previously reported, Vancouver’s Archspire have a new album coming your way on April 25 (April 29 in NorthAm) via Season of Mist under the title of The Lucid Collective. We featured the first advance track back in February (here) and today brought us another one. It premiered exclusively at Brave Words & Bloody Knuckles, so you’ll have to go there to listen — but it’s worth the trip.

“Scream Feeding” is just as blistering and technically over-the-top as what we’ve come to expect from Archspire — the jet-fueled speed is eye-watering and just listening will set your head to smoking and your spine to vibrating. The drum work is particularly jaw-dropping; the song includes a helluva solo, too; and it packs a walloping groove on top of all that. Damn, this is fun!

The Lucid Collective can be pre-ordered here.