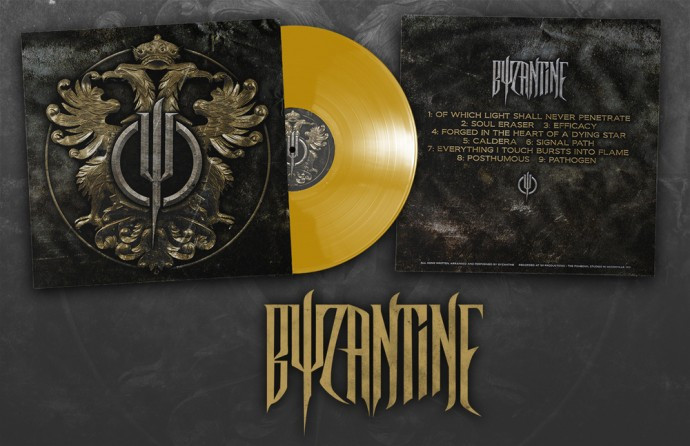 For those of you who, like us, were overjoyed at the 2013 comeback of West Virginia’s Byzantine, we bring you more joyous news. We received the following notification yesterday:

“According to Chris Ojeda, frontman for Byzantine, the band has begun writing material for album 5, due out early 2015. Ojeda states, ‘We have been playing some regional shows in support of our last album and, although it’s been a blast, we really need to buckle down and see how we can keep the momentum going from our last record. I was looking to putting out an EP with a few new songs, a few old songs rerecorded and maybe a cover to release this year but the rest of the guys were pushing hard for another full length of new music and they are right.’

“This album will be recorded late summer of this year and will be once again partially funded through Kickstarter. Next week, Byzantine will be releasing a very limited Vinyl release of their last album complete with brand new artwork. Pre-orders are still being taken through www.byzmerch.bigcartel.com.”

Early 2015 is a long way off, but it’s both a relief and an expectant pleasure to learn that Byzantine are forging ahead with another album. Their self-titled comeback was so very strong, and in case you still haven’t discovered it, listen to this:

11 Responses to “BREAKING BYZANTINE NEWS: A NEW ALBUM IS ON THE WAY (PLUS VINYL)”