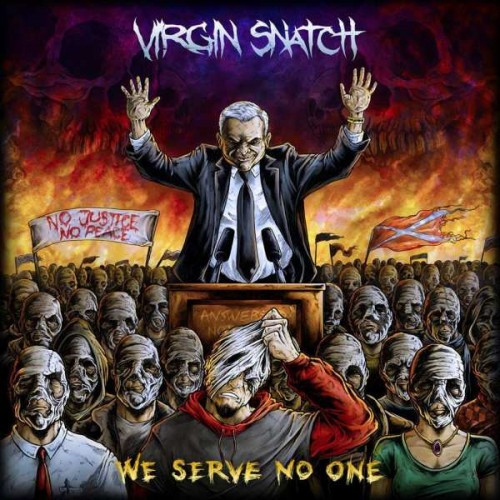 I wonder how many people who read this site even know who Virgin Snatch are. They’ve always been a band who’ve never gotten due recognition despite being one of the most killer and consistent death-thrash bands out there, especially considering their particular sound, which has always stuck out to me. I always felt like these dudes were the ultimate intersection between Carcass and Testament.

Sounds fucking silly, I realize, because to some people those two sounds would have absolutely no hope of blending in with each other. Virgin Snatch, though, have managed to do it, and as a result I don’t think there is another band who sound like them. We Serve No One is the bands fifth full length and it’s every bit as filthy and violent as any of their albums. 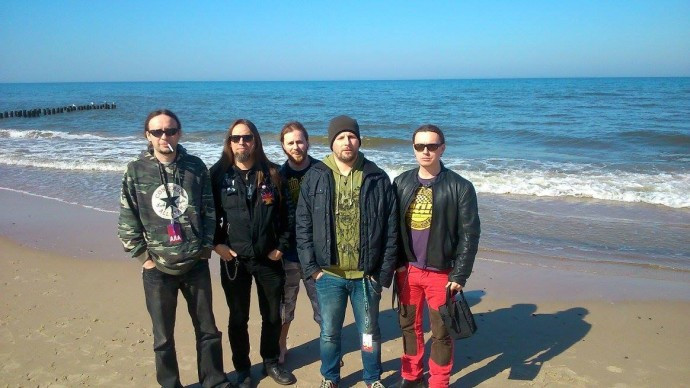 Hitting a sweet spot between the schools of Testament and Carcass, the music is full of raunchy-ass jabs, haymaker grooves, fingertip-flaying solos, and attitude in spades. “Coup De Main” is the album’s intro, and it signals the start of shit getting fucked up in a very Sepultura-esque way. A screeching alarm in the background sounds of pandemonium, all behind a groove that would be at home on Beneath the Remains or Arise. The marching groove is accompanied by a dual-guitar motif that would do Andreas Kisser proud.

“Sister Revolution” is the album’s proper beginning, full of pedal-point riffs and machine-gun blasts of precision. And once again, one of Virgin Snatch’s greatest strengths rears its head in the form of vocalist Łukasz Zieliński. His combination of traditional Polish power roars and melodic cleans that really channel early-Testament Chuck Billy are pretty refreshing and really cool to hear in contrast to one another.

What’s particularly interesting about this record is, despite it being classic Virgin Snatch-styled thrash metal, the band are starting to dive into their death metal outliers quite a bit more this time around. “No Justice No Peace” could be on a Decapitated record, and some of the riffage is overall meatier across the songs. “Fingerprints” is another good example; while melodic for the most part and rather anthemic, the song’s chorus is a one-inch punch to the solar plexus. 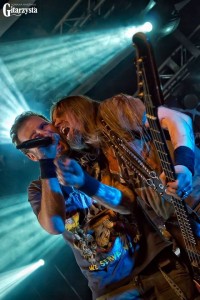 I suppose if I had to equate the death metal feel of the album with a band other than Carcass (whose influence has always been there), the band are starting to adopt quite a bit of Kataklysm brawn into their sound. It has worked as an evolutionary step, because the songs on this album are the heaviest that Virgin Snatch have ever written. Where the Kataklysm sound really struck me was in the album’s closer, “Devil’s Ride”, which has a mood similar to Kataklysm’s “Elevate”.

This is a great album, and if you’ve never heard of these guys before, their entire discography is definitely worth looking into. They’re one of the best death/thrash bands out there, for sure.

Or, I suppose I could’ve ended this review five-hundred words ago and just told you they were from Poland.

We Serve No One was released earlier this month by Mystic Production. The band’s Facebook page is here.

2 Responses to “VIRGIN SNATCH: “WE SERVE NO ONE””