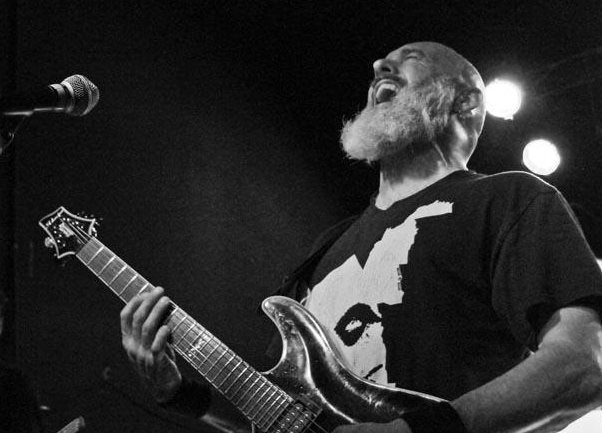 (We welcome Chris “OJ” Ojeda, frontman of West Virginia’s Byzantine, with an eye-opening guest article about the economics of music streaming and what fans can do to increase band revenues. Despite the April 1 posting date, this is no joke.)

Hello friends and audiophiles. This is OJ from the band Byzantine. I want to spread some information that I have been wanting to tabulate and disseminate for some time now. This information is based on 1 topic only: Legal Music Streaming and the Amount An Artist Gets Paid.

Before I get into the hard numbers of this topic, I want to make clear that I am completely bipartisan on this issue. I do not feel that legal streaming has ruined my band’s chances at being a top-tier money-earning act. We have attempted to do that all by ourselves and I am completely fine with that. I also do not feel that legal streaming has afforded my band or myself any luxuries. The figures I have compiled will back that up. With that being said, I have to admit I am very grateful to be spreading this information on my band because it means two very important things:

1. At 39 yrs old, I still have a band, and that’s pretty awesome.
2. A small number of people actually listen to our band and that’s even more awesome.

In 2013, streaming music overtook all other forms of music listening combined, clocking in at around 118 BILLION songs streamed in the US alone. Streaming music accounts for over 10% of all the music sales in the US, and streaming services now account for 27% of all global digital revenues (see this source). While these numbers will continue to climb, album sales and even digital downloads will continue to slip, as they did by 6.3% in 2013. So this topic is a major concern for artists.

What I am going to show you all is Byzantine’s revenue stream from Jan 2013-Jan 2014 based on streams alone. I know this is a microscopic look at a D-level band, but I am almost certain these number will accurately shed light on what bands such as Opeth, Mastodon, Behemoth, and the like are getting paid as well, albeit on a bigger scale.

As of right now, Byzantine currently distributes our latest album through 14 different companies, worldwide. I will be breaking these down into 2 different categories — US and International. In those categories, the companies will be broken down further into Classes based on pay scale. Class I pays the most and Class III pretty much shouldn’t even bother reporting their revenue to us. Actually, after doing this research, I will be taking steps to remove our distribution from the Class III companies, as the $1.96 we pay yearly to use their services can never be recouped. (I can’t believe I even typed that sentence.) So here it goes.

REVENUE STREAM PER SONG — UNITED STATES
This is based on 63,220 Streams of the Byzantine album “Byzantine” between Jan 2013 and Jan 2014.

So, here is what I have learned doing this little analysis: X Box Live is where it’s at! I’m also very pleased with the amount that Sony Music and Rhapsody pay the artist. I know that 1-2 cents per song doesn’t seem like much, but I will provide a very small example and you will see the difference. Also, I have learned that Spotify has a brilliant marketing campaign. I have heard multiple friends say they use Spotify because they promote their company as “Artist Friendly”. Well, at $0.006 per stream, it seems more like “Artist Rapery”.

Oh, and here is the example I have to show you about what difference your choice of streaming means to artists like us. If all of our music had been streamed through X Box Music, our pay for the year from streaming would have been $1,390 as opposed to the $347 we did receive.

Not a big change, right? Well, let’s look at a band like…MESHUGGAH. I will use them because almost all of us know who they are; safe to say you probably love them like I do, and they have been one of the most influential, groundbreaking, and consistent bands of the last 20 years. We have 5,000 Facebook likes, they have 629,000 Facebook likes. Let’s play it safe and say they have had 500,000 streams over the last year. If all their streams had come through shitty Amazon Cloud they would have been paid $110. If all their streams had come through X Box Live, Meshuggah would have been paid $11,000.

That’s the change we need to see.

I am hoping with this information, you as a music buyer will be a little more informed. The options are here and they are plenty. But if you love your artist as much as we love you, stream wisely. It might just pay our gas to the next gig…

19 Responses to “THE ART OF STREAMING: A GUEST ARTICLE BY BYZANTINE’S CHRIS OJEDA”