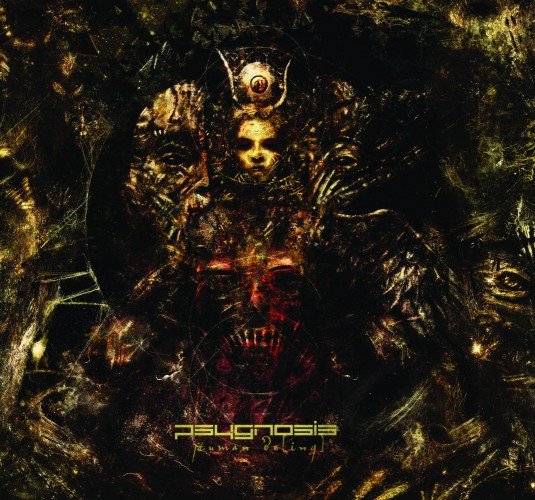 (In this post DGR reviews the unusual new album by the French band Psygnosis.)

Sometimes, when seeking out new music a name just happens to grab you. Such was the case with French group Psygnosis. Whilst doing the usual random band/Facebook surfing I spotted the name and saw that there was a new release out — allowing us to have the combination (if the music was good) of being relevant as well as getting to yell at people to check out a new band. While, sadly, not the developer of the beloved Wipeout and Colony Wars games, Psygnosis are an experimental death metal band — a really young group (in terms of releases) with scant little to their name, and what they have released has been free.

The band have a heavy electronic element as part of their sound, but not in the sense of some random conflagration of rave synths finding their way into the midst of things like some shoehorned-in musical experiment turned Lovecraftian horror. Instead, the band are playing with the multi-headed hydra of the current death metal scenes, combining many genres into one — like much of what the Subliminal Groove record label’s slate of artists are beginning to do. They are also a four-piece, meaning that things are kept relatively sleek as well.

At the end of March Psygnosis released a new disc known as Human Be[ing]. It’s a fascinating album, with many different things happening at once and pulling in many different directions, utilizing the dead space between musical notes to the fullest while being stitched together by furious blast runs and various multimedia samples, like a futuristic and industrial-fueled Frankenstein’s monster. 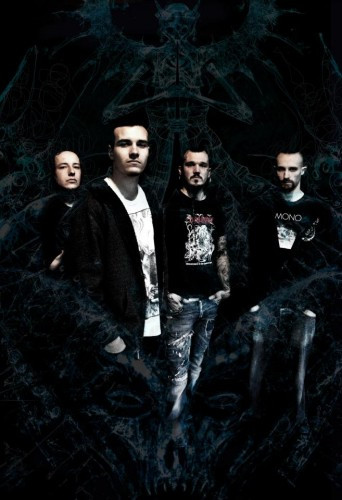 Human Be[ing] conjures the imagery of dystopian horror sci-fi films. Psygnosis imagine themselves as an atmospheric extreme death metal band and they play with the negative space in between notes, allowing silence and ambience to do as much talking as the music present on the disc. They become more than just a four-piece, the catalysts for imagery of derelict ships and satellites lost to space, empty bases on frozen planets still receiving transmissions with the occasional burst of violence.

Much of the music feels empty, like something was supposed to be there but the band instead allowed the emptiness to expand and build up tension — with the effect that each blast of music becomes more and more important as the album moves forward. The group’s sound also relies on a bold choice of using electronics to fill the air, providing atmosphere where sometimes there is no actual music or musician.

That last sentence would sound silly otherwise, but there are spaces that are actually somewhat dubbed out, as well as containing movements that would fit in well with actual drum-and-bass styled electronica — yet they move so slowly, and each instrument serves as an analogue for something the actual band would play.

One of those moments, during the opening movement of “Phase 6”, sticks out because it sounds like the degeneration of the music itself, as everything gives way to a bed of electronics — yet the vocalist keeps on screaming, allowing himself to be distorted as well and giving a sense that this whole album is just a transmission being blasted out to god knows who as a final act of desperation.

The funny thing is, though, that I speak no French, and so the album’s actual concept and ideals may be lost on me, as Psygnosis also use a lot of television, movie, and occasional video-game samples in their native tongue (the Mortal Kombat ones, for instance, did not go unnoticed), and at one point they even have a full monologue play as a whole segment of a song. It runs close to two minutes, and when heard within the confines of a whole disc-run, it actually works really well (one of the few times where the samples are delivered in English). It reminded me a lot of another group, A Backward Glance On A Travel Road (an acoustic act formed by members of Hypno5e) that played with similar ideas.

Luckily, the lyrics are in English, and while they deal with the stock-and-trade perseverance and inner struggles on top of the overall concepts, they still work well. You can read them on the group’s website, where the band have also been making all of their material available for free via Mediafire. I tested the downloads and they’re legit, so there’s no security issues to worry about there.

Despite my linguistic handicap in understanding what the band use to stitch together many of the overarching musical motifs and song structures, I still find myself imagining the imagery described above. Human Be[ing] only has seven songs, but each one pushes as far as it can go — each one easily extending into the ten-plus-minute range, meaning that each tune is more like a mini-epic story in its own right. Yet, Human Be[ing] is one of those discs where you don’t notice the time passing, and that is one reason why the album remains so fascinating to me. 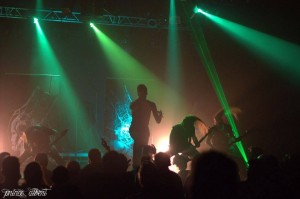 Looking at the song lengths and the time it takes for the disc to move, and all of the space within the music, I can’t figure out how the band manage to go for long ambient stretches yet still keep a listener locked in with them, step by step. The group have even managed to make the now somewhat common djent-down (half deathcore breakdown, half djent showoff groove) work rather well the one time they go for it. Psygnosis even fit in some cello playing (performed by Raphaël Verguin) and it works well in the context of the song it closes out.

On Human Be[ing] Psygnosis have crafted a modern death metal journey. It stretches into expanses unknown on top of its slams, brutality, and blast runs. If you were to compare the actual time the band spends playing to the quiet sections and beds of ambient synth, it would probably favor the latter on a sixty-forty ratio, yet the band make it work — and it is a brave move. Many of their contemporaries are throwing everything and the kitchen sink into the mix, yet Psygnosis take an opposite approach and allow everything to breathe, meaning that the actual music feels like an oasis in the long and empty stretches of the void. This is not an album defined by its bombast or one that is necessarily shuffle-friendly. It is one that is meant to be listened to from front to back and taken as a whole.

In truth, that’s probably the only way the album works, but this is one of those discs where the experience is absolutely worth it. Human Be[ing] may feel like an anomaly, but it’s clear that Psygnosis have found themselves a niche in their ambient and experimental confines and are displaying a total mastery of it on this disc. That you can grab it at name-your-own-price on Bandcamp, or go to the band’s website and get it for free (while making a donation to help the group out) is awesome.