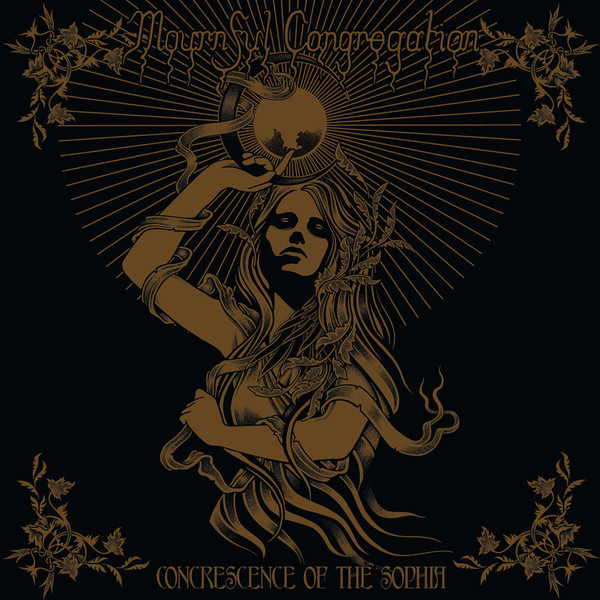 “The return of Mournful Congregation is imminent.” That’s the way an announcement began that I just saw from the 20 Buck Spin label. It perked me right up. Here’s the rest of the announcement, which concerns the first new material from this influential Australian funeral doom band released since 2011’s The Book of Kings.

The band will released a new mini-album titled Concrescence Of The Sophia on June 24th via 20 Buck Spin in North America. The European release will be handled by Osmose Productions.

The release consist of two tracks “Concrescence Of The Sophia” (21:42) and “Silence Of The Passed” (8:57) totaling just over 30 minutes of completely new music from the Gods of Extreme Doom. The vinyl release for North America will be the band’s first domestically available vinyl pressing and will come on black vinyl and two additional color variants. The CD version will be a digipak. A t-shirt design based on the album artwork is also planned.

If all goes well the album will be in the hands of the band on both formats in time for their headlining appearances at Martyrdoom in New York City at the end of June.

And wow, the line-up of that Martyrdoom Festival looks very compelling: 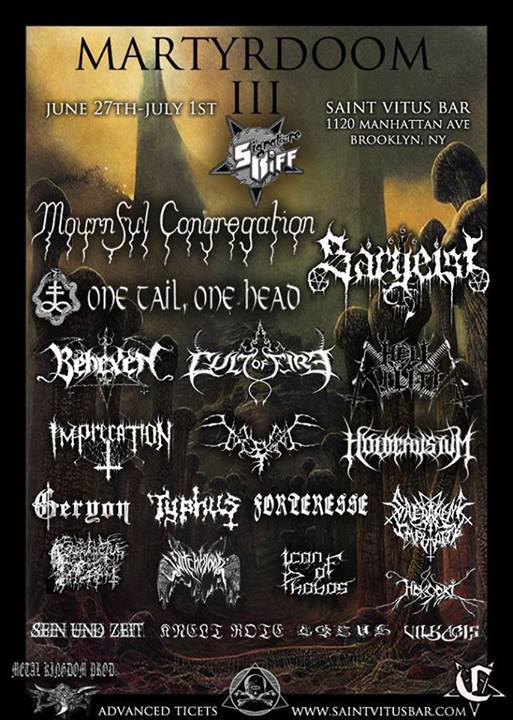 And now that I’m thinking about Mournful Congregation, I believe I will listen to this song and be melted into a puddle of protoplasm:

4 Responses to “THE RETURN OF MOURNFUL CONGREGATION IS IMMINENT”