(In this post DGR reviews the new album by Spain’s Noctem.)

Spain’s Noctem are one of those bands that, in my mind, have improved with each album throughout their career. Every disc has been better than the last, and the band — often feeling especially scrappy due to a staunch refusal to give any ground on their aesthetics and lyrical themes — have always found ways to contort their music to fit the blisteringly fast, fire-hot riffing of their blackened death metal. Noctem have had a penchant for sounding like a huge band over the years and, through whatever means of sorcery, have always managed to incorporate high production values in their music and videos. As their career has progressed, their preference for the epic and grandiose has increased, moving them into murkier waters with regard to genre but always keeping things exciting.

Divinity was my starting point for the band. I found the disc to be a massive slab of death metal, almost like a granite rock falling upon the listener, going from zero to one hundred in the blink of an eye and then staying there for the whole album. Definitely good for a super-quick hit, but a full listen could sometimes get arduous and you really had to be in the mood for it. The followup, Oblivion, rectified a lot of that whilst also making the move from song to song more dynamic. It was on the strength of that disc that I found myself excited for the March release of Exilium.

Even though a bit of time has passed since the disc was released, the delay in writing about it is largely because we’ve really been savoring the album over at NCS. It is, once again, a marked improvement over the group’s previous albums that also sees quite a few smaller experiments paying huge dividends for the full listening experience. 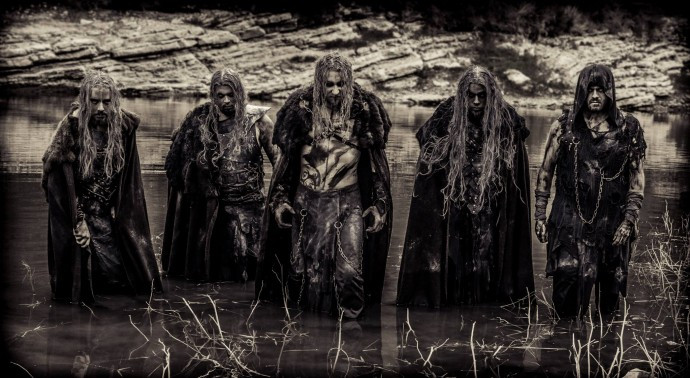 Exilium is a pyrotechnic disc, one that ignites a powder keg of fiery and molten-hot guitar work and death metal speed-runs from the get-go. In one of those moments during the symphonic-build up it feels like, in your minds eye, you’ve watched the match being struck and hitting the trail of gunpowder on the floor, and it’s slowly working its way toward the barrels of explosives in the building. The moment when the band hits represents all the windows being blown out.

It feels somewhat strange to say this, especially given the experiences of the previous two Noctem discs (Divinity and Oblivion), but both of those were huge, boisterous, thick-feeling albums and Exilium is actually quite sleek. Before, the group felt like a huge wall of sound that, while impressive, required the listener to be in the mood to get stuck in the muck of their blackened death. Yet on Exilium the band feel like a band with all the fat trimmed away; they are now a carved statue of death metal.

Much of Exilium’s music is finely honed and tuned for people who wanted more speed out of the band’s sound. Strangely enough, it recalls Kataklysm’s latest impressive release Waiting For The End To Come. Yes, it means the band have slightly eschewed their blackened, bludgeoning sound in favor of the sleeker textures of a little bit of Melodic Death, but that has helped the sound quite a bit; this time you don’t feel quite like you’re drowning so much, and instead Exilium becomes a rush, propelling you from one song to the next with all the tremolo picking and blast runs serving as your fuel. Maybe it reflects a lot on my own personal tastes, but this trend of bands cutting songs to shorter lengths or playing super-fast riffs, as if every note is on a knife’s edge, has been great.

The songs aren’t simpler by any means, but with the muddier and difficult-to-discern segments gone, every single part of the band becomes a high-risk game, where if they fuck up once or allow for one dull moment then the whole song trends downward. Of course, you can also find yourself wrapped in a faceless whirlwind of guitar work as well — where even though everything moves along at a super-fast clip, the results of everything going at hyperspeed all the time means hyperspeed becomes the new norm. Exilium has the occasional moment like that, which isn’t too shocking since it happened on Oblivion as well, but Noctem do have a good sense of how an album should flow by the way the tracks are arranged.

The opening five songs are just a constant acceleration forward right into a wall, essentially turning the listener into a strapped-in crash-test dummy accelerating toward oblivion. In fact, you don’t really get too much of a break from the destruction until the somewhat battle-metal-esque guitar work prior to the chorus of “The Rising Horns”, which itself feels like the band’s take on their own formula plus a little bit of Amon Amarth. The prior three are just a bevy of blastbeats and accelerated riffs, all lorded over by vocalist Beleth and his mid-range scream and growl. 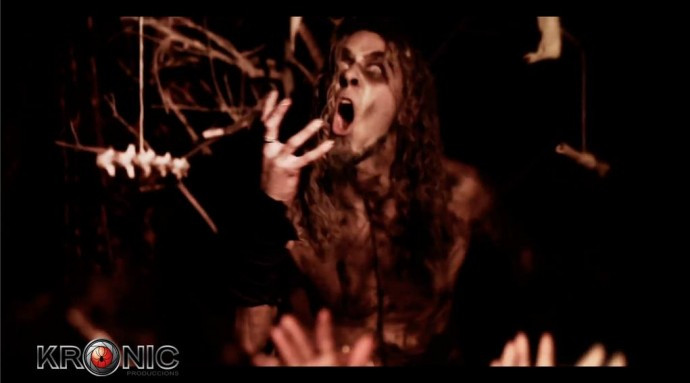 Beleth is probably the most consistent landmark of Exilium, as his style rarely varies throughout the disc. In fact, throughout all of their releases he’s always stayed in a mid-to-low range, so Exilium should be familiar to any Noctem listener on that front. However, it would be nice to get some highs in there, as the band have added more and more to liven up their sound; he is a capable lyricist and vocalist, and that could have changed up the dynamics of the disc a bit more. As it is, on Exilium he and the rest of the band crank it up to 100 and rarely change, but they have found the way to exist within that speed without wearing on the listener too hard.

The drum work is also outstanding, as drummer Vhert makes it seem easy as hell to just fire off beat after blast, on and on. The drum work on Exilium also sounds great, with the militaristic precision of a super-tight snare drum and everything else ringing through very clearly. The double-bass drum is also pummeling, making Exilium sound like it was recorded in a warzone at the end of the Earth.

Exilium is another notch in Noctem’s belt, an improvement upon an already good sound on Oblivion. The band shed some of the weight of their older sound and have built for themselves a more refined and sleeker machine, kicking out super-fast songs at an increasingly efficient rate. Exilium starts at “intense” and ratchets everything up from there; as before, the trek through the disc is one you really have to be prepared for. Every guitar part is sharpened to cut through the air, and each song flies at a blinding pace. Even though Exilium has a pretty decent length, you can find yourself doing the constant repeat listens without noticing until you hit about track five on the album again. Nevertheless, even with a really good back half of the album, Exilium sets the mark very high with the first four songs and intro, and from there keeps the trend going strong.

Every album Noctem have released so far seems to be the one you can use to get into the band, and now Exilium is just as good a starting point as Oblivion was before, and as Divinity was when it emerged. It’s easy to say, at the very least, that it’s the best work the band have done so far and is the easiest one to run front to back. The band’s new additions to their sound pay increasing dividends: On Exilium, Noctem have really hammered down an awesome sound — it resonates like an album forged by experts at their craft who knew exactly how to kick out music of fury, fire, and war.

Exilium was released worldwide by Art Gate Records and is now available from major digital outlets such as iTunes and Amazon. Physical copies can be ordered here. Below is the band’s official video for the song “Eidolon”, and for a limited time until the album’s April 7 European release date, you can also stream the entire album below.