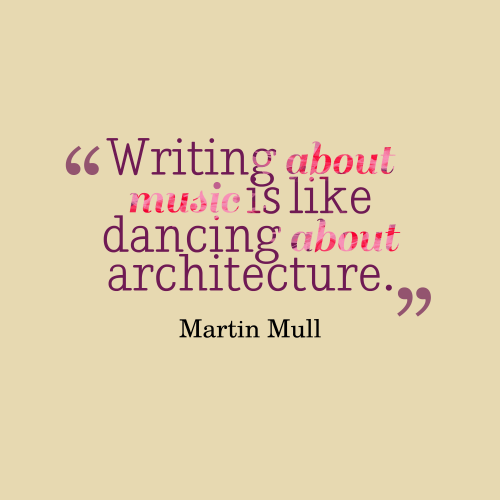 I think about this subject a lot. In fact, I think about it every day. Although I usually don’t manage to review an entire album more than two or three times a month, I write almost every day about individual songs that I’ve heard. I tend to do that quickly, but even then, mixed in with trying to put sentences together in a near-frenzy, I’m thinking (fleetingly) about what makes a review of music worth reading.

I don’t have a single answer to that question. And even the many answers I’ve thought of aren’t all ones I feel capable of following, because I’m a self-taught amateur and I know my limitations. But I thought I’d spill some thoughts about the subject in this post, as much to provoke discussion by readers and other writers as to help myself in a continued groping for some kind of mental synthesis.

I think about what makes a good review from two perspectives, and they don’t exactly line up with each other: What’s fun to write, and what’s useful and entertaining to read. This is why there are so many different answers to that question with which I began: what’s fun to write varies with the writer and what’s useful and entertaining to read varies with the reader. It’s hard to make yourself and everyone else happy.

I know what I enjoy reading. I want to get a sense of the music’s sound and the skill of the songwriters and performers. I want to know something about the genre, and something about the band’s history and interests, if I’m not already educated about those things. But I’m almost equally interested in the skill of the writer. I want to love the prose as much as the anticipation of what I might hear. If a review is dull and drab, inarticulate and deficient in lively turns of phrase, I’m unlikely to go back to that writer a second time. 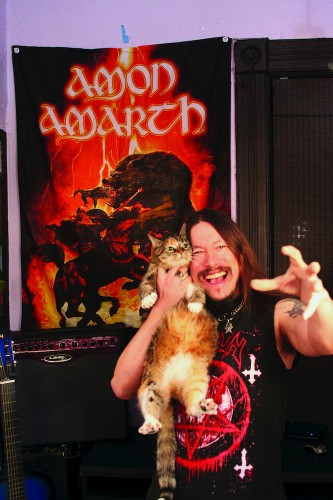 Great writing has always been a pleasure in itself for as long as I’ve been reading reviews (which is a long time), and of course for much longer than that. Maybe it’s even more important today, when almost every artist streams some or all of an album’s music even before its official release. If you can listen to the music itself, why would you spend time reading about it unless the writing itself is pleasurable?

Well, I suppose it’s still faster to read a review than listen to an entire album even when you have the chance to do that, but I suspect a lot of people still read reviews because they enjoy the words — if the words are enjoyable, and that’s a big if. I know that matters a lot to me, especially now that I have far less time to read reviews than I used to, because I’m too busy with my own listening and writing. So I’ve become selective, but I guess everyone is. 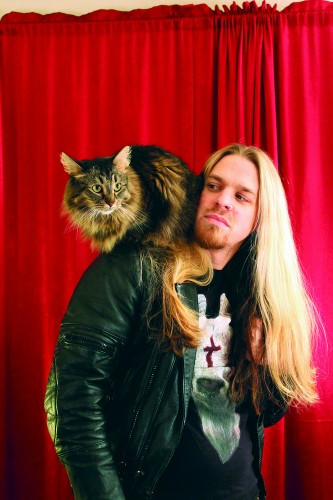 I also have a personal quirk (and maybe you have it, too): I’m drawn to writing that reflects the writer’s personality, writing that has distinctive flair. No matter how cogent the analysis, if the words are as dry and lifeless as day-old white toast, they just doesn’t hold much appeal. I want to feel that over time I’m getting to know the writer as a living, breathing person. I think that’s one reason I enjoy the reviews penned by the other writers at this site. We all have our flaws as writers, that’s for sure, but their distinct personalities come through in the way they write, and I get a kick out of it (though I admit that may have something to do with the fact that I actually do know and like them as people). I feel the same way about the writers I follow outside of NCS.

I guess it goes without saying, but I also pay attention to writers whose taste I trust. You have to learn that over time. And the people whose taste I trust may be different from the people you pay attention to, because we all want a writer’s tastes to line up to some significant degree with our own. Otherwise, we risk wasting a lot of time reading what they have to say. The truth is, this may be more important than the writing style (yeah, I’m contradicting myself). There are people I follow on the web, for example, both musicians and other fans, whose taste I trust so much that if they recommend something, I’m going to grab it even if they say nothing more about the music than “This is really good”. 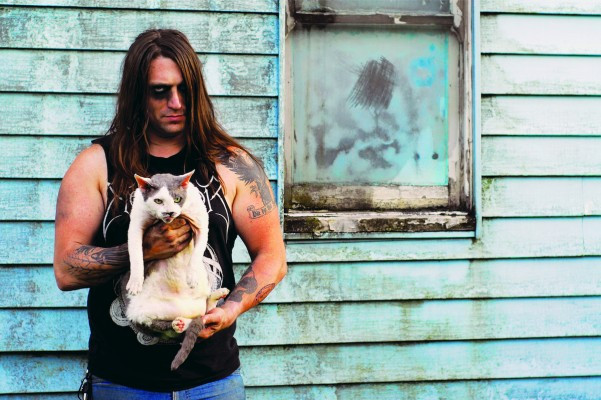 There are professional writers who cover metal. Not a lot of them, mind you, but they do exist — people who actually get paid to write about metal. Some of them are really good, and some of them are simply glib — really talented with a clever turn of phrase, but they leave you relatively clueless about the music and sometimes even doubting their sincerity. The really good ones, though, they succeed at everything I’ve been talking about. They make me wish I could do what they do. I suspect they were all trained as writers, and I’m sure the best ones have a lot of natural talent, too. I read what those people write and I wonder what the hell I’m doing.

The training thing — that’s a rarity in metal writing, where the vast majority of people who slobber all over the internet with their thoughts are self-taught, and in many cases that means they have half-wits for teachers or bright people who just never learned how to write. Still, the training may be limited to how to put together a grammatically correct sentence, how to organize your thoughts, and when to realize that you don’t know how to spell that fucking word and it’s worth the time to look it up instead of guessing. I doubt there’s any real training, other than on the job, for how to write about music, and metal in particular. Yet even those basic elements of training in how to write in general, that tends to give some people a leg up over others. 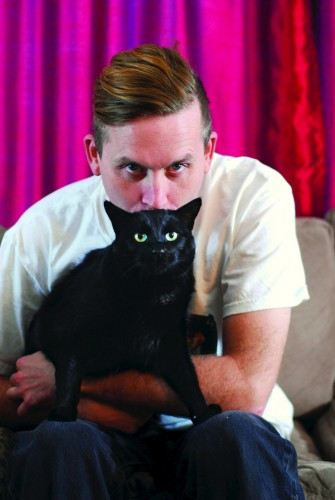 Well, I’ve been going on and on about what I like to read, but there’s that other side of the coin: When I write about music, I want to have fun doing it. When it starts to feel like WORK, that’s when I’ll stop. I bet that’s true of other music writers, too. Yes, I’m very mindful of what I think readers want, but as I mentioned before, people don’t all want the same thing. What I want out of music writing may be very different from what you want. So a lot of the time I default to what gives ME pleasure in stitching the words together.

I think, broadly speaking, you can say two things about music: You can try to describe the sounds, and/or you can describe the way the music makes you feel. With metal in particular, a writer constantly runs up against limitations in trying to describe the sounds — and sometimes I wonder why I even bother with that, since most of the music I write about is actually streaming someplace. But putting that puzzle to one side, it’s tough to avoid repetition in describing the sound. I think that’s why so many metal writers are drawn to metaphors — because that can provide greater room for the avoidance of repetition and cliche, and for creativity. 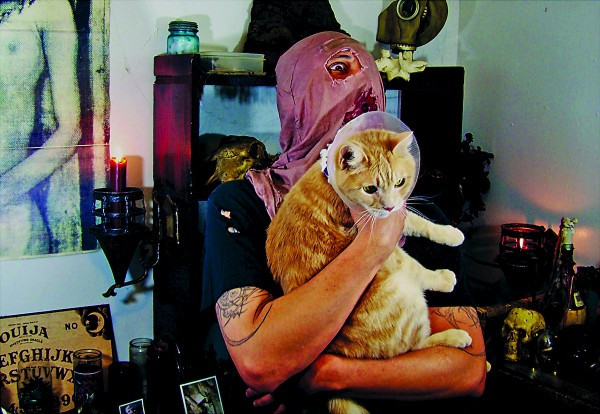 Trying to describe the way music makes you feel can also be difficult (sometimes there’s just no cure for inarticulateness), but for me that’s where the fun really comes in. It’s like a form of release: I hear something, I get enthusiastic about it, I want to tell other people what I’m feeling, I want them to feel it too. Listening to metal is often a cathartic experience, and so is expressing the way you feel when something has affected your emotions in a powerful way.

I think that’s a big reason why I don’t write negative reviews. If I’m not feeling the music, then writing about it would be like… WORK! And who the fuck wants to work, especially when no one’s paying you to do it?

I’ve rambled on long enough. If you have any thoughts about any of these ideas, as a reader or as a writer, please leave a comment.

P.S. The photos in this post obviously have nothing to do with the subject matter. I couldn’t figure out a good way to illustrate it, so I figured, what the fuck, I’ll just use some pics of metal musicians with cats. They’re all from Alexandra Crockett’s forthcoming book, Metal Cats.

30 Responses to “THE ART AND SCIENCE OF REVIEWING METAL”