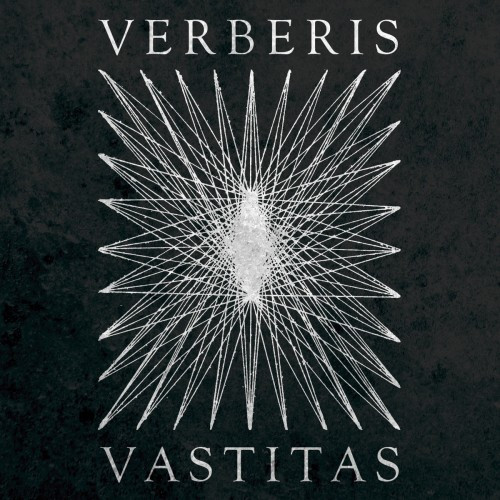 Germany’s Iron Bonehead label has unearthed yet another seething snakepit of blackened death metal, this time from the deceptively beautiful land of New Zealand. The band’s name is Verberis and their debut demo is Vastitas.

With a bit of googling, I learned that “Vastitis” is a Latin word that variously means “wasteland”, “desolation”, and “immensity” or “vastness”. It’s a fitting title for this four-song offering. The music is cold, inhuman, and brutally destructive, with a style that falls somewhere in the plague-ridden landscape between Incantation and Mitcochondrion. The songs are driven by a raging storm of thrashing, low-pitched riffs and thundering, blasting percussion, with the only breaks coming in brief moments of solo bass grinding, eerie ambient conclusions, and a dirge-like segment in the last track, “Fangs of Pazuzu”.

Suppurating lead guitar melodies surface here and there, and the gargantuan echo-chamber roars and howls of the vocalist are reminiscent of Craig Pillard in his Onward To Golgotha days. While full-speed destruction is the name of this game, if you listen closely, you’ll notice a fair amount of flashy fretwork, changing guitar styles, and occasional bouts of drum acrobatics. Every now and then the band will also veer into a convulsive groove (my favorite of those moments coming from the pulsating melody that ends “Kaliginous Ascent”).

Unfortunately, listening closely is required, because the production gives the music a murky sound and it’s tough to make out everything that’s happening. I generally have nothing against murk and muddiness in this kind of evil, atmospherically oppressive music, but I do think in this case a bit more clarity would have served Verberis well. There are some good, addictive riffs riding these stormwinds, and enough technically impressive performances all the way around that I’d selfishly like to focus on them better as the songs horsewhip my head.

But all in all, Vastitis is a very promising debut, one that should appeal to fans of ripping blackened death. I’m looking forward to whatever these musical velociraptors do next.

Iron Bonehead released the demo on April 3 for digital download on Bandcamp, and they say a tape will be coming in May. Listen below.