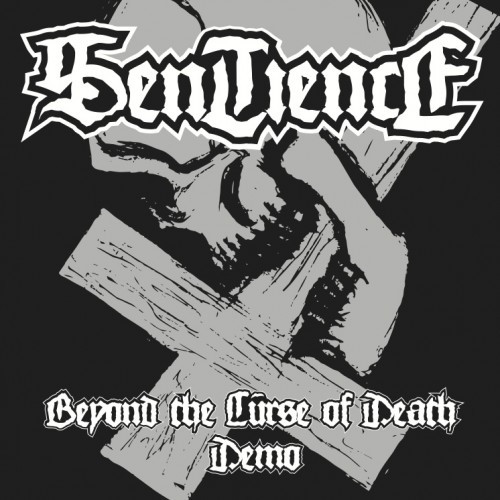 This morning I saw a positive Facebook mention about this band by Patrick Bruss (Crypticus), who knows a thing or two about old school death metal. Sentience is a one-man death metal band from Woodland Park, New Jersey, formed only this year by guitarist/vocalist Matt Moliti (ex-Dark Empire). He has recorded a three-song demo entitled Beyond the Curse of Death — and here’s what really caught my attention: It was mastered by the legendary Dan Swanö, who had this to say about the music:

“One of the best SweDeath projects I have come across in the last 20 years. The perfect blend of all the highlights from the Swedish scene from 89 to 91. Truly awesome!”

I mean, shit, that’s some very high praise, given the source! And who am I to disagree with someone like Dan Swanö when it comes to old-school SweDeath? And in fact, I don’t disagree at all.

The songs, of course, bring that distinctively immense, meat-grinding guitar tone that’s the hallmark of this kind of music, plus a charging phalanx of writhing, murderous riffs, white-hot guitar soloing, and hoarse, throaty howls that hunger for human flesh. But there is so much more going on — an addition of textures that make this demo stand out amongst the flood of other old-school SweDeath revivals.

For one thing, the songs also display a talent for memorable melodies and excellent fretwork. They’re also enhanced with unexpected touches. I especially enjoyed “Dusk”, with its surprising keyboard melody joining in with the rapidly jabbing, concrete-cutting riff attack and the eye-opening lead guitar machinations, as well as the acoustic guitar interlude and interesting rhythms in “Beneath A Bleeding Moon”. And the melody in that last song, by the way, is worthy of the word “epic”.

This really is an unusually good debut that isn’t just a cookie-cutter clone of the original sound. You should remember the name Sentience, and spread it around. The music is available on Bandcamp for a price you name.

10 Responses to “SHORT BUT SWEET: SENTIENCE — “BEYOND THE CURSE OF DEATH””