You might think that having posted 23 very recent song and video premieres over the weekend (here and here), I’d be fresh out of new material to toss your way. But you would be wrong.  Here are four more that surfaced over the last 48 hours that I’ve been enjoying, and the music is so varied — including two exceptions to our Rule — that I’m betting you’ll find something to like as well.

As I previously reported, on May 27 in NorthAm (and May 23 in Euope) Season of Mist plans to release a special 2-disc compilation entitled One And All, Together, For Home. The project was initiated by Drudkh’s  Roman Sayenko and it will consist of 17 songs by eight excellent bands performing traditional song interpretations from their native countries, cover versions of folk songs, or the use of themes and melodies from their musical heritages in original compositions. All of the songs will appear exclusively on this release.

I’ve already streamed the track by Primodial (here) and today I bring you the song contributed by Norway’s Kampfar.

The song is called “En Hymne Til Urd” (A Hymn for Earth)”. Here’s the band’s explanation about the song:

“Former guitarist Thomas Andreassen shaped KAMPFAR’s sound by taking his piano roots and translating them to the guitar. The song ‘Hymne’, which appeared on the only demo the band recorded, is perhaps the clearest example of his connection between classical music, old Norwegian folk music and black metal. The lyrics on the song were lifted from the Norse poem ‘Voluspå’. In this reinterpretation of the song the band revisits several of the melodies from the original song while also bringing back pieces of the ‘Voluspå’ poem. Vocals by Ask Ty.”

Though the song begins with piano and violin, it also includes electrified instruments. Though predictably dark in its aura, given Kampfar’s predilections, it’s an entrancing piece, and the pure, layered vocals are wonderful.

The compilation can be ordered here. 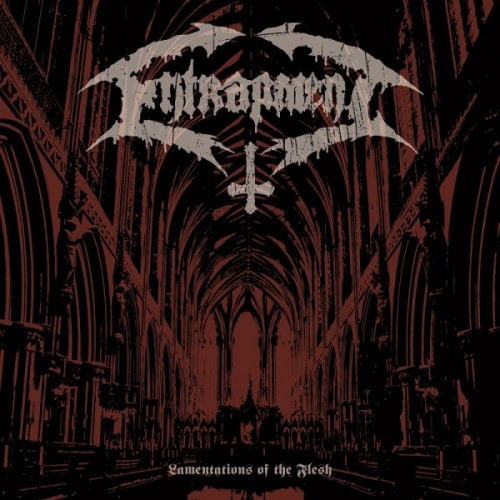 Last June I had my first encounter with this Dutch band via a split that Entrapment did with Russia’s Pyre (reviewed here). It was an encounter that left an impression, sort of like a ruptured spleen. And so, when I saw the news yesterday that Entrapment would be releasing a second album and had begun streaming a bit of music from it, I pounced. It’s just a snippet, but a fruitful reminder of how twisted and evil-sounding Entrapment’s music is. And I continue to love Michel Jonker’s voice.

The album’s title is Lamentations of the Flesh, and it’s due this May via Soulseller Records. Listen to the teaser next.

That brilliant French band Gorod have themselves a new drummer. His name is Karol Diers and he goes by the nickname K’roll. What you’re about to see is a video of K’roll jamming on the Gorod song “Carved In The Wind” from their last album, A Perfect Absolution. Here’s what my NCS comrade DGR wrote when he alerted me to the video:

“Gorod’s new drummer doing ‘Carved In The Wind’. Think it sort of sums up why I think it’s difficult being a Gorod drummer, because while they do play tech-death, very rarely is there a point where the drummer can just give up and blast his way through a riff. There is always some sort of odd time signature, weird rhythm, or strange groove that the drummer is doing. Really keeps that band varied. Blasting actually has a purpose within the band. Also, watching that dude’s feet is mind-boggling.”

Yup. Check this out: 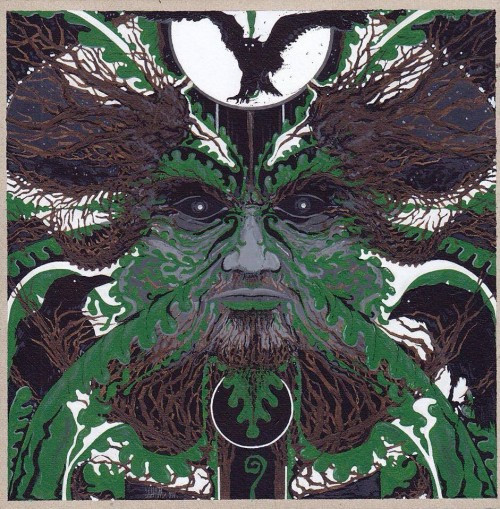 Landskap are a new UK-based doom band whose members hail from other groups such as SerpentCult / Thee Plague Of Gentlemen, Fen, Pantheist, Dead Existence, Father Sun, and Skaldic Curse. Their debut album is due for release by an an unlikely source — Iron Bonehead Productions — on May 16. Today Terrorizer premiered a long song from the album named “A Nameless Fool”, and it’s a thoroughly narcotic jam.

A slow snake-charmer of a lead guitar melody weaves its way through the glacial rumble of the rhythm section as Jake Harding’s pure reverberating wail leads the listeners like a Pied Piper into a land of opium fumes and acid dreams. There’s some deliciously psychoactive guitar soloing in the song, too, and its overall atmosphere is straight out of a decade long past. Listen below.