Enthroned’s Facebook page can be accessed through this link. Here’s the new track:

As I also previously reported, on May 27 in NorthAm (and May 23 in Euope) Season of Mist plans to release a special compilation entitled One And All, Together, For Home. The project was initiated by Drudkh’s main man Roman Sayenko and it will consist of songs by these eight excellent bands performing renditions of traditional folk songs from their own countries, most of them using acoustic instruments:

Today Metal Hammer premiered the Primordial track. It’s a rendition of Liam Weldon’s folk song “Dark Horse On the Wind”. The droning, dismal drift of strings, and eventually a distant drum roll, provide the backing for Nemtheanga’s heartfelt vocals, which are both tortured and defiant. It’s an exclusive stream, so you’ll need to go HERE to listen — and you really should. The album can be pre-ordered at this location. 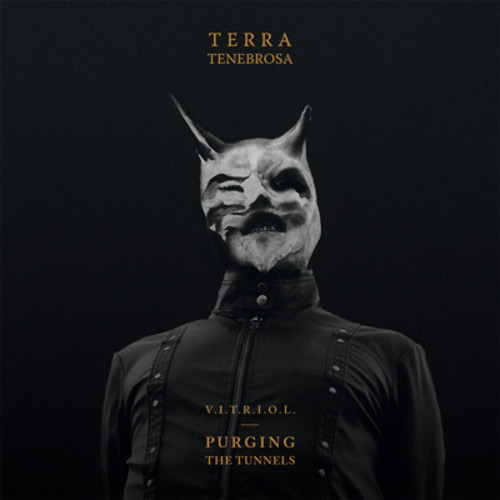 Sweden’s Terra Tenebrosa has released two unusual and very good albums since it came into existence — The Tunnels (2011) and The Purging (2013). Now Apocaplexy Records will be releasing a two-track vinyl recording named  V.I.T.R.I.O.L. on April 10. It is described as “the transformation of the main figure behind Terra Tenebrosa, The Cuckoo, from the albums The Tunnels to The Purging.” The A-side track, “Draining the Well”, was apparently recorded during the sessions that produced The Purging, and it’s nearly 18 minutes long.

The B-side song is “Apokatastasis”, and that one went up today on SoundCloud. It was apparently made during The Tunnels recording sessions. I really like it. Undergirded by a persistent foot-tapping rhythm, it ebbs and flows in a shroud of harsh noise, with slow-moving chord progressions and a crowd of strange, deranged vocals. Though feeling somewhat foggy and haunted by the end, my head continued bobbing for a few more minutes. 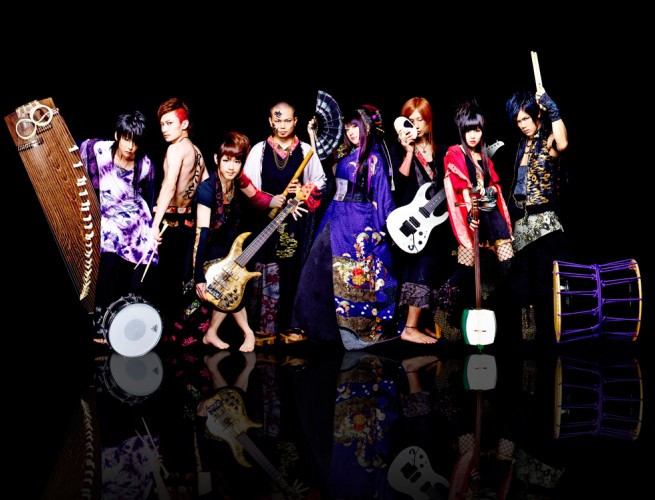 I’ve written about The Wagakki Band twice previously, most recently in February when I discovered a new video for the song “Senbon Zakura” from a forthcoming album. Today, my Tokyo-based pal Phro alerted me to another new video. Unlike the others I’ve posted, this one is a live performance, professionally filmed. The song is called “Kagero Days”. I now really want to go to one of their shows. It’s a wish that will likely remain unfulfilled, since jetting to Japan isn’t something I do on a whim. Maybe they’ll come to the U.S. someday?

Here’s what Phro had to say about the song’s Japanese lyrics on his post at PhroMetal:

And if you care, “kagero days ” sort of refers to hot/hazy days. I suppose you could think of the “dog days of summer,” but I’m not entirely sure what “dog days” are. Also, according to the dictionary, the “kagero” is actually in spring anyway and refers to “the phenomenon of hot air rising from the ground like flickering flames on calm days with beautiful weather. When strong sunlight heats the ground, and air currents rise in a disorderly way causing various densities of air to mix, which results in sunlight refracting as it passes through.” Or, as one Japanese-English dictionary defined it, “the shimmering of hot air,” which is a beautiful and needlessly poetic way to say “mirage.”

But I like needlessly poetic, so let’s stick with that, eh?

Phro also updated his original post to provide this explanation of the lyrics:

Also, I don’t know why I didn’t do this before, but the song lyrics are…weird. Like, 14-year-old emo kid on acid painting with her own blood weird. Basically, the song is from the perspective of a boy, who’s hanging out with a girl during the summer. The girl’s petting a cat, which runs away and she chases after it and gets hit by a truck. The boy’s like, no, this can’t be real and the kagerou laughs at him. Then he wakes up and it’s the previous day, and he’s glad because she’s not dead. They go to the park again, but this time he’s like, gotta save the girl! So they leave early, but on the way home a giant iron beam falls out of the sky and impales her. (What the fuck, right?) Finally after this repeats for a few decades, he realizes that to save her, he has to die. So he jumps in front of the truck. Then the girl wakes up in bed, again on the previous day, and is like “Shit, I still couldn’t save him.”

That’s one fucked story, eh? Makes for a good song though.