(Austin Weber reviews the new album by a band we’ve been following for a long time — Canada’s Archspire.)

When Archspire burst out of nowhere with All Shall Align in 2012, it set a new benchmark for blazing extreme death metal, following in the footsteps of previous speed-, technicality-, and songwriting-pushers such as Cryptopsy and stretching the boundaries of death metal to a place that seemed to make a surprising number of people uncomfortable. Regardless, they impressed a lot of people, and their follow-up, The Lucid Collective, has been greatly anticipated. It certainly delivers, acting as a dream of death mirroring our often collective sleepwalking through existence.

Archspire have always flashed glimpses of a love for Origin and Spawn Of Possession, but they have also made the style their own, giving it brutal legs with which to stand and stomp angrily, and managing to give each track its own unique flow and structure. If Brain Drill was Origin-influenced death metal done to excess (in the opinion of some people), then arguably Archspire are a band who have learned all the things that Origin did right, while not being a rip-off of them at all.

An album like The Lucid Collective is not merely music, but a testament to the human will and ability to achieve incredible and nearly inhuman things through hard work, determination, and focus. Every member of the band performs at an astounding level, not in an effort to impress the listeners with vapid showboating, but with a purpose. Collectively, Archspire form an interlocking mass of arresting malevolence that looms large over the shredscapes and techdreams of noodlers everywhere. 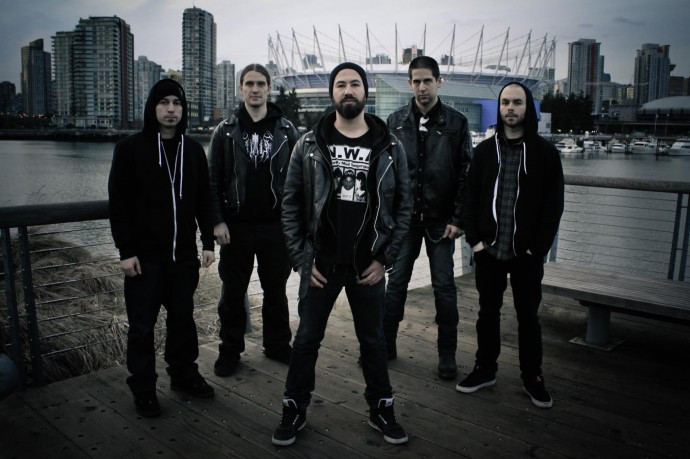 Not only do Oli Peters’ vocals capture a bestial possessed essence, but they are also spewed out at a rate nearly as fast as the rest of the instruments, an outsized, daunting feat in itself. Meanwhile, the band’s spellbinding guitarists Dean Lamb and Tobi Morelli stitch together swarms of diminished sweeps, tactical tapping, and alien lead work with a hyper-melodic focus at times. Unlike other guitarists who play similar kinds of tech-death, they are master riff-crafters as well, not just relying on their ability to shred and sweep, though yes, there is plenty of that and it’s sickening.

Evil Jaron brings a whole other rich dimension to the music through his backing vocals and frenetic 6-string fretless bass playing. He not only keeps up with the guitarists, speed-wise, but also gets plenty of front-and-center moments that are impressive and dizzying. Any top-tier death metal band has to have a killer drummer, but few are at the level of Archspire’s drummer Spencer Prewett. He’s one of the fastest out there, but he doesn’t just straightforward blast; he’s always breaking up the onslaught with a lot of crazy stop-on-a-dime patterns. Constantly crashing out a hailstorm of jackhammering drum beats amidst the intense stop-start nature of these songs, Spencer Prewett is the real deal, a machine-like disperser of unfathomably tight and fast drumming. For those in disbelief here is a fun video of him I’ve been sharing:

Archspire’s frequent use of memorable build-ups and interesting, interwoven brutal-slam-sandwiched pauses lends a necessary balance to the overall maddening, speed-addled nature of their ferociously relentless music. It gives them a lot of their identity as well, serving as the crucial component that makes their music so dynamic.

I love their slight progressive inclusions as well, such as the melodic solo that rises up midway through “Join Us Beyond” and then grooves until laser sweeps transition the music back into insanity. Or the reverberating intro to the calmest song of the album, instrumental “Kairos Chamber”, which offers up a sublime atmospheric sense of wandering in emptiness, a haunting feeling that repeats later on after a midway jaunt into seismic brutal chugging and serpentine riffing.

The expansive fretless bass eruption that comes in toward the tail end of the guitar solo on “Fathom Infinite Depth” is equally unexpected but works perfectly. A further good example can be found in the beginning licks of “Spontaneous Generation”; they come off in a neoclassical way, except majorly sped up and twisted. Closer “Spontaneous Generation” is the strongest song of the album, a monolith to destroying monoliths, an act of destruction so fast and angry that it wickedly emanates a devouring sense of foreboding dread throughout.

It takes repeated listens to fully sink in, but with this album Archspire have succeeded in taking everything that detractors of  modern technical death metal loathe, inverting all its tropes, and coming out the other side as clearly one of the best in the business. Labeling The Lucid Collective as intimidating would be an understatement; to call it absurd in the best way possible is far closer to the truth.

The Lucid Collective will be released by Season of Mist on April 29 in North America and April 25 in Europe. Below are the three songs from the album that have premiered as of this writing.  UPDATE:  You can now listen to a full stream of the album at this location.

9 Responses to “ARCHSPIRE: “THE LUCID COLLECTIVE””