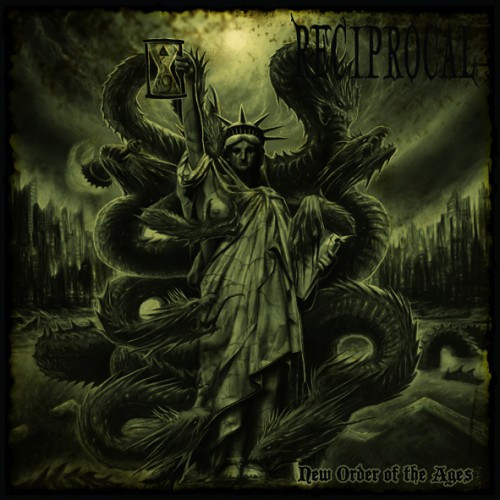 Late last fall Southern California’s Reciprocal self-released their second album, New Order of the Ages. It was an 11-track, 67-minute monster that drew the attention of Lacerated Enemy Records, which will now be releasing the album on CD this coming June 6, with new cover art by Jon Zig.

I missed the album when it first made the rounds last year, but because of this expanded label release I’m getting the chance to find out what I missed. And if you missed it, too, we’re giving you a chance to make amens — because today (along with Terrorizer in Europe) we’re helping to spread the word about a stream of the album’s fifth track, “Illuminati”.

Listening to “Illuminati” is like being unceremoniously parachuted into the middle of a war zone on some distant world where the weaponry is beyond our understanding and the combatants assault each other in highly accelerated time. All the instrumental performances are simply off the hook and tightly integrated despite the jet-fueled pacing and the dizzying course changes. 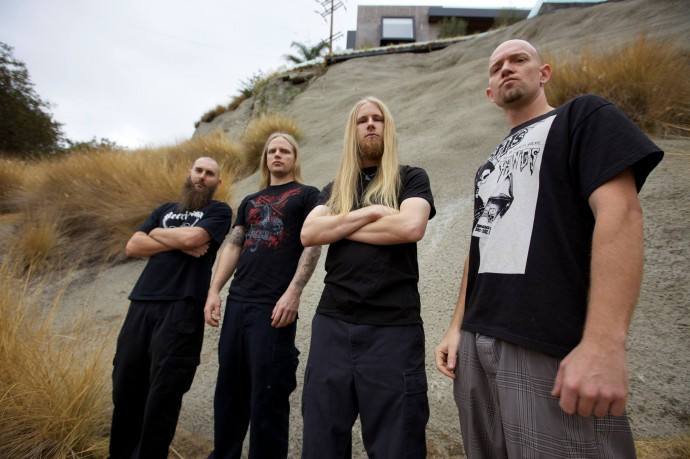 With a blizzard of spidery fretwork, blazing-fast percussion, and rapidly changing tempos, Reciprocal will keep you off-balance but thoroughly engaged. Fittingly, the sharp, balanced production allows each performer to shine through — as you will hear, there are no second-class citizens in this collective.