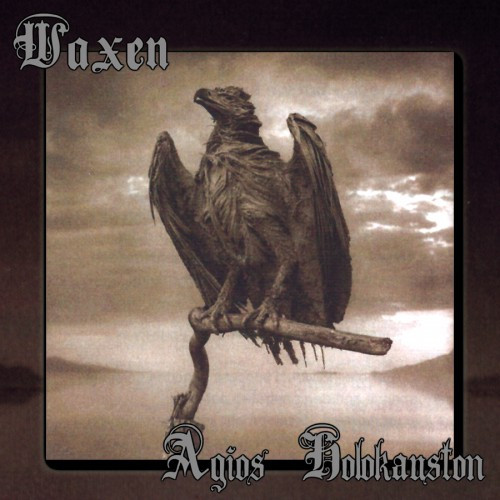 Waxen is the solo project of Wyoming-based Toby Knapp, who has steered his prodigious talents in a multitude of different directions with different metal bands (as well as his own solo efforts) since the early 90s. Waxen’s debut album, Fumaroth, appeared in 2006, and after eight years Moribund Records is now poised to release its successor, Agios Holokauston.

Today we’re bringing you the premiere of a song from the new album named “Hollow Eyes”. It’s a bit of an unusual choice for a premiere — and to be clear, we chose the song. Much of Agios Holokauston is a raging black metal conflagration, a firestorm of 6-string guitar pyrotechnics married to compelling melodic hooks, neck-snapping rhythms, and sulfurous vocal assaults. But after bouncing back and forth among our premiere choices, the haunting beauty of “Hollow Eyes” proved so compelling that it’s the one we wanted to share with you first. 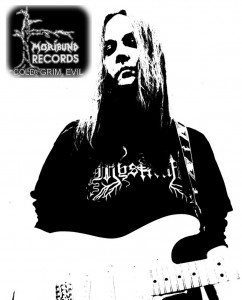 It’s a song that would perhaps more fittingly be slotted into the genre of doom than black metal, announced by the plaintive sound of strings and slow, heavy, dirge-like chords. Toby Knapp’s harsh, agonized vocals appear like an angry wraith behind the dark thorns of the music, counterbalanced by an entrancing melody that becomes more and more emotionally affecting as the song progresses.

The song isn’t nearly the showcase for Knapp’s guitar wizardry as other songs on the album, but the layered leads in “Hollow Eyes” have their own kind of power.

Agios Holokauston is scheduled for release on May 17, 2014. Enjoy “Hollow Eyes” below.