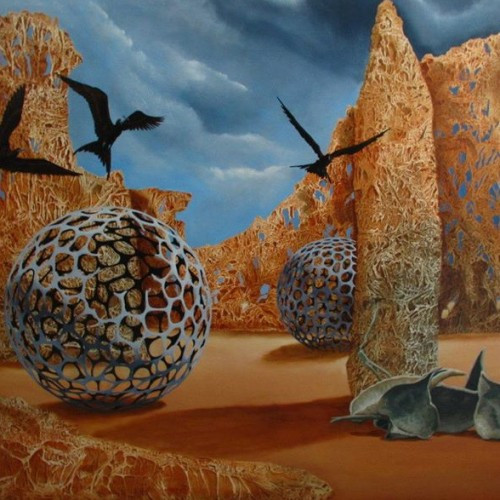 This one only came out at the tail-end of last year, so I think we can be forgiven for missing out on it in the holiday rush. However, the fact that such a strange, yet incredibly compelling, album failed to ping on our radar is one mistake I’m happy to be able to correct.

Over-simplifying things for the sake of brevity/clarity/hyperbole (delete as appropriate), Barishi – whose name which I dearly hope is drawn from the novel Silverheart and not from… other sources –  perform a type of wilfully avant-garde prog-metal, one which mixes Intronaut’s more melodic and psychedelic tendencies with the hardcore bite and bitterness of Poison The Well and the same sort of autistic-savant creativity of Ihsahn’s solo output.

Granted, at first glance it seems like the band’s strange arrangement of sounds and influences is something of an odd conglomeration, opposing styles and off-kilter elements fighting against each other for attention in a crazed cacophony of wild, untamed melody and sudden, spasming aggression. But give it time. It’s not an immediate album. At some point things will start to come together – you’ll tilt your head just so and thing will slot into place. The madness will suddenly make sense, as odd dispositions and disjunctions become conjunction and creativity.

And that’s when things start to get really interesting. 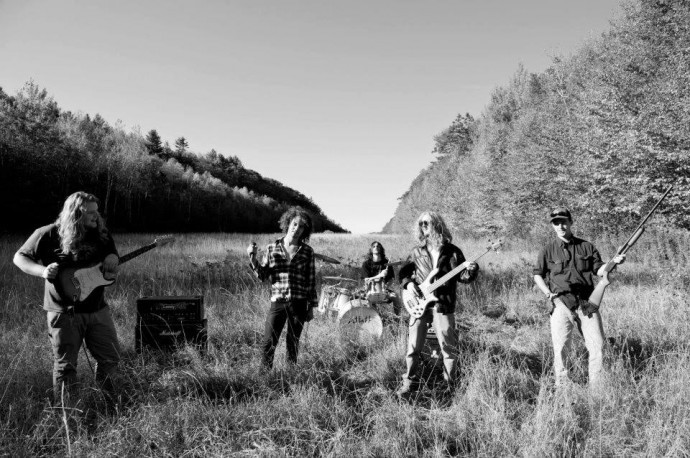 The slow, buzzing feedback and squalling saxophone of “Sky Burial” build into the jabbing riffs and twitchy drums of “Holy Mountain”, a beautiful disaster of a song built from layers of controlled chaos and intangible melody, twisted together into a furious freak-out of hallucinogenic hardcore haze.

“The Rider” is a strange, multi-dimensional beast, melding warped prog grooves with some savagely inventive metallic guitar work, full of pulsating riffs, finger-twisting pseudo-melodic runs, and stabbing chords, culminating in a stomping, disjointed finale that sounds like Protest The Hero gone off their meds.

“Exhibiche” is the sort of beautiful instrumental that Scale The Summit would be more than happy to claim for their own, a vibrant, multi-coloured tapestry of soaring melody that clears the way for grandiose epic “Through Mountains, Through Plains”. Its elemental riffs and dramatic clean vocals echo Black Sun Aeon, while channelling an exploratory 70’s prog-rock spirit, unashamed to make sudden twists and turns into jerky, clattering hardcore or sweet, blissful ambience, culminating in a gloriously uplifting finale.

The nervous energy and funk-metal riffage of “The Waves” can’t disguise the raw savagery that rears its ugly head almost immediately, guitars hacking away with reckless abandon as the vocals scream and screech their way through a torrent of cathartic vitriol. The song’s razor-sharp energy and convulsive rhythms reach their crescendo in a finale of fluid solo work and apoplectic screams.

“A Place That Swallows All Rivers” is another instrumental painting of shape and colour, sublimely melodic and brimming with passion, which precedes the fantastically titled “Jaguar Scarification Ritual”. The song – all nimble, dancing bass lines and scintillating drum patterns, gleaming guitar work and exotic, multi-faceted vocals – repurposes more than a few echoes of King Crimson for its own nefarious use and, in doing so, ends the album on a thrilling high note, riding off into the sunset on the back of a stuttering, thrusting riff and nerve-jarring vocal refrain.

If you like things progressive and unconventional, if you have a preference for artists who are wilfully difficult and who gleefully — even shamelessly — revel in their own contradictions and imperfections, if you prefer the risk of the experimental to the assured safety of the familiar, then this is one album that’s definitely for you. Magic, in a word.