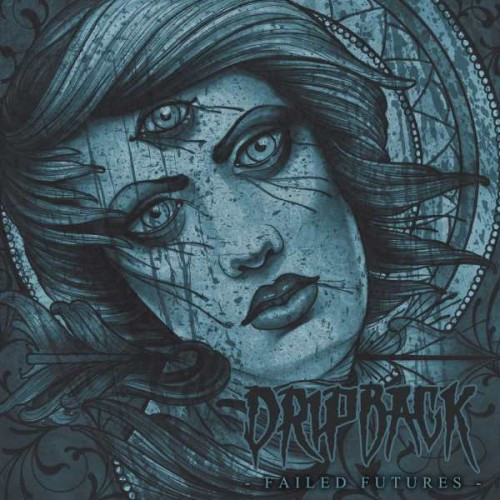 Some bands, heavy as they might be, are all about subtlety and nuance. Grand ideas and deep layers disguised by heaving guitars and booming drums.

Others are more direct, and want nothing more than to vent their frustration and deliver a serious metallic beating to whomever is (un)lucky enough to stumble upon their music.

Dripback are definitely the latter type of band.

Failed Futures – a vile concoction of brutal Death Metal, violent Hardcore, and pissed-off Punk (edged with touches of manic Grind) – is a high-percentage brew of gut-wrenching riffage and poisonous nihilism which shows no mercy and takes no prisoners over its 13-song/39-minute length. 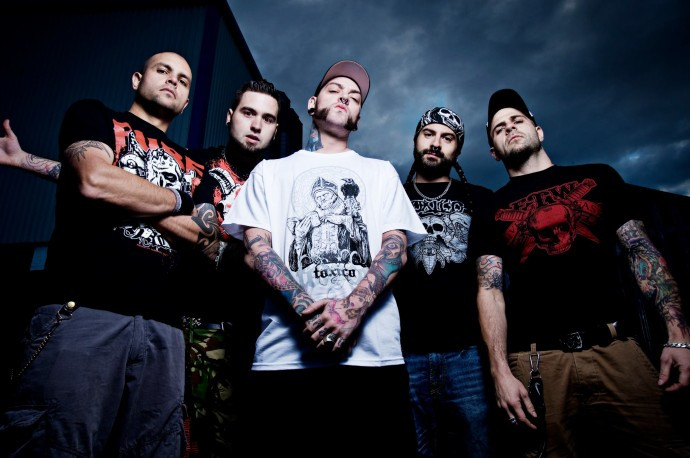 Every song here is a short, sharp, shock to the system, beginning with the mix of primal punk-metal groove and spasming death-blasts that makes up “Wasted”.

This is followed in quick succession by the Dying Fetus-meets-Earth Crisis bludgeoning of “Rest With The Dead” and the bruising riffage and spiteful hooks of “We Precede The End”, delivering a one-two metallic beatdown of sadistic sonic fury.

It’s an album which starts as it means to go on, savage, brutal, and defiantly ramshackle. Drunk with hate and sporting a gleefully malicious, split-mouth grin of pure malevolence, it’s more than just an aimless piece of impotent aggression though. It’s the product of a band who know exactly where to place their punches and measure their dosage for maximum impact.

From the ballsy, brutish swagger of “Profit Driven War” – mixing neck-snapping hooks with jerking convulsions of grinding ferocity – to the nightmarish antagonism of “Victims – transforming from a bleak vision of broken hope to a riot of bone-shattering aural violence in the course of less than 4 minutes – it’s all too clear that Dripback know exactly what they’re doing, and don’t care who gets hurt in the process.

Every scream, every growl, every gang-shout, every howl… it all brims with hatred and disgust. The riffs scratch and claw and bludgeon with pure animosity, each song, be it the sub-2 minute, belligerent blast of hostility that is “Stranglehold” or the down-tuned groove and grind of “Forgotten Code”, bleeding venom and integrity from every pore. It’s rotten and ugly and painfully, provocatively real.

Mixing crushing Death Metal with hyper-aggressive Hardcore elements may not be a new thing, but this is one album with no interest in following trends or sticking with the crowds. It’s a slab of unrefined ugliness and unrepentant metallic menace that exists purely to piss people off and ruin their day. It’s not nice music and it does not play well with others.

So call it “Deathcore” if you must, just be aware that uttering that word in the wrong corner is liable to get your teeth kicked in. Then again, that might be exactly what you deserve.

Failed Futures was released in March 2014. It can be downloaded or ordered on vinyl via the links below. The entire album can be streamed on Spotify. Below is the lyric video for “Profit Driven War”.