Over the last 24 hours I discovered (thanks in large part to tips from NCS friends) quite a lot of new music and news that I’d like to recommend to you — so much that I’m dividing the discoveries into two posts today, this being the first.

I always look forward to new music from Origin. I know that, if nothing else, it will simulate the experience of wetting my finger and sticking it in a high voltage electrical outlet, except without the heart stoppage and the hair smokage.  And yesterday brought release details about the new Origin album — Omnipresent:

It will be released in North America by Nuclear Blast on July 8 (yet another birthday present for me!) and by Agonia Records in Europe on July 4. The cover art, which is visible above, is by Colin Marks (Nevermore, Kataklysm, Exodus), who also created the cover for the band’s Entity album.

Drummer John Longstreth, guitarist Paul Ryan, and bass-player Mike Flores are back, and this album will feature the Origin debut of ex-Skinless vocalist Jason Keyser. Colin Marston handled the mixing and mastering. Pre-ordering is available here for Agonia. This is a new band photo: 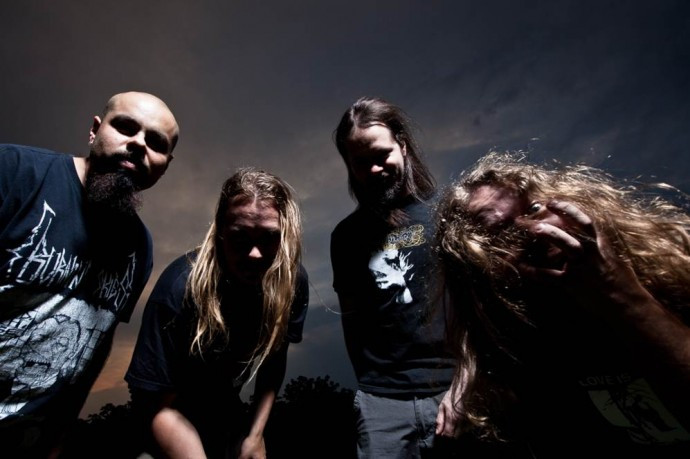 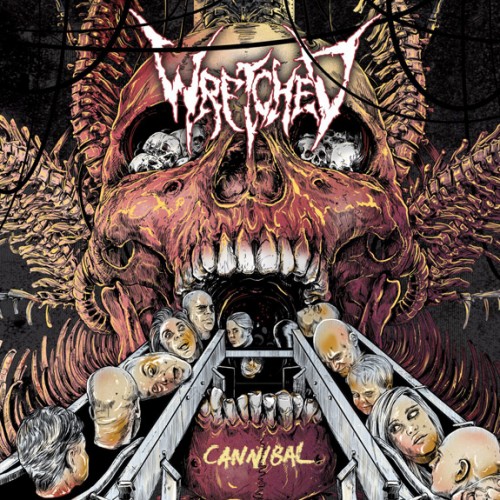 We’ve been following North Carolina’s Wretched for a long time at this site. They have a new album named Cannibal that’s now set for release by Victory Records on June 10, and yesterday Lambgoat premiered the animated video for a new song named “Morsel”. The eye-pleasing animation is by Dustin Smith.

The song is hot to the touch — the kind of thrash-influenced death metal that blazes with spidery fretwork and hyperactive drumming while infiltrating your head with a seductive melody that continues to worm around in there after the song ends, like an alien larva. The high-low vox in the song are also bestially attractive.

Cannibal can be pre-ordered here. And by the way, the cover art is damned good. I renew my appeal to labels and PR people to identify the creators of cover art in their press releases (I don’t know who did this one). The “Morsel” video is next…

UPDATE:  Victory Records has now supplied me with the cover artist’s name:  Raf the Might (killer work)

Last week I mentioned my surprise at discovering that the new album by Dead Congregation (Promulgations of the Fall) was being released yesterday in Europe. Not having received any advance music, I nevertheless ordered it promptly, because the past work of this Greek band has been very good. However, because I am not in Europe, I haven’t yet received my CD. But because certain fortunate Europeans have, one of the songs has already made its way  to YouTube.

The song’s name is “Nigredo”, and it’s a scorcher — a fast, distortion-shrouded phalanx of blazing riffage, blistering percussion, and nightmarish vocals. A morose but affecting lead guitar melody slowly pierces through the sonic warfare and moves at a pace that contrasts with the hell-for-leather speed of everything else — until everything else falls to a crawl for brief moments before the conflagration erupts again. Fantastic blackened death metal.

Listen fast because this isn’t an authorized stream and may go away soon. 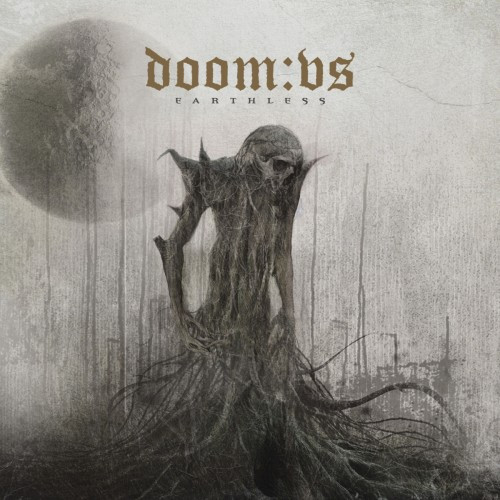 Doom:VS is the solo project of a Swedish musician named Johan Ericson, who is also the guitarist for the band Draconian. He has completed the third Doom:VS album, Earthless (with harsh vocals contributed by Saturnus member Thomas A.G. Jensen), and yesterday I discovered a song from the album named “White Coffins”. It’s excellent.

I originally intended to feature just the one song, but in preparing this write-up I discovered that the entire album is now streaming and available for download or order on disc via Bandcamp. I still haven’t heard anything more than “White Coffins” (though I’m definitely listening to the rest of the album soon), so I’ll offer a few words about that and then include the whole Bandcamp stream below.

“White Coffins” incorporates truly anguished, dismally beautiful melodies in a setting that’s often massively heavy. Jensen’s harsh vocals are both majestic and terrifying, which is a combination that could be said of the song as a whole — except the music also gleams with a kind of cold, porcelain beauty. Moving and powerful…