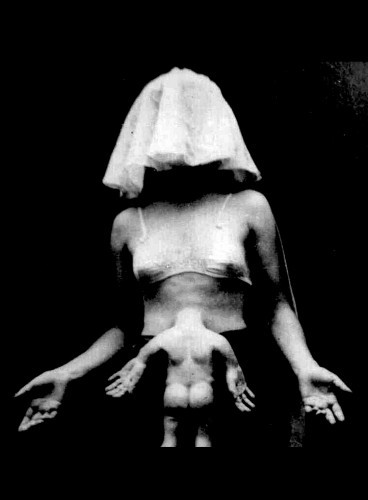 I have poor impulse control.  Many people with poor impulse control die young. In my case, over many years, impulsive decisions have worked out to be good decisions. I know this is nothing more than being lucky in my dice rolls with an uncaring universe, but the experience hasn’t exactly motivated me to stop being impulsive.

Take last night for example. I have many partially written NCS pieces that are beginning to grow moss because they’ve been neglected for so long, not to mention a variety of interviews and reviews I told various people I would do but have not yet started. But did I make headway on any of those things-to-do? No I did not.

Instead, I impulsively checked out a link to a song posted on Facebook by someone whose taste has proven to be congruent with my own. And that song turned into five, and now I’m writing this — because it all worked out, yet again.

I think the soil of my mind had already been furrowed and fertilized and made ready for the seeds sewn by Human Bodies after listening to a song by the band Dripback whose album Andy Synn reviewed for us yesterday. Which is to say, I was already hammered by pissed-off music and was in the mood to receive more. 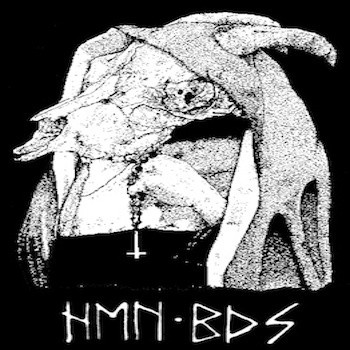 So far as I know, Human Bodies have made only two releases — Demo MMXIII in December 2013 and a single named Scapegoat in late January 2014. The 2013 demo is “name your price” on Bandcamp, and the single is streaming there, but sadly not available for download. Altogether, these releases account for five songs.

Because I listened to these songs so soon after listening to Dripback, I messaged Andy links to them.  He compared the band’s style to Horned Almighty and earlier Gorgoroth. I eventually started thinking about Sargeist and Darkthrone’s more punk-fueled output. But still, I’m not sure any of these references are really dead center.

This is a primal, gut-punching fusion of black metal, punk, and hardcore. The booming, scraping riffs are immediate grabbers, as in they’ll grab the back of your head and beat it against the wall, and you’ll smile through your broken teeth. And on top of the highly infectious rhythms, Human Bodies throw a bunch of dissonant, howling melodies that have their own hooks. Speaking of howling, the vocals sound like they’re coming from a caged banshee over in the next room who really wants to get out and come for your jugular.

Ripping, raw, covered in distortion, and almost physically potent, the music of Human Bodies kicks the living hell out of a peaceful day. If you’re looking for an adrenaline high or a sure-fire mosh trigger, dive in.

I haven’t found any social media for these dudes. They’re apparently a two-piece group from Boston.

P.S.  Only after writing all of the above did I think to check my bulging e-mail in-box and found that this band wrote me about their music in December. In addition to being impulsive and lucky, I’m often stupid.