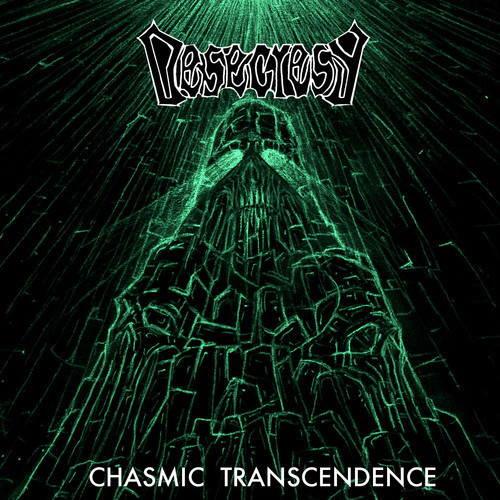 I’m bending the normal self-imposed rules of the MISCELLANY game today. Usually, the way this works is I randomly pick bands whose music I’ve never heard before, I listen to a song or two, I write my impressions, and I stream what I’ve heard so you can form your own judgments. For today’s installment of the series, however, the selections aren’t exactly random: The bands were recommended by people whose judgment I trust, and in all three cases I listened to a song before deciding to make them the subjects of this post.

The truth is, all three of these albums are ones I would really like to review in full, based on what I’ve now heard. But I’m so far behind in my reviews that I fear I’ll never manage it. Rather than run the risk of failing to write anything at all, I decided I would at least do this.

Patrick Bruss, the main man behind the excellent Crypticus, recommended this first group, and it was a very enthusiastic recommendation — for which I am truly grateful.

Desecresy are a two-man band from Finland, and their new album (their third) is entitled Chasmic Transcendence. It was released in mid-April and is now streaming in full at the Bandcamp site of Spain’s Xtreem Music, where it can also be ordered and downloaded (here). Although I hadn’t previously heard of this band (so far as I can remember), the songs I’ve heard from this album have blown me away like an acorn in a hurricane.

What I’ve heard so far are the album’s first two tracks, “The Ethereal Bane” and “Shattered Monuments”, and then (randomly) the fourth one, “The Eye of Death”. Desecresy lay down mountainous grinding riffs and thunderous percussion and drench the music in an aura of gloom and decay, with vocals that are abyssal and abysmal  (in a good way). The first song is a mid-paced menace, the second an accelerated tank attack, but both songs feature eerie lead guitar melodies that really stand out.

“The Eye of Death” may be the most memorable of the three, no less pulverizing than the first two but gifted with even more massively magnetic riffs, including one that made the name Amon Amarth pop into my head (plus another one of those slithering lead guitar parts) . 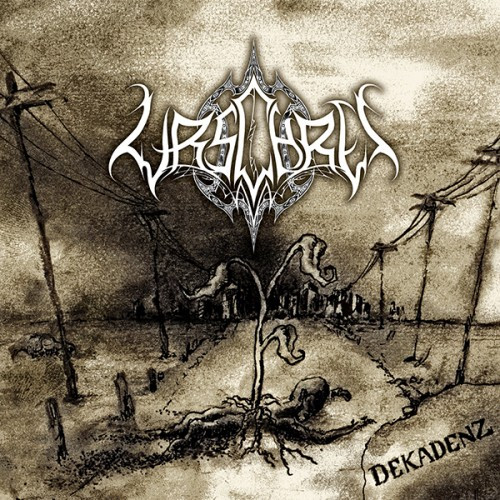 My midwestern sister in metal Raven S. recommended this next band, something she rarely does, which made her urging on behalf of Urschrei something not to be overlooked.

According to Metal Archives, this German pagan/black metal band first took shape in 2007, split up in 2009 but continued as a solo project, and became a full band again in 2011 (though the full band appears to consist of only two men, vocalist/guitarist Felix Wolfrum and drummer Micha Eibisch, with additional live session members). Last year Urschrei released their debut album Dekadenz, which is available on Bandcamp. For purposes of this MISCELLANY listening session I checked out the album’s title track (the one recommended by Raven), and then the album’s longest song, “Welk” — 20 minutes of listening between the two.

The music of “Dekadenz” is dramatic and powerful, with sweeping folk-tinged melodies moving in waves across the thunderous, spine-shaking undercurrents of the song. Wolfrum’s clawing vocals are impassioned and scarring, and they enhance the fierce fervor of the music. “Welk” moves at a stately pace from a beautiful, layered guitar introduction into a panoramic, post-metal-styled instrumental section with a vibrant trilling melody. The song begins building in intensity as Wolfrum’s venomous howl joins the fray, the atmosphere becoming increasingly warlike without sacrificing the gripping force of the melody, and eventually comes full circle to the sublime reverberating notes of the finale.

Seamlessly uniting the beautiful and the harsh, the sublime and the ravaging, Urschrei have created richly textured, emotionally moving music that radiates an epic aura. A wonderful discovery. 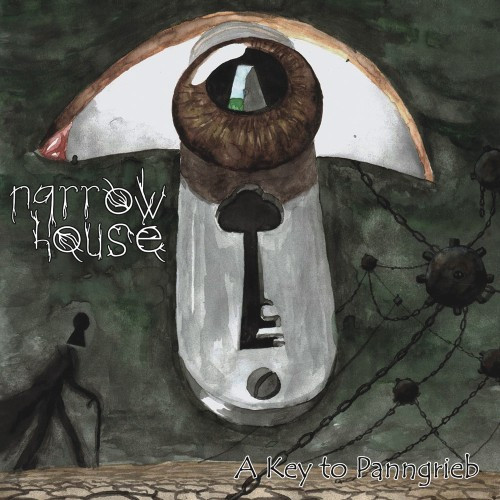 Occasional NCS contributor KevinP was the source of this final MISCELLANY test case. Unlike Patrick and Raven, he simply provided a link, with no words of recommendation, and so I can’t be completely sure whether he was enamored of the music or simply thought I would be. Regardless, I checked it out.

The band’s name is Narrow House (a reference to a coffin) and they’re based in Ukraine. Their debut album A Key To Panngrieb was released by Solitude Productions in August 2012, with creepy cover art by Andrey Sivolap. It consist of four mostly very long songs, the last of which is a cover of Esoteric’s “Beneath This Face”. Without having much reason for the decision, I stabbed the 13-minute third track, “Стеклянный Бог (The Vitreous God)”, for purposes of this MISCELLANY test.

It’s a a solemn devotion to the creation of heavy-hearted atmosphere, and listening is like casting yourself onto a fragile raft being swept gradually out to sea by ocean swells under a moonlit night sky. It’s slow and sorrowful like much of the music in funeral doom, and includes protracted words uttered in deep, jagged tones, but some aspects of the song are unexpected — principally the use of a cello and continued synthesizer-generated ambience to accent the bereft melodies, which are themselves sweepingly panoramic. The big riffs are not as gut-rumbling as usually found in this genre, but the widely spaced drum beats are just as emphatic.

After exploring that track from A Key To Panngrieb, I discovered that Solitude Productions plans to release the second Narrow House album on May 19, 2014. Its name is Thanathonaut, and I intend to investigate it, too — though based on a band interview I read, there will be some significant changes in the length and sound of the music, with new instruments (sax and contrabass), clean vocals, and English lyrics, at least in part. For now, I’ll include below a trailer for the new album, which contains fragments of a song named “La Cité des Enfants Perdus”. I’m also including an official video for A Key To Panngrieb’s first track, “Последнее Пристанище (Last Retreat)”, along with the full-album stream from Bandcamp.

UPDATE:  After finishing the writing of this piece but before posting it on our site, I discovered that Narrow House launched a Bandcamp page (just yesterday) for Thanathonaut, with one new song available for streaming — “Crossroads”. It is indeed different from what’s on A Key To Panngrieb — and I’m including it below as well.