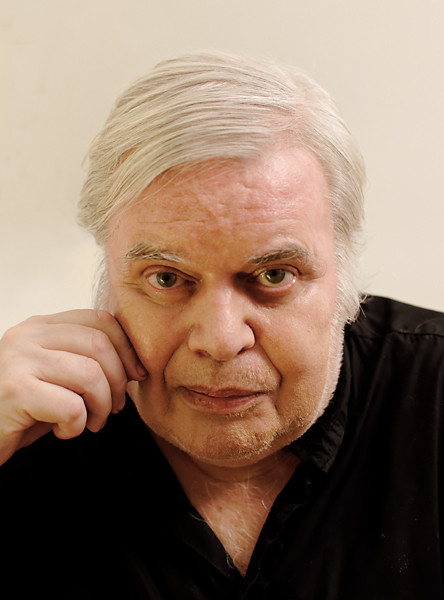 We’ve featured Giger’s work many times in the past, both here at the NCS site and on the NCS Facebook page, where I’ve been posting works of dark and surreal art every day for a couple of years.

His art doesn’t consist only of paintings and drawings — his sculptures, architectural creations, and furniture are also physical aspects of the distinctive otherworldliness of his 2D works. Many of those creations are housed in his own museum in a medieval castle in Gruyeres, central Switzerland, which I featured in a THAT’S METAL! post some time back.

To remember and celebrate Giger’s unique contributions to the visual arts, I’ve collected here some of his album covers and some photos of the bar at the Giger museum. Hover your mouse over the covers to see what you’re looking at. More pics of the Giger Museum Bar can be seen here).

And below all that, I’ve included a remembrance that Triptykon’s Tom G Warrior posted on the band’s Facebook page not long ago. 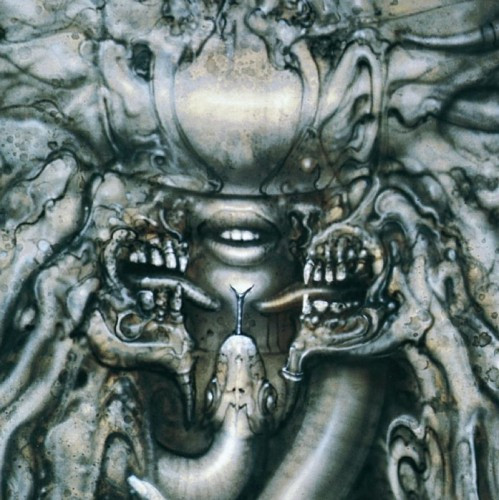 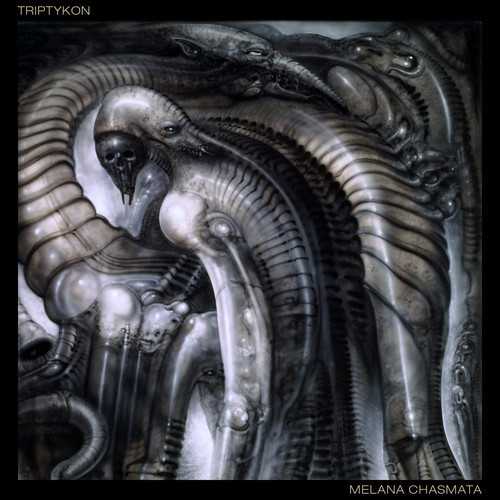 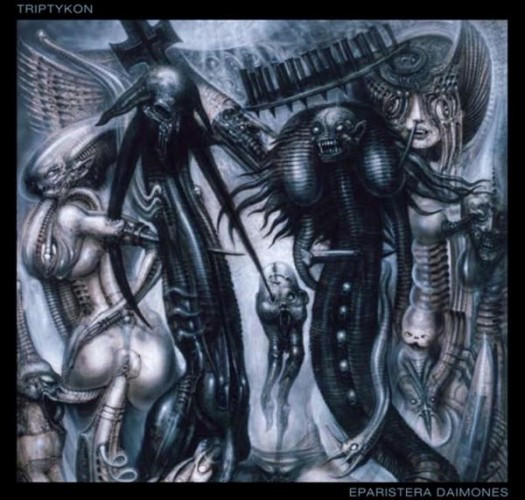 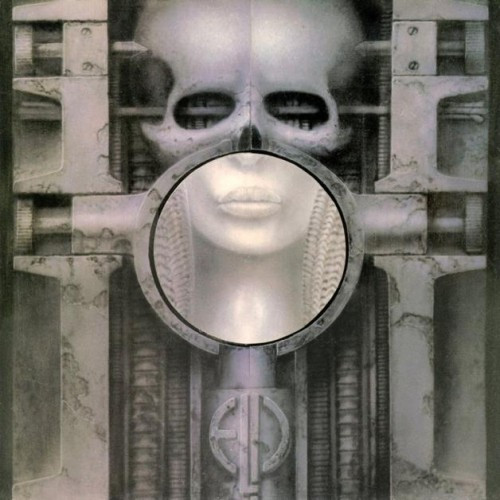 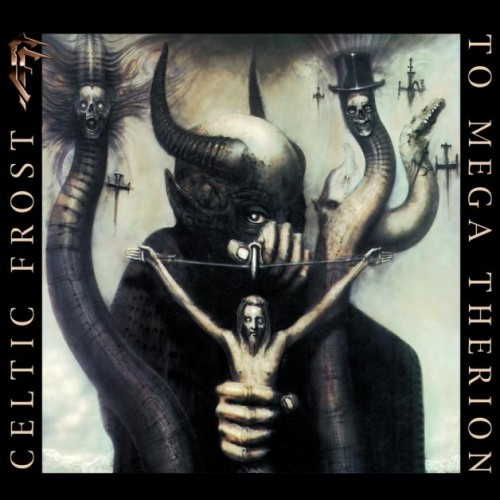 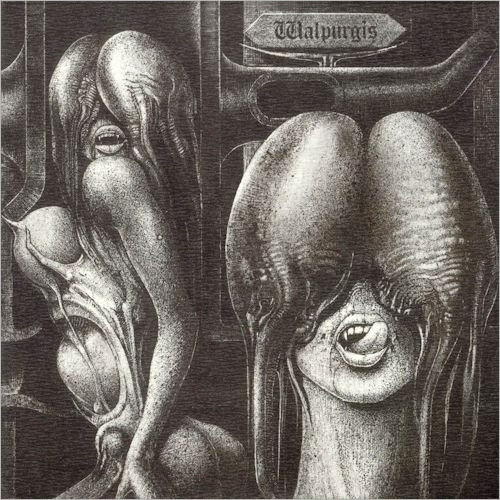 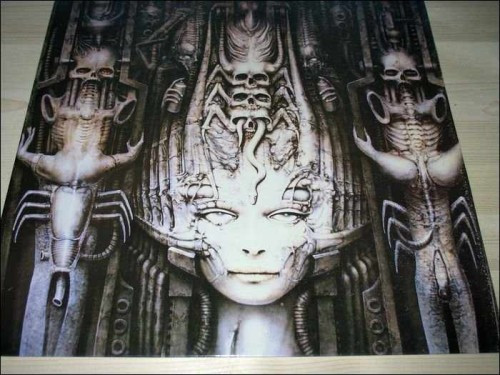 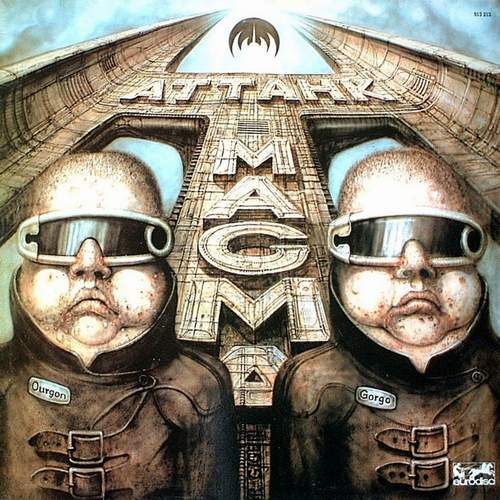 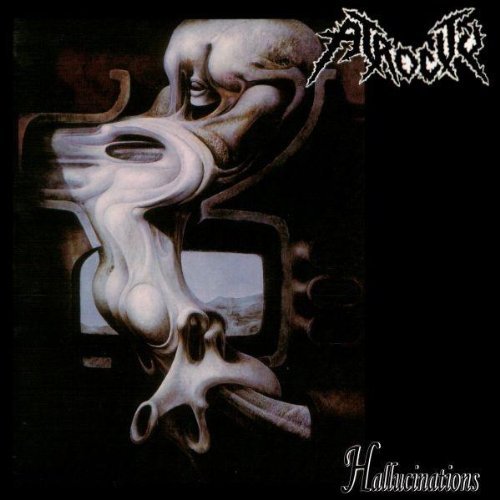 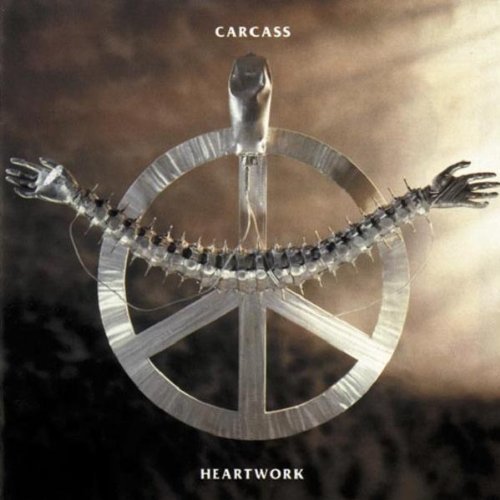 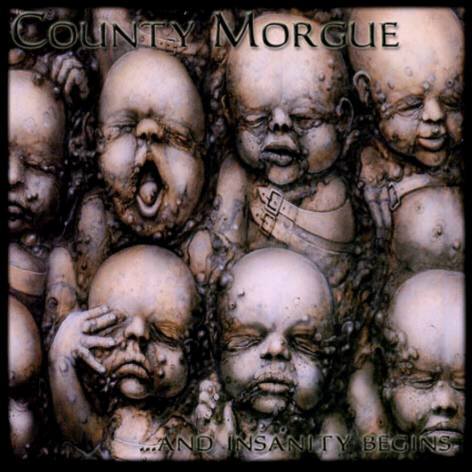 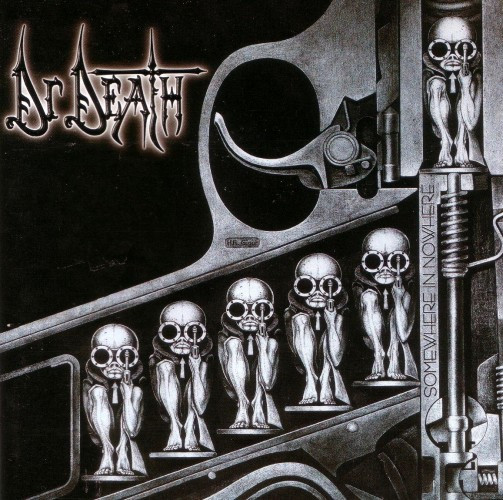 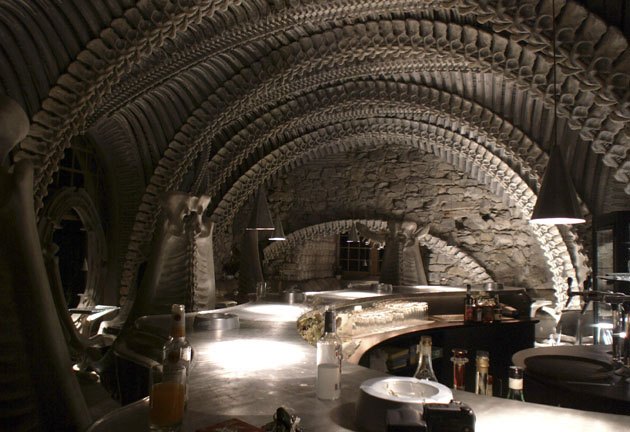 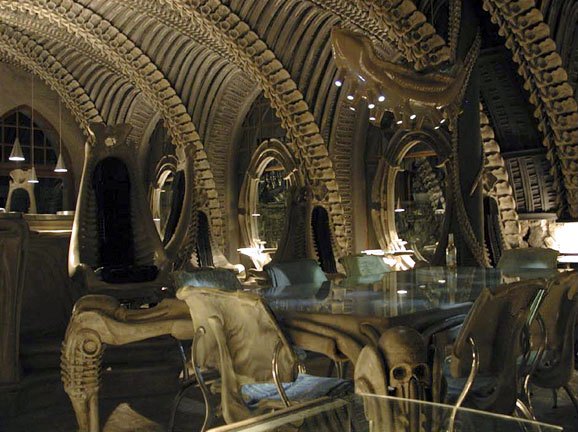 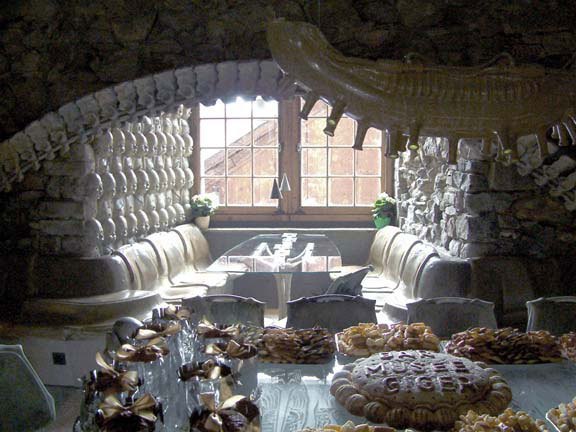 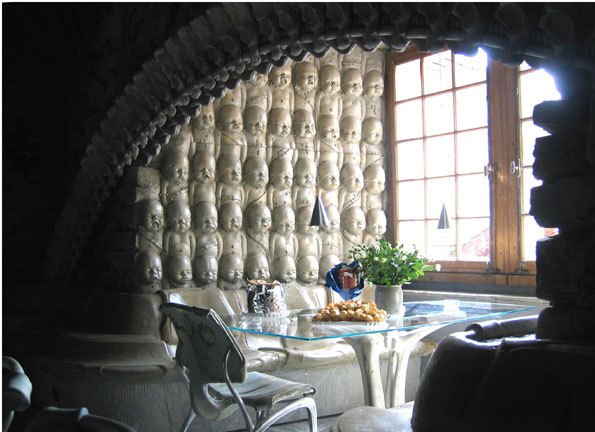 For the first time in 74 years, last night was a night not illuminated by the indescribable light that was H.R. Giger.

H.R. Giger became our mentor, against all odds, when we, somewhat audaciously, first established contact with him some 30 years ago. At a time when almost everybody ridiculed, ignored, or even obstructed the music the then almost completely unknown Swiss underground band Hellhammer was creating, Giger listened to us, talked to us, and gave us a chance. Not least at a time when he was at one of many peaks of his path.

A little more than a year later, his exceptionally stunning art made what might be one of Celtic Frost’s most important albums, “To Mega Therion”, even more significant. Other links to Giger’s universe also manifested themselves, almost as if it was predestined.

Eventually, after many more years, the mentorship became a friendship. It was a friendship and a personal connection I valued infinitely, and it also included his wonderful wife, Carmen, and many other remarkable people that were part of his circle.

When Celtic Frost came to an end so acrimoniously in 2008, H.R. Giger and his wife were among those who witnessed my uncontained despair and stood by me. That Giger subsequently agreed to collaborate with my new group, Triptykon, and thus enabled us to release our first album, “Eparistera Daimones”, with one of his most dramatic paintings on the cover meant the world to me.

It apparently pleased Giger, too. He told me so on several occasions, and he completely stunned me in October 2011 by proposing that we continue the collaboration between him and Triptykon. I would have never asked for such a thing, because I never would have wanted to appear insatiable. He brushed such reservations aside, and it was his mentorship, friendship, and art that enabled us, once again, to release a second album on which music and cover art formed a seamless symbiosis. Only a few weeks ago, he held the result in his hands and loved it.

Regardless of anything I may write about H.R. Giger, however, none of these words will ever be able to truly, accurately describe him as a person and as a friend. It is utterly inconceivable to imagine a world without his wit, his perception, his genius, his horizon, his determination, his humour, his friendship, and his immeasurable kindness. And yet, we are now left in exactly such a world.