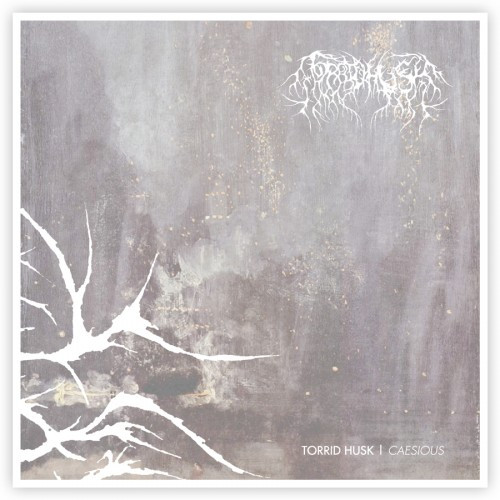 For an unpaid blog created by a small group of people on a part-time basis, I think we do a fair job of covering new releases across a broad spectrum of metal. But more metal is being created today than ever before, and we miss out on a lot of albums, EPs, and splits that deserve attention. Torrid Husk’s Caesious is a prime example.

Caesious is a three-song EP released in February of this year by Grimoire Records, and it was this West Virginia band’s second collection of music, following their 2013 debut album Mingo (yeah, we missed that one, too). It drew very favorable (and well-written) reviews from sites such as Metal Bandcamp and Invisible Oranges, but I still overlooked it. Fortunately, I’ve been given a chance to make amends by premiering the official video for one of the excellent songs on Caesious — “Cut With Rain”.

The video was directed and filmed by Tyler Davis (who is also the vocalist and guitarist for Maryland’s Barbelith) in the woods near Martinsburg, West Virginia, not far from the cabin where Caesious was recorded. It’s a beautiful setting, and the video is beautifully made.

The song itself is similarly attention-grabbing. It’s a head-whipping storm of black metal fury, energized by flaying riffs, off-the-hook drum work, and vocals that alternately scald and boom from cavernous depths. Not only is the music performed with truly impressive technical skill, it’s also memorably melodic — as well as viciously decimating. One of the things that makes the video so interesting to watch is the way in which Tyler Davis edited the imagery of a tranquil natural setting so as to fit music that’s essentially a riveting aural conflagration.

Torrid Husk’s Facebook page is here. Caesious is available on cassette and CD, as well as a digital download, at this location:

Now, here’s the video for “Cut With Rain”, followed by a player for the entire EP.

Torrid Husk – Cut with Rain from Grimoire Records on Vimeo.