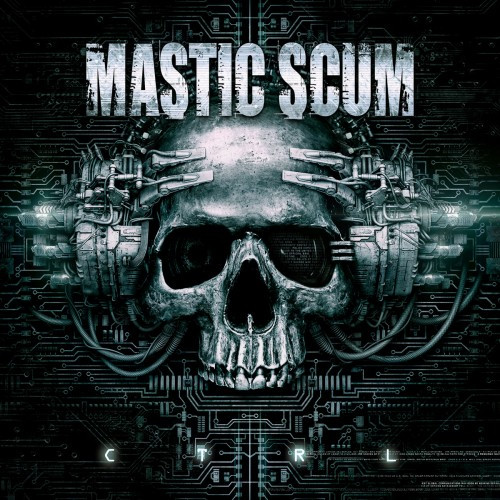 (DGR reviews the latest album by Austria’s Manic Scum, a band we’ve featured several times in the past here at NCS.)

Imagine for a moment, if you will, that the NCS offices are run like something out of a sitcom and that occasionally something will happen that will cause your lovely writers to flip out and fling a bunch of paperwork into the air while exclaiming to the world some form of prostration to a higher power after realizing that they had fucked up in such a way that could only be described as massive.

Now, imagine that this event took place over several days instead of all at once due to this lovely writer’s crazy work schedule when he realized that there had been a couple of albums in 2013 that he had every intention of writing about but yet had completely glossed over until one of the groups in mind released a music video for one of the best songs on the disc — and all of it came rushing back to him, causing him to reenact the above scenario with aplomb.

Every day, returning home from work and picking up every piece of paper — of which there were many, mostly ignored bank statements since it’s the only one I keep on my desk… and I don’t need a bi-weekly reminder that I’m fucking broke and only own one thing to put paper on, my desk — and then flinging them back up into the air so that they scatter all over my room, because if anything, I am a sucker for ambience, so that I could be reminded of the initial comedic/panicked state in which I started this review because I really, really felt the NCS readers deserved a fully in-depth look of this disc, and reminded that although it came out in goddamned December that they should really check said album out — though yelling, “Ah, Christ!” over and over again grew tiresome, so that was quickly cut out of the act.

Such was the case was Mastic Scum and their hammering 2013 release CTRL. 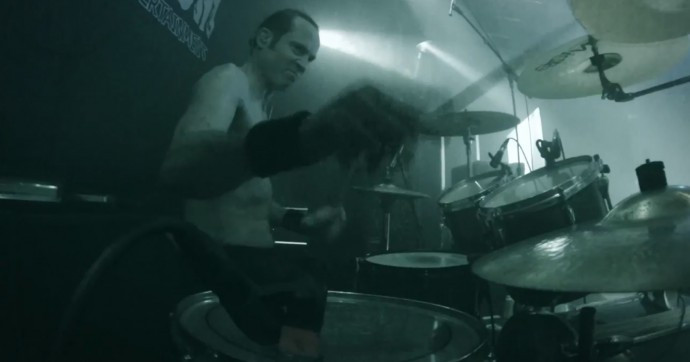 Mastic Scum are a long-running Austrian grind band who over time have skewed heavily toward a mechanical, chugging, industrialized death metal sound. They’re one of the bands I was turned on to by the group Distaste late last year as the latter were about to head out on tour with them. We’ve posted about them a few times at NCS, but their recent release of a video for the song “Cause & Effect” was a breaking point, and a reminder that CTRL was one of those albums I had been jamming non-stop at the beginning of the year yet had never reviewed.

Mastic Scum are one of those bands who have figured out how to mechanize brutality, and CTRL is one endless display of that as the group pound through riffs and guitar parts with absolute abandon, like a psychotic flinging the organs of his latest victim all over the room. The band rarely play with the idea of guitar leads, and the solos are short-lived and effective, instead structuring every song to consist of multiple heavy grooves and chugs to keep heads nodding and pits growing. Every single blast beat contained within CTRL is like being hit in the chest with a battering ram, and every listen to this disc is one prone to leaving the listener with a bangover by the time it wraps up.

The group’s grind roots pop up time after time, because even though at this point they’ve adopted a mechanized and violent death metal sound they still accelerate to 110 with breakneck speed in the middle of a song and just blast walls down. This is the sort of sound many industrial metal bands wish they could generate, because Mastic Scum cut absolutely no corners and make zero compromises with their sound — everything is in service of the next heavy groove, chug, and low-end riff, with just the slightest bit of electronics and unnerving guitar effects to keep you on edge. This is the sort of sound many of the groove-heavy bands who describe themselves as Industrial Death should be aiming for. 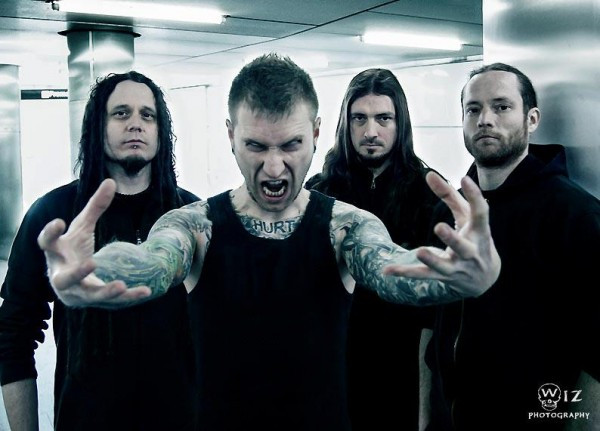 The album begins with a hefty dose of brutality in the triplet of “Controlled Collapse”, “Dehumanized”, and “Cause & Effect”. If you’re a first-time listener, these three songs have enough hooks in them to work like Pinhead and rend your flesh from your corporeal form and keep you locked in place for the rest of the disc as the band batter you into the ground like driving a post.

“Cause & Effect” is especially ruthless in the band’s desire to get heads nodding, designed around a pretty simplistic chugging groove riff that is stunning in its efficiency, the sort of thing many suffix-core bands would kill for. The whole song is designed to get a floor moving — and who knew that something as simple as a guitar mimicking an EKG machine and serving as the pulse of a song could constitute a melody and make a song catchy as well?

Vocalist Maggo Wenzel (new to the band since 2008) ranges from a full-throated death metal growl to a mid-range yell on the song and even expands into an absolutely feral high on the rest of CTRL. He spends most of his time in the growl, but he’s pretty easily understood, with the result that a few of the songs feel like artisan-constructed shout-chorus generators; given that the band have had twenty-plus years to ply their craft, this is none too shocking.

Albums like CTRL live or die largely as a consequence of whether the band realize when exactly it is time to change things up a bit, when they’ve stretched a certain sound too long and it’s time to move at a different pace — otherwise the disc flows weirdly and you have long stretches where songs tend to blur into each other. Mastic Scum’s sound adds a degree a difficulty to this challenge, given that they are formulated entirely around a mechanical death n’ grind brutality, so knowing exactly when to switch motions at the drop of a hat is critical.

Thankfully, CTRL is a good demonstration of how to do this. Sometimes, the change happens mid-song as the band switches right into a tightly picked death metal riff, with drummer Man Gandler showing absolutely no fear in just kicking forth a hurricane wall of blasts to punctuate the fortified base of guitar and bass in front of him. The album’s mix adds an extra bit of force to each assault as well; the group remain heavily grounded in the low end, so the snare and bass combo come through extremely punchy, making the usual comparisons in metal reviews to violence take on a sense of realism, because a full run-through of the eleven tracks with no filler contained on this disc is a real ass-kicker.

Albums released in December often have the burden of flying under the radar — many sites are buried in their usual ego-stroking of year-end lists, so those December releases are often relegated to the back burner. Many will make a valiant attempt to try and talk about them eventually, and most succeed, but there are always a few for which we find ourselves paying penance for our neglect… and others that are only discovered in the new year. CTRL is a combo of both. We’ve mentioned the disc before, but allow me to say this: This album would’ve forced its way into my year-ender had I paid more attention to it at the time of its release because it is the sort of straightforward brutality for which I come to both industrial death and grind.

The group have that precise, ultra-polished, crafted feel of a machine clicking out one track after the next without any misses or off-time bits whatsoever. Nothing feels organic; it is a very cold, sterile brutality, like an expert mortician making art out of the latest body to come into the room to be autopsied. On top of this you have the teeth-shattering movements of grind, where the group move into the light-speed clip that I have come to appreciate, as if the genre had become an extreme sport and the adrenaline boost is something to feed off of. The moments where the band turn absolutely feral really push CTRL into another realm, and the songwriting on display is really good.

Even though we’re already close to halfway through 2014 (REALLY?!) this one is worth hopping into the time machine and jettisoning yourself into the past for the thrill of its discovery. The mechanized skull on the cover isn’t so much an artistic choice as it is a warning.