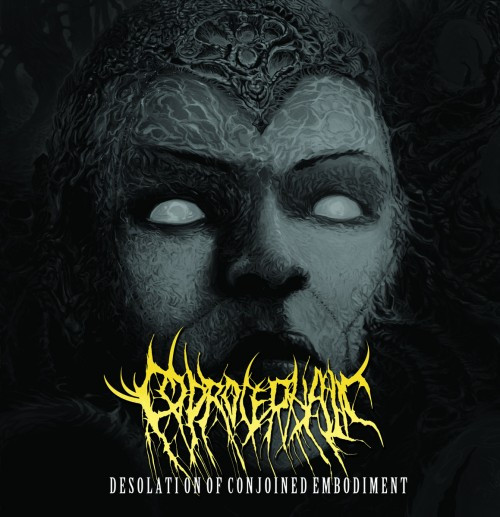 Coprocephalic are a multinational band, with two members in Taiwan and one in Southern California. Their debut album Gluttonous Chunks descended in 2013, and they have now signed with Lacerated Enemy Records for the impending release of their new album The Oath of Relinquishment, as well as a limited edition EP that will precede the album — Desolation of Conjoined Embodiment.

The new releases feature the eye-catching artwork of one of our favorites, Ken Sarafin (Sarafin Concepts), and both the EP and the album include guest vocal appearances by a trio of brutal heavyweights — Matti Way (Pathology), Angel Ochoa (Disgorge), and Jeremiah Blue Jensen (Guttural Secrete).

Today we bring you the debut of the EP’s title track, “Desolation of Conjoined Embodiment”, which features guest vocals by Angel Ochoa. Measured strictly by the commonly accepted defining standards of brutal slamming death metal, it is a highly accomplished piece of merciless thuggery. But more is going on in the song than a decimating beatdown. 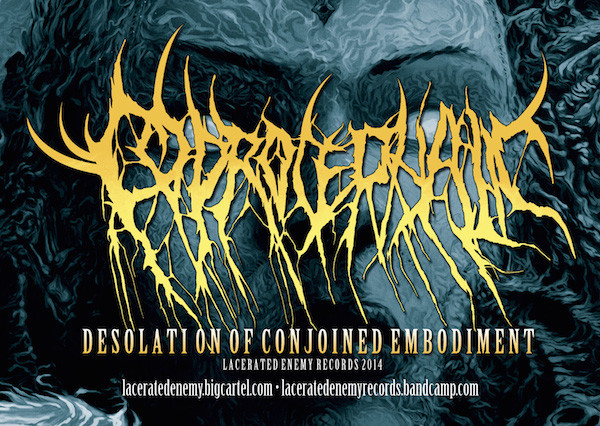 Coprocephalic definitely deliver bone-grinding riffs, obliterating drumwork, and a few judiciously selected hammering slams, but they also weave into the assault alien melodies that give the music an otherworldly ambience, along with some flashy fretwork and of course utterly bestial vocals. The production also galvanizes the song with an overpowering sonic force.

The Oath Of Relinquishment

Digital downloads can be pre-ordered at this location:

Find Coprocephalic on Facebook via this link — and now, check out “Desolation of Conjoined Embodiment”:

One Response to “AN NCS PREMIERE: COPROCEPHALIC — “DESOLATION OF CONJOINED EMBODIMENT””