(In this post TheMadIsraeli reviews the forthcoming new album by Poland’s Vader.)

Can we just agree at this point that Vader is the Clint Eastwood of death metal? Clint Eastwood, in all of his films where he has appeared as an actor, has basically put out nothing but awesome movie after awesome movie. They have only varied in degrees of how good they are, but if I were to think in terms of a personal one-to-ten scale, Eastwood has never scored below an eight, even at his worst, despite (or maybe because of) the fact that his on-screen persona rarely changes very much. I view Vader in the same way; they have that Clint Eastwood trait of never changing dramatically, merely showing different shades and sides of themselves.

I mean yeah, the band have had their The Bridges of Madison County (The Beast in their case, which strayed into some slightly different territory), but the fact remains that Vader have been a band who are metal, war, and imperialism incarnate. They’ve done this consistently for years with inhumanly good results.

At this point, that history also makes Vader albums pretty difficult to review. Not because they are hard to describe, but because “It’s a Vader album” tells you what you need to know. It’s almost as if there is no point in reviewing their music any more because it has proven itself so remarkably consistent in quality, and it’s not as if they’ve ever taken a huge step outside of their box either. With that said, though, I’m enthusiastically rabid for Tibi Et Igni. It has been on never-ending repeat since we got the promo for it. 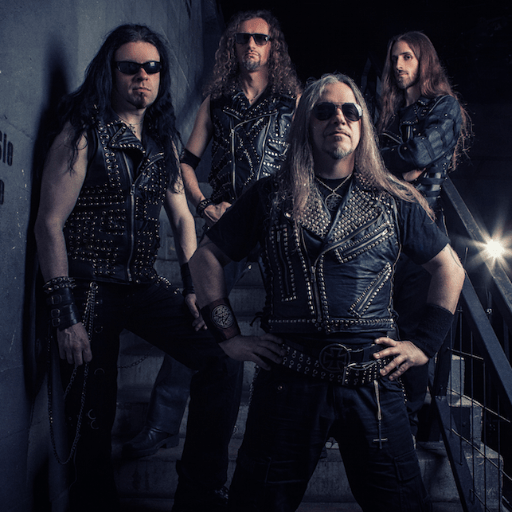 I’m also reviewing this album, as much as I wasn’t inclined to before hearing it (because of that assumption that it would be “a Vader record”), because Tibi Et Igni feels like the sequel to one of Vader’s more under-discussed releases, The Art of War, a five-song EP that contains some of the band’s best songs. That EP sets itself apart in that it has a very militaristic vibe.

I’m sure there’s someone reading this who’ll remember the label “War Metal”, which was as non-descriptive and pointless as “Dark Metal” or “Tech Metal”. That EP was the first and only release I can recall where I felt that “War Metal” would have been an appropriate descriptor. It was still thoroughly Vader, but they definitely channeled a more precise and efficient version of their sound on that release, in addition to making choices in symphonic instrumentation that had militaristic values. Tibi Et Igni is essentially a full-length representation of that approach. The album also exhibits quite a bit of thrash metal attitude and adrenaline, which is another quality it shares with The Art of War.

I will say that as much as I loved the band’s last album, Welcome to The Morbid Reich, Tibi Et Igni feels more fresh, more concise, tighter, and more brutal. The riffs stand out a lot more, the song structures create a sense of drama that pull you in more deeply, particularly in the way symphonic elements and strings have been used when they rear their heads.

This year for me has been absolutely insane as far as death metal has been concerned. I’ve rarely had years when I liked so much pure death metal in the flood of new releases. Of course, Vader just had to reinforce that impression by releasing another killer record. Again. It’s trademark Vader — it’s brutal, it’s epic in scope, and fuck me if “The Eye of The Abyss” isn’t one of the best songs the band have ever written. Wouldn’t be surprised if it becomes a live set staple.

Yes, it’s a Vader record, and it’s an excellent one at that. Would you really expect anything else? Because it’s a Vader record, it automatically becomes one of the year’s highlights for me. You should be picking this up if you want death metal marred with veterans’ scars that look like a fucking art piece. It’s genre-epitomizing death metal.

Tibi Et Igni will be released May 30 (EU), June 2 (UK), and June 10 (NA) via Nuclear Blast Records. Pre-order here. Vader’s Facebook page is at this location.