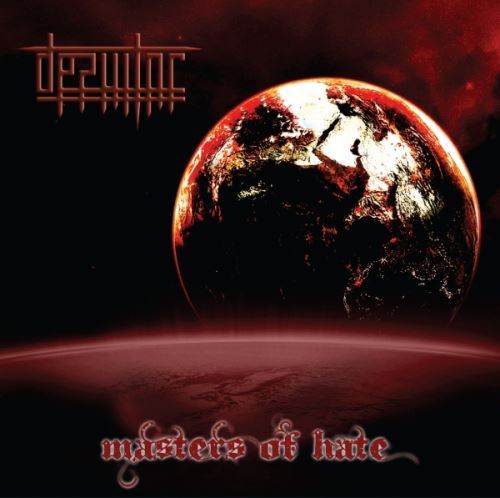 I’ve been attending a two-day picnic with friends and co-workers, this Sunday being the second day.  On the one hand, it’s been a shitload of fun. On the other hand, it has diverted from me from catching up on new metal, and I was really far behind even before the weekend began. But I hate to let a day go by without posting something, so I grabbed a few things to throw your way. This is a truly random assortment, but perhaps it will prove entertaining anyway.

My NCS comrade Andy Synn sent me a link to a debut album entitled Masters of Hate by a Swedish duo named Desultor that’s streaming in full on YouTube. I’ve been listening to it with half an ear while doing some other things, which is hardly a good way  to listen to an album. And this obviously isn’t a review. But the album is so striking that I thought I would at least pass it along.

The first track is a two-minute introduction that sounds a bit like something from 2001: A Space Odyssey. It makes the songs that follow all the more surprising. The music is an explosion of extravagant melodic death metal. The blazing instrumental work is almost completely overpowering, with massive jet-fueled riffs and off-the-hook percussion roaring like a silo on fire (Hour of Penance and Fleshgod Apocalypse came to mind as I listened). The songs are hugely infectious while also unleashing an obliterating sonic assault.

The majority of the vocals are clean, and they remind me of Dave Hunt’s soaring clean vocals for Anaal Nathrakh; their juxtaposition with the raging storm of the music is really interesting here, as it is in the latter band’s music. The album includes two or three other harsh vocal styles as well, and the diversity is a plus. The instrumental performances on this album are also technically very impressive, with some completely delicious melodic guitar leads and solos in the mix.

I strongly recommend you check out this album. It’s a revelation. 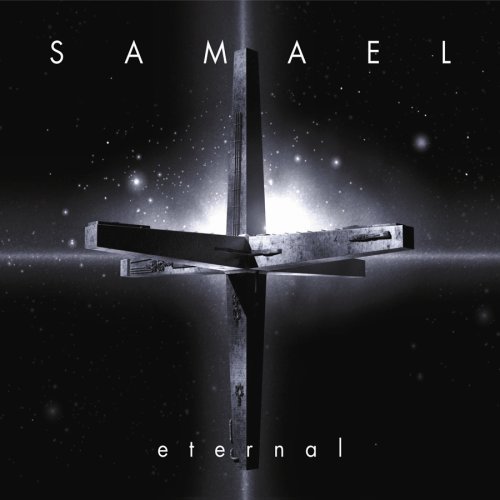 I warned you this was a random collection of music. This next song is “Year Zero”. The band isn’t Ghost, however. It’s the Swiss band Samael, and the song is from their 1999 album Eternal. There was something about that Desultory album that made me want to listen to this song again after having forgotten about it for a long time. The style of music isn’t the same. Maybe there’s a certain kindred spirit between them.

Anyway, I really like the song. Hope you will too.

To wrap up this little collection, I have an item that would have been perfectly suited for a “That’s Metal! — But It’s Not Music” post.

On May 9, 2014, a coronal mass ejection (CAE) burst off the side of the Sun. A NASA observatory called the Interface Region Imaging Spectrograph (IRIS) was pointed at the area of the sun where the CAE occurred and captured it in a video that NASA released yesterday. According too NASA, “The field of view seen here is about five Earth’s wide and about seven and a half Earth’s tall.”

The video doesn’t last long, but it’s beautiful to watch — in a thoroughly hellish kind of beautifulness, given that this brief event was so massive that it likely would have incinerated our planet had we been in the neighborhood when it happened.

(credit to Andy Synn for the tip about this)