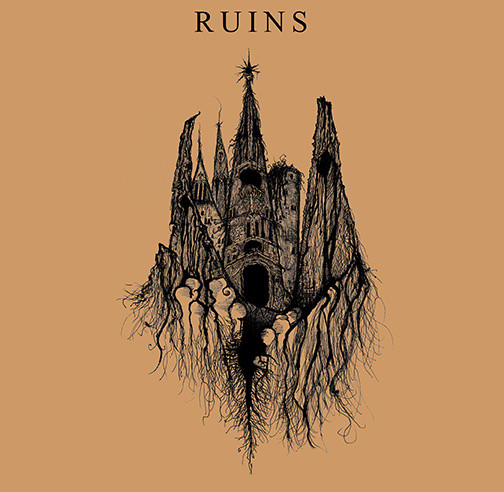 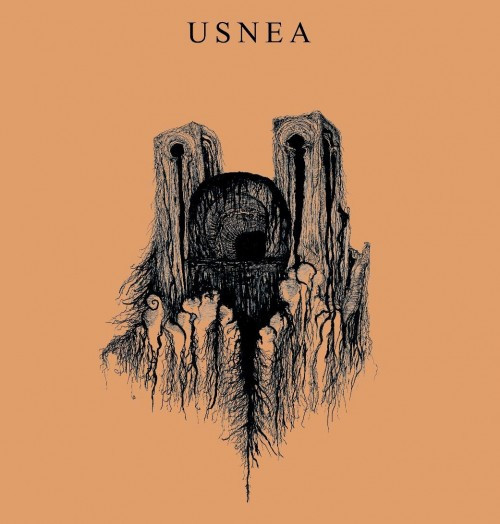 Usnea are from Portland, Oregon, and they made their debut with a self-titled 2013 album on Orca Wolf Records (they have a second full-length coming on Relapse). Their song is “Only the End of the World”. It sets the hook early with a chiming guitar melody that becomes the basis for variations on the theme as the band magnify the gravitational force of the song with a sludge-heavy low-end. The music becomes progressively slower — and more harrowing, as the pace descends into an agonizing crawl and the vocals change from gargantuan roars to the constricted howls of a man being strangled with razor-wire. It’s an emotionally raw and ravaging slice of sludge/doom, both searing and spine-shattering — and memorable.

As mentioned above, Usnea have recorded a new album named Random Cosmic Violence that will be released by Relapse Records this fall. Word is that it will be a double-vinyl consisting of four songs that span 57 minutes.

Below you can stream the songs, and I’ve also included a batch of relevant links. The music is available on Bandcamp and vinyls are being sold by Halo of Flies in the U.S. and Twisted Chords in Germany. 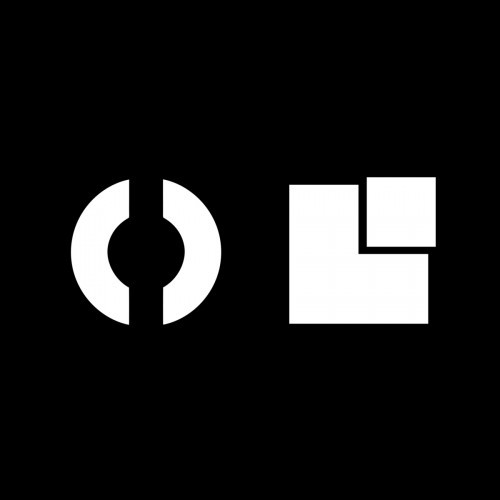 This next split comes from two Scottish bands, both from Edinburgh, and it also proved to be an interesting contrast in styles.

Shudder’s music is new to me. As far as I can tell, the two tracks on this split are their first recorded efforts, though the same duo released an EP last month under a different name (The Silent), which is available here. The beginning of “Bastion” took me aback — a cappella clean vocals separated by spaces of silence, followed by slow reverberating guitar chords. The rhythmic tick of cymbals promises something more energetic, but the pacing remains relatively slow until near the end, and the vocals remain clean, the spaces punctuated by bursts of discordance, scraped strings, and whispers of somber melody. The following song, “Dusk”, employs similar techniques, mixing hypnotic guitar melody, bursts of rambunctious percussion, and the dissonant clang of hammered strings. It builds to a noisy crescendo, with those clean tenor vocals wailing over the top.

Shudder’s songs are definitely off our usual beaten paths, more noise rock than metal, but after several listens I found myself drawn into their bleak, anguished ambience.

Sectioned are the only band in today’s foursome that I’ve written about before at NCS (all the previous writings are collected here), and I continue to be impressed with what they’re doing. Their contributions to the split consist of five songs that total about 13 minutes, and they waste no time lobbing sticks of lit dynamite into the aura of morose meditativeness created by Shudder.

Sectioned weave together the explosiveness of grind and the heavy bludgeoning of metallic hardcore. The riffs are hard and heavy, alternating between head-whipping fury and the off-pace punishment of a crowbar being methodically applied to your kneecaps, while the drumwork alternately spits bullets and lobs mortar shells. Strains of unsettling guitar melody find their way through these varied forms of destruction, but the shrieking vocals are uniformly unhinged.

Sectioned seem dedicated to keeping listeners off-balance, and their impressive instrumental and songwriting talents are well-used to achieve that objective.

This split is available for “name your price” download on the Bandcamp pages for each band (linked below) and can be ordered on CD there as well.